There is no written copy of the ritual used for induction of members into the Order throughout the 1915 Treasure Island camping season.

In 1965 the Unami Lodge released a copy of a ceremony purported to be the first ceremony. However, after discussions with Arrowmen active in the Lodge in 1965 and with the 1975 Lodge Chief, Phil Hittner, it is clear that the “first ceremony” released was a composite of later ceremonies and editorial license was taken based on what was believed to have happened. Factually the following is known: 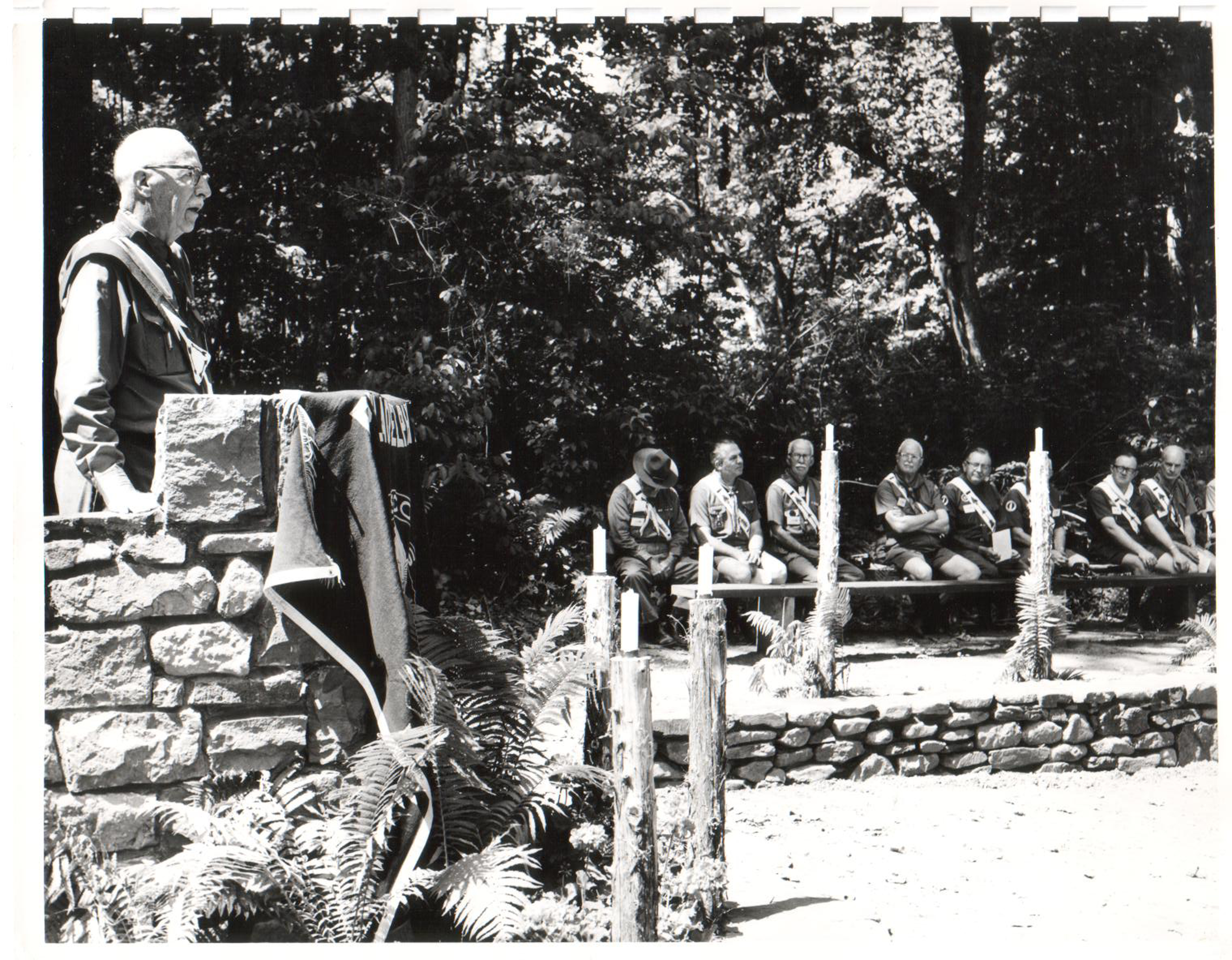 George Chapman shared in his writings the following:

“Shortly after camp opened, Urner Goodman had explored Treasure Island in order to select the most appropriate place for the location of the Council Fire. He selected a site in the south woods of the island, far removed from the ordinary activities of the camp, and Edson agreed with him that it would be an ideal spot.

William D. Boyce was an American businessman and millionaire who owned numerous newspapers in the United States and Canada as well as a publishing company. In the early 1900s, he started to focus more on philanthropic projects than on business matters. It was during this time, as he was traveling around the world, that legend has it he was shown his way in London by an unknown Scout. The story goes on that the Scout refused gratuity, merely doing his duty as a Scout. The Scout is said to have then directed Boyce to the Scout headquarters.

When the Treasure Island staff planned the first induction, Urner Goodman had one Scout in mind as the model of cheerful service he wanted for its members - Billy Clark.  Billy was a member of Philadelphia's Troop 1, led by Scoutmaster Goodman and is listed in their records as an “Assistant Scribe.” Years later Goodman described a troop campout at Treasure Island.

One time during our stay there, one of our charges came with a minor sickness. There was no medicine, no hospital on the island at all. So he had to stay in his tent and he had to be taken care of. Billy volunteered to be our live-in nurse for the two or three days he had to be there. And he did a good job of it.

It would help bring together young people from various so-called stations, break down the barriers that society has foolishly placed upon them, and establish in their minds when they are young a finer kind of humanity, a real understanding that the important thing is the association of a human spirit.