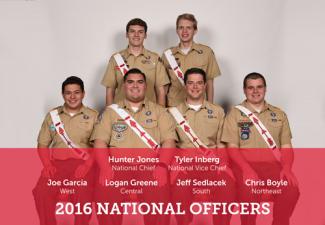 Meet your 2016 national Order of the Arrow officers! They were elected by their fellow section chiefs at the 2015 National Planning Meeting in Dallas, TX. 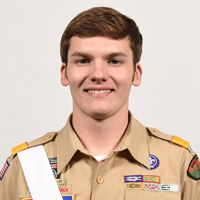 “2016 will be about developing our plan for our next 100 years. This plan will include finding how to grow our Order by meeting the needs of tomorrow’s youth.”

Hunter is from Middle Tennessee Council in Nashville, TN. He is an Eagle Scout and Vigil Honor member of Wa-Hi-Nasa Lodge. Hunter has served previously as section chief for SR-6 and the lodge chief of Wa-Hi-Nasa Lodge. He is the recipient of the Centurion and Founder’s Awards and in a James E. West Fellow. Hunter is studying animal science and pre-med at the University of Tennessee. In his spare time, he enjoys trap shooting, boxing and traveling. 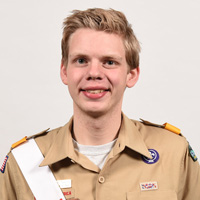 “We have such a great opportunity with NEXT to turn the enthusiasm from the centennial year into applications and ideas for the lodges! I’m excited for this next year!”

Tyler is from the Cascade Pacific Council in Portland, OR. He is an Eagle Scout and Vigil Honor member of Wauna La-Mon’tay Lodge.  Tyler has previously served as the section chief for W-1S and as the conference vice chief of the Activities and Recreation committee at NOAC 2015 in addition to previously serving as the vice chief of administration for his lodge. He is a recipient of the Founder’s Award. Tyler is studying electrical engineering at Oregon State University. In his spare time, he hiking, camping, mountaineering, and watching Netflix. 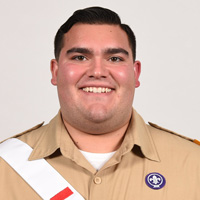 “I am looking forward to helping set the foundation of leaders as we propel into the first year of the Order’s new century!”

Logan is from the Hoosier Trails Council in Bloomington, IN. He is an Eagle Scout and Vigil Honor member of Nischa Chuppecat Lodge. He has previously served three terms as the section chief of C-6A and two terms as lodge chief. He is the recipient of the Founder’s Award and is a lifetime member of the National Eagle Scout Association. Logan is triple majoring in professional aviation flight technology, aviation management, and unmanned systems at Indiana State University. In his free time, Logan enjoys flying in hopes to one day become an international flight captain. 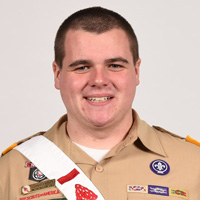 “I’m excited to see so many people coming together to make our entrance into our second century a year to remember.”

Chris is from Theodore Roosevelt Council in Massapequa, NY. He is an Eagle Scout out of Troop 590 and Vigil Honor member of Buckskin Lodge. He has previously served as a ceremonialist, Chapter Vice Chief, Section Chief of section NE-2B and the chairman of the Northeast Region’s Cub Scout task force. Chris studies public policy at The State University of New York at Albany. In his free time, Chris enjoys listening to music, camping, hiking and watching the NY Mets and Jets. A fun fact about Chris is that he belongs to an all-male acapella group called The Earth Tones. 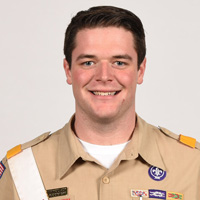 “I look forward to working with all of the section chiefs throughout the year to work on NEXT.”

Jeff is from the Old Hickory Council in Winston-Salem, NC. He is an Eagle Scout and Vigil Honor member of Wahissa Lodge. He has served previously as the section chief of SR-7B and twice as lodge vice chief, once for activities and once for program. He is a recipient of the Founder’s Award. Jeff attends Surry Community College where he wants to major in political science or public administration. In his free time, Jeff enjoys playing disc golf, backpacking, and camping. 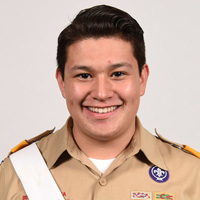 “I look forward to what NEXT has in store for all of us, in addition to working with my fellow region chiefs and my section chiefs.

Joe is from the Grand Canyon Council in Phoenix, AZ. He is an Eagle Scout and Vigil Honor member of Wipala Wiki Lodge. He has previously served as the section chief of W-6W and two terms as lodge chief. Joe is a recipient of the Founder’s Award and a James E. West Fellow. Joe is a graduate of Peoria High School and plans to attend the American Musical and Dramatic Arts Academy or Northern Arizona University this fall. In his free time, Joe enjoys doing impressions, performing with his improv group, as well as reading and following politics.