The below testimonial is excerpted from C.A. Wiese recounting the Treasure Island Experience:

Once on the island you become immersed in a paradise of a pure Scouting environment. The waters that surround it assure an incomparable experience. The Delaware River is why the island exists water dictates the encounter. The waters can be deep and fast or shallow and telling. To begin the journey you cross this mighty river from mainland Pennsylvania to the softly rounded stones that make up the shores of the island. A carefully guided barge trip makes the impossible, attainable. For young and old the passage provides a long look at the island from a distance and hints at the promise that is soon to be delivered. Then, you are there upon those shores and the wonderment is all around you for the entire time that you abide.

The Philadelphia Council was proud of its new camp and pushed hard for the troops in the Council to attend Treasure Island Camp. The first year was successful as many troops came to the island camp to see what it was all about. One of those keenly interested was Scoutmaster E. Urner Goodman. Mr. Goodman brought his Troop One from the Tioga Presbyterian Church in Philadelphia for summer camp in both 1913 and 1914.

In 1915 Philadelphia Council appointed Field Commissioners E. Urner Goodman Camp Director and Carroll A. Edson Assistant Camp Director in charge of commissary. In that capacity they founded the Order of the Arrow and built the Council Fire Ceremonial Circle. Soon after the founding, Unami Lodge commenced construction and built a lodge house on the Island. In the early years of the camp every Scout did not receive a patch. Instead, a Scout could meet a challenging set of requirements of various types of Scoutcraft to earn a camp monogram. Earning a monogram was the camp equivalent to earning a varsity letter. It was meaningful and only the more skilled Scouts could earn it. The original monogram had the letters “TIS” for “Treasure Island Scout”. In the Mid-1920s the monogram was changed to “TIC” which stood for “Treasure Island Camper”. The OA was a program that complemented the camp monogram system by focusing on spirit, leadership and service instead of Scoutcraft skills.

Through the years, improvements were made to the camp including the construction of multiple buildings. Treasure Island Scout Reservation actually consisted of two islands. Treasure Island is connected to, Marshall Island (also known as Eagle Island) by a small bridge. Marshall Island is where the rifle and archery ranges were located. By a quirk of geography, Marshall Island is slightly closer to Pennsylvania than it is to New Jersey. The ranges were located there because Pennsylvania gun laws were less stringent than New Jersey.

Unfortunately, the Delaware River, the singular feature that creates the uniqueness of the Treasure Island summer camp experience has proven to be the cause of the camp’s demise. Through the years there have been major floods that have inundated Treasure Island. Floods over the millennia are what created Treasure Island. Floods impacted the camp in the 1930s and 1950s (the flood of 1955 in particular). Then in the 2000s three so called “hundred year floods” occurred in 2004, 2005 and 2006. The camp was fully repaired, but the Cradle of Liberty Council still had millions of dollars of maintenance and repairs required for electrical and sanitation. And even if the money could be raised, there would be the risk of it all being wiped out again.

Treasure Island has not reopened since the 2008 summer camp season. Volunteers maintain the camp for the local council. Many still hope that the camp that Goodman watched over on that night in 1915 that he kept his vigil will one day serve Scouting again. 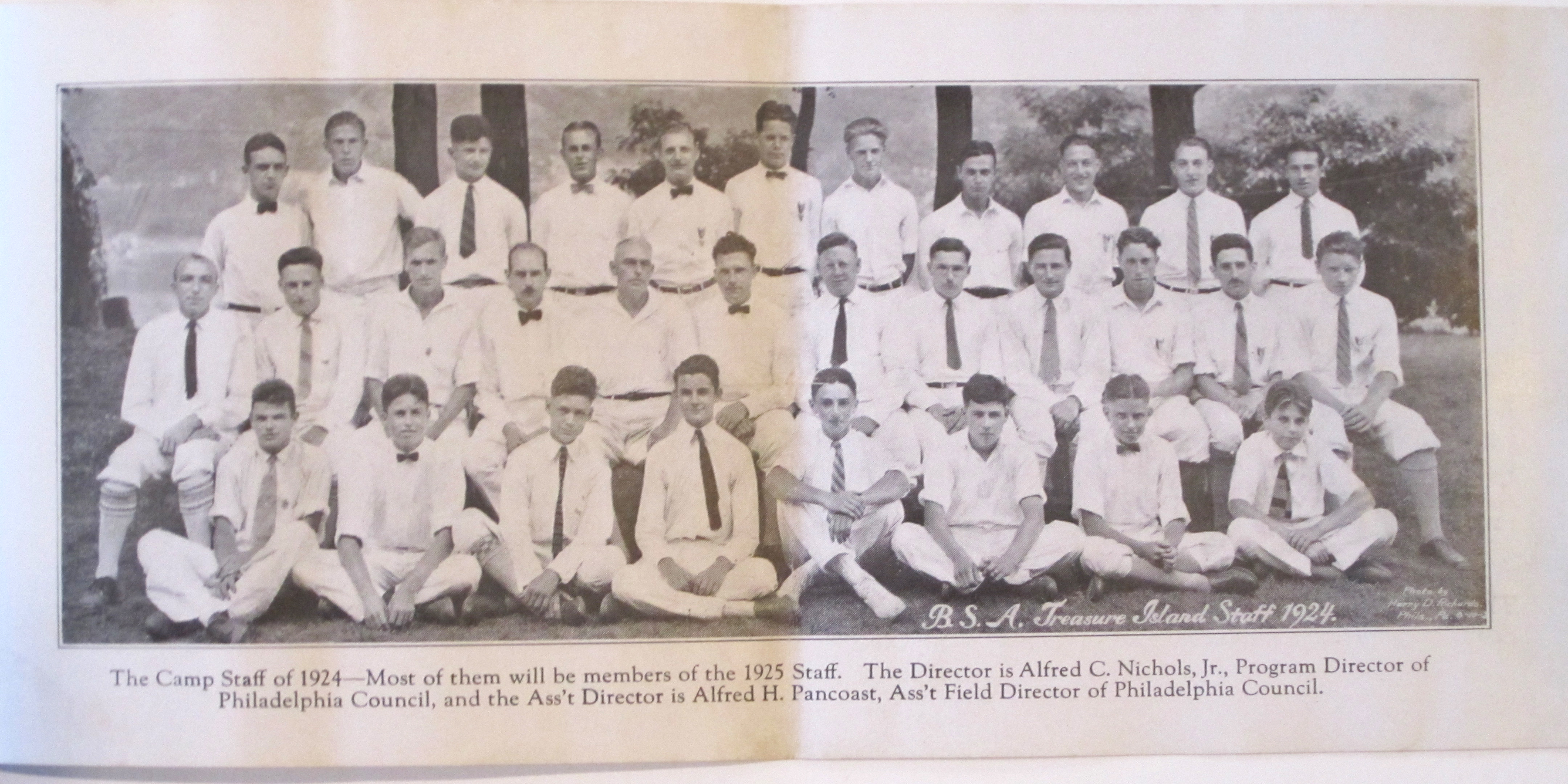 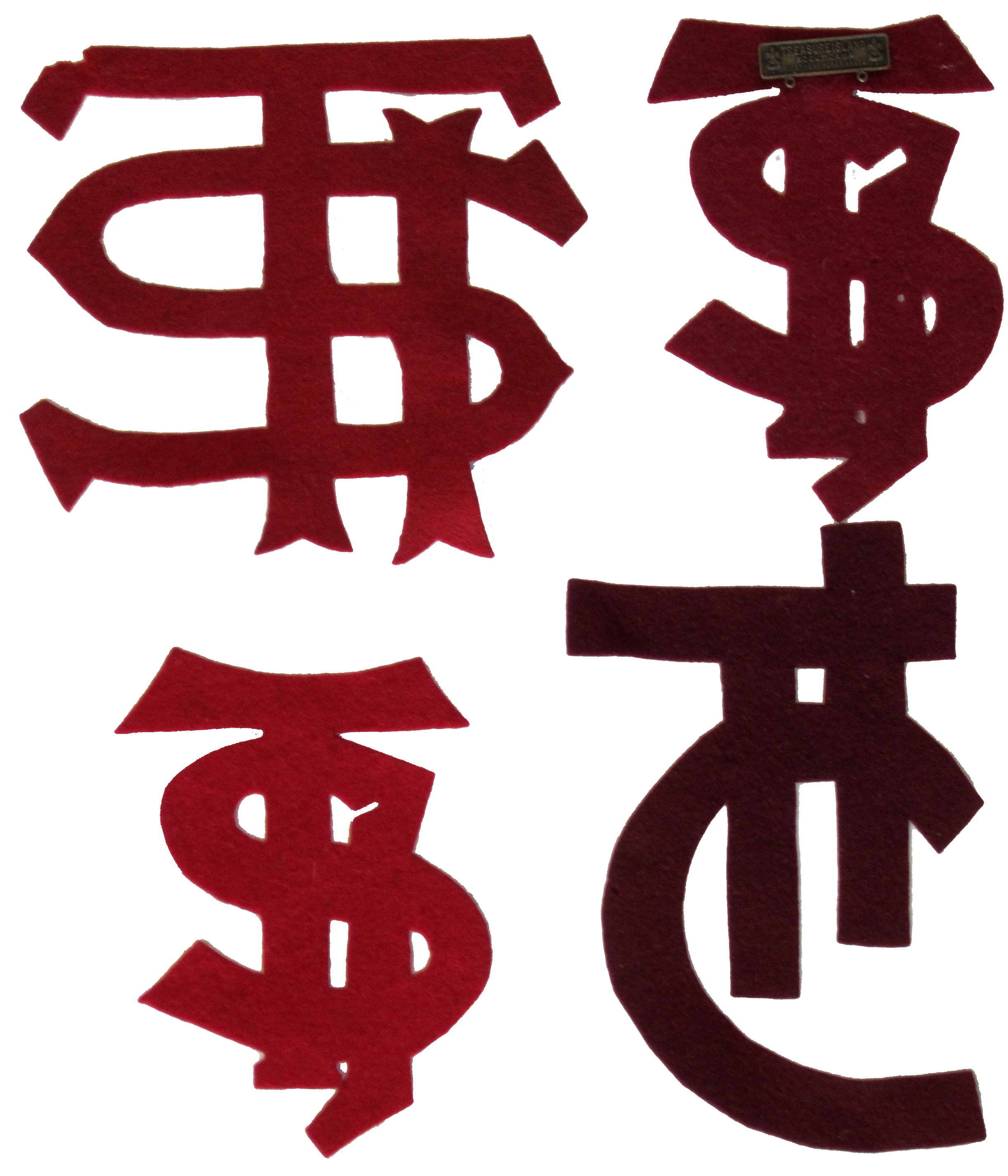