1969 National Order of the Arrow Conference

The OA returned back to Indiana University for a sixth time to hold the 54th Anniversary National Conference (what we now call a NOAC). While the term “Conference” had replaced “Meeting” for a number of years, the 1969 Conference patch was the first to actually say “Conference” on it. The Conference theme chosen by the National Planning Committee was “Pathways to Service”. A record 4,421 Arrowmen attended the Conference. The national meetings were still growing in size. 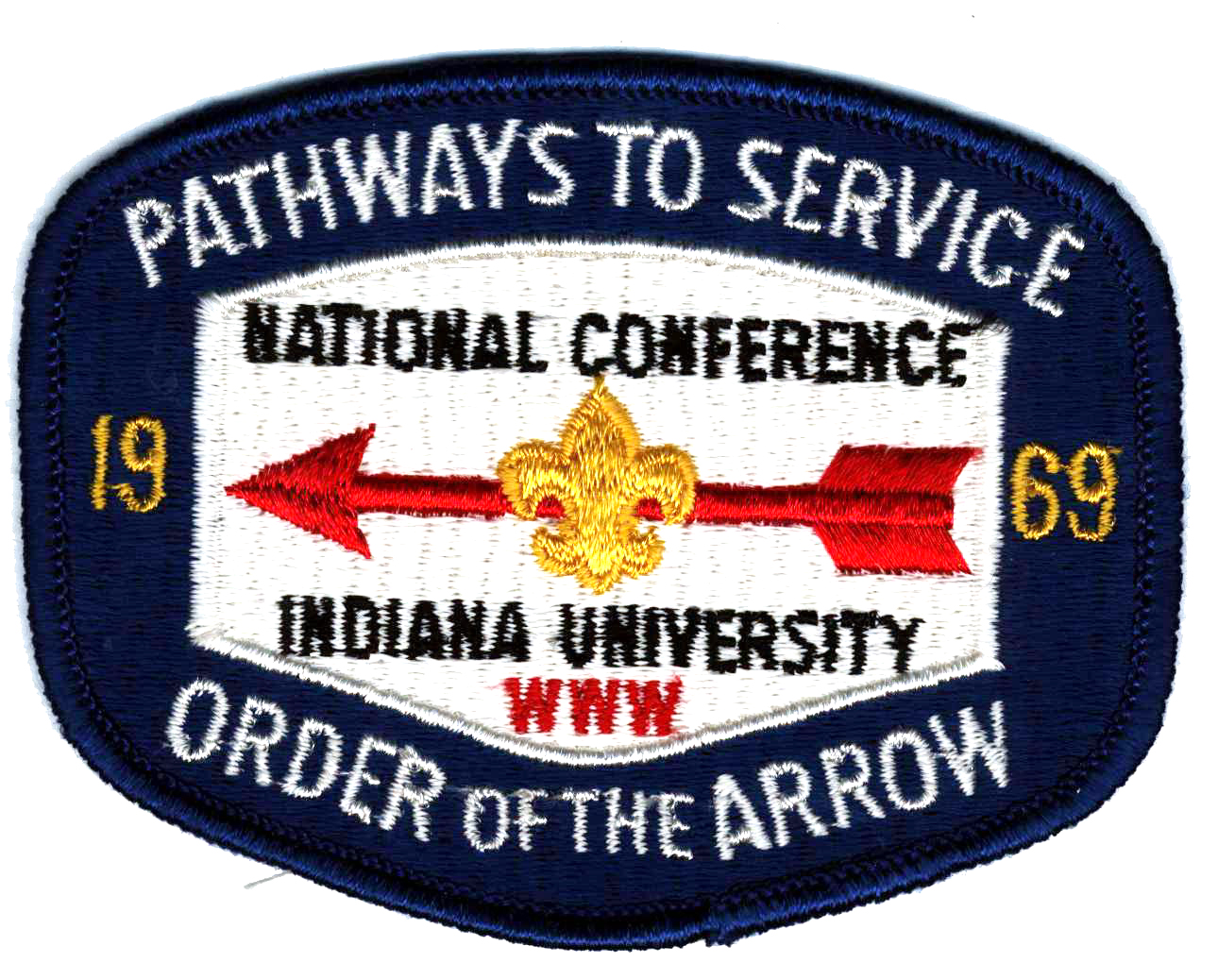 A specialized group of three training sessions called “Arrowdynamics” was taught to every delegate. National Committee Chairman George Feil announced at the meeting the establishment of the E. Urner Goodman Camping Award.

The closing show featured the presentation of the Distinguished Service Awards (DSA), and, in keeping with tradition, E. Urner Goodman again gave the closing challenge to the delegates. 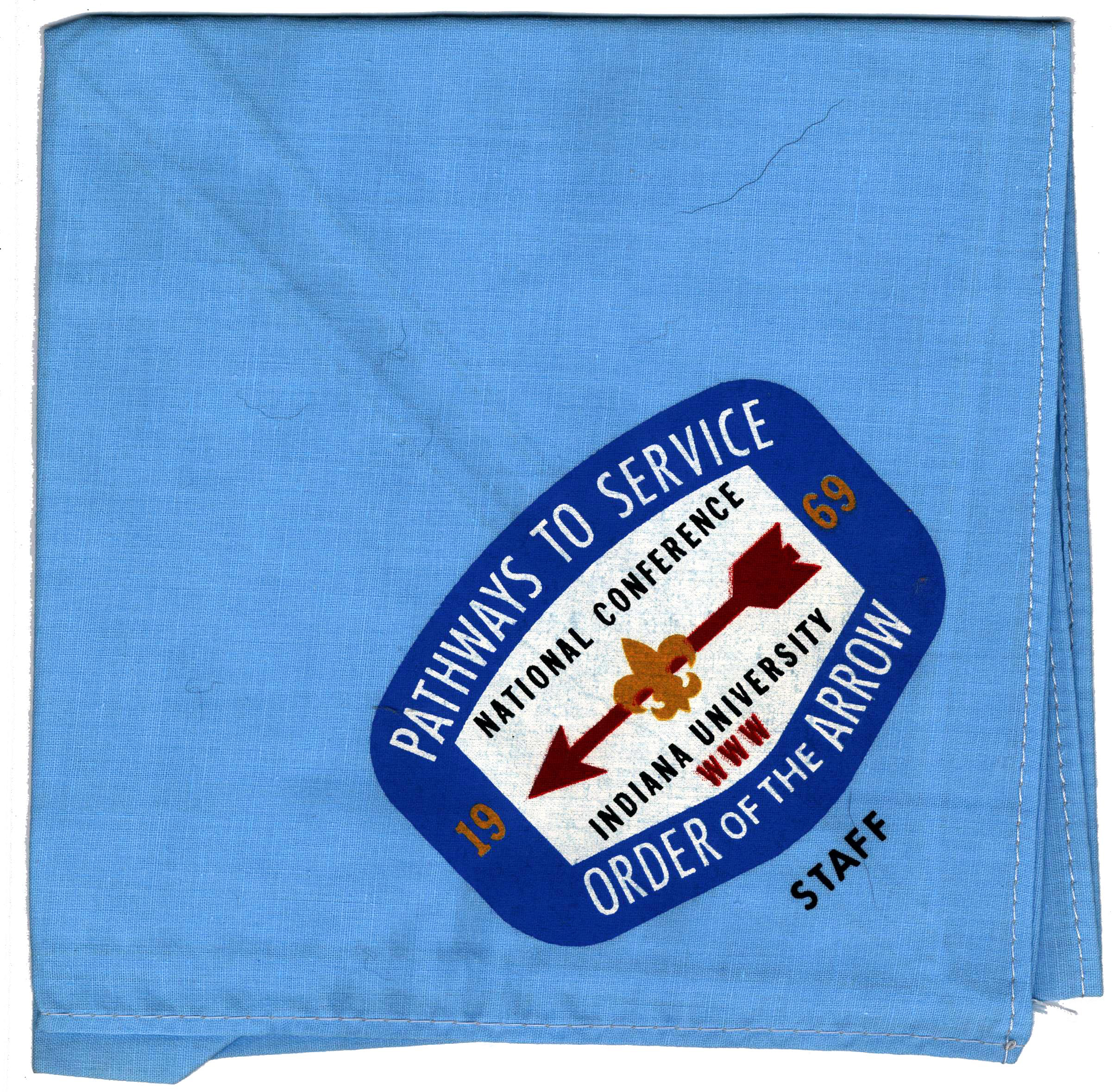