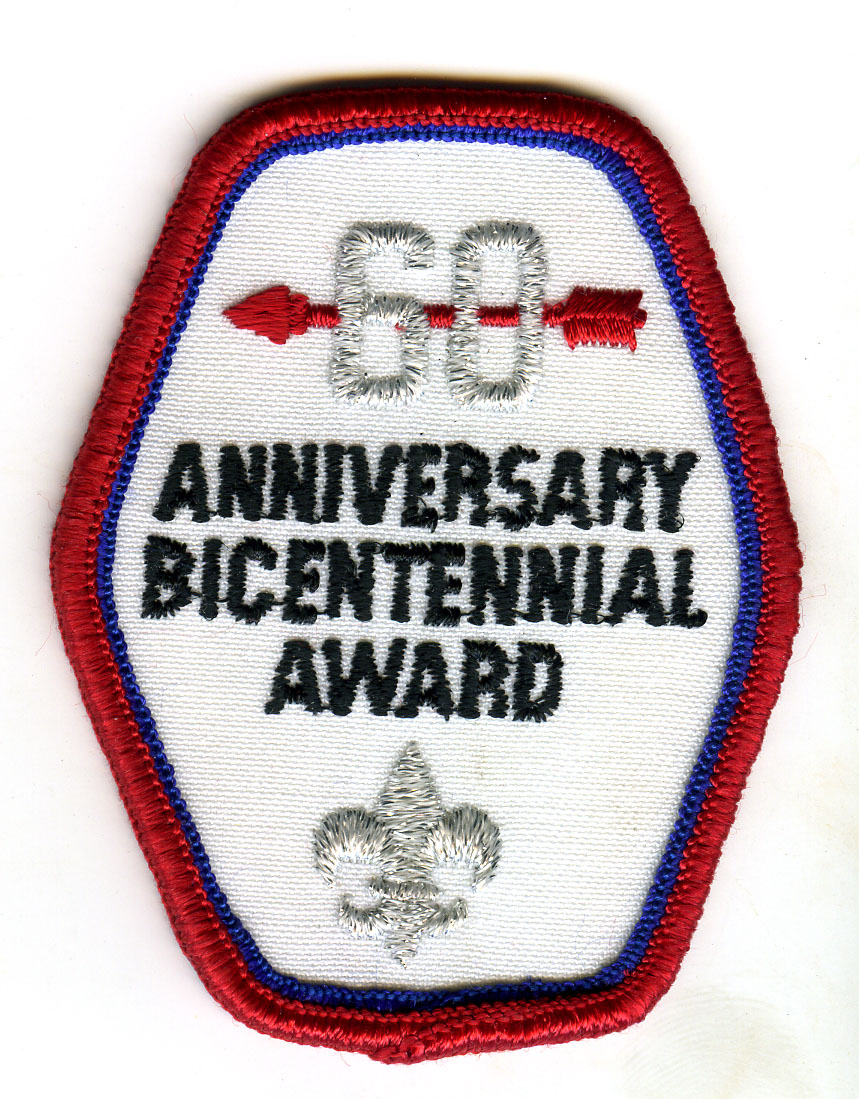 he award was designed so that 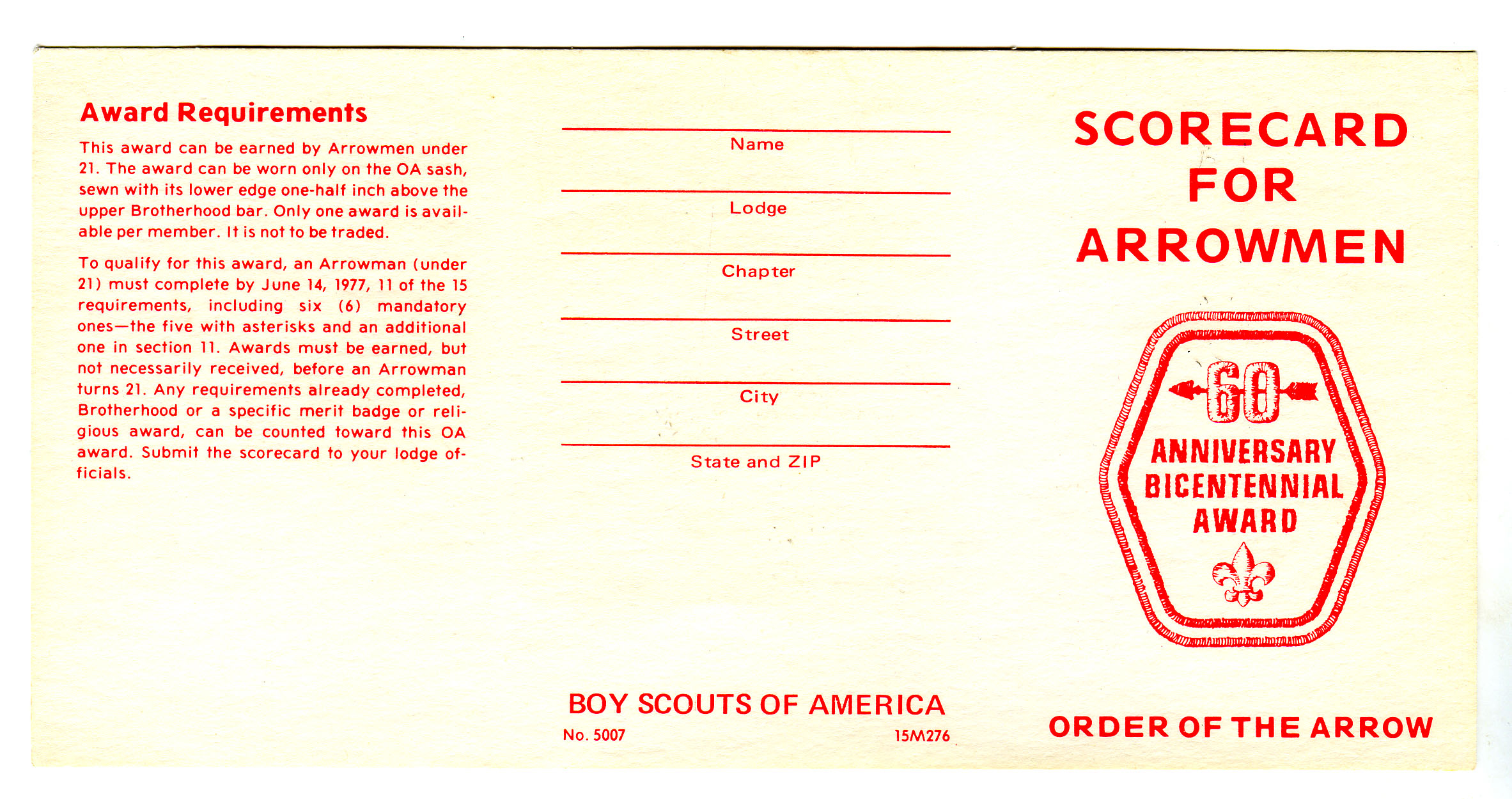 individual Arrowmen, as well as lodges and chapters could actively participate in the nation’s bicentennial celebration. To acknowledge individual participation, Arrowmen who satisfactorily completed specific requirements prior to their 21st birthday could earn a special 60th Anniversary Bicentennial Award. The embroidered emblem 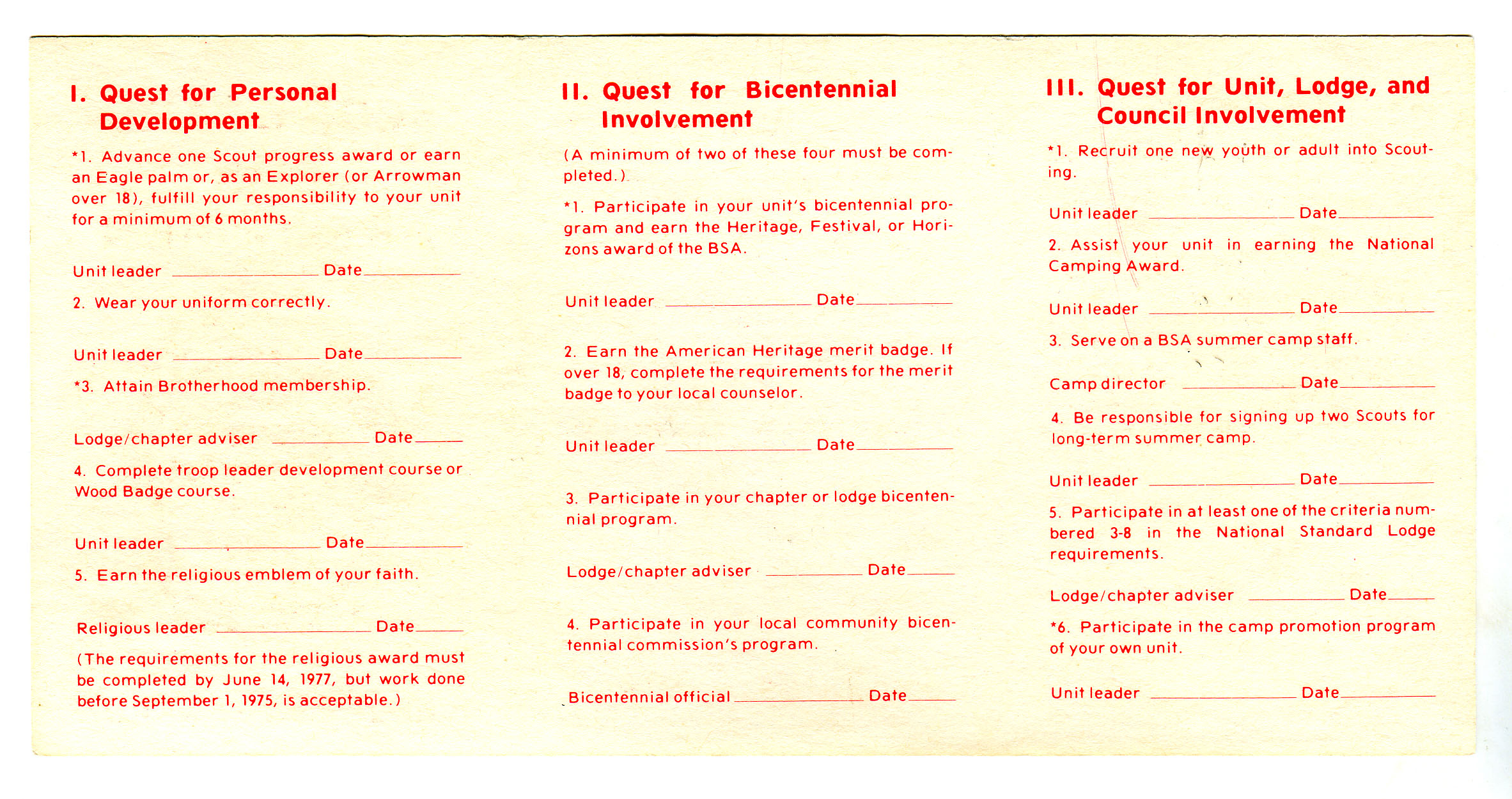 was to be worn in the designated location on the Arrowman’s sash, in a manner similar to the OA’s 50th Anniversary Award. At the time, the 50th and 60th Anniversary Awards were the only badges authorized for display on the OA sash. The requirements for the 60th Award included Arrowman’s Personal Development; Bicentennial Involvement; and Unit, Lodge, or Council Involvement. All requirements were outlined on an official scorecard, and were to be completed between September 1, 1975 and June 14, 1977. Nine lodges and two chapters qualified for the special 60th Anniversary Bicentennial Certificate.

The next time the Order offered an anniversary award was for the 75th Anniversary.