1992 National Order of the Arrow Conference

The OA returned to the site of the 1977 NOAC, the University of Tennessee, Knoxville. 6,680 delegates made this event the second most attended NOAC yet. Only the 75th Anniversary NOAC in 1990 had been larger. The Conference theme selected at the National Planning Meeting was "Many Fires, One Great Light." 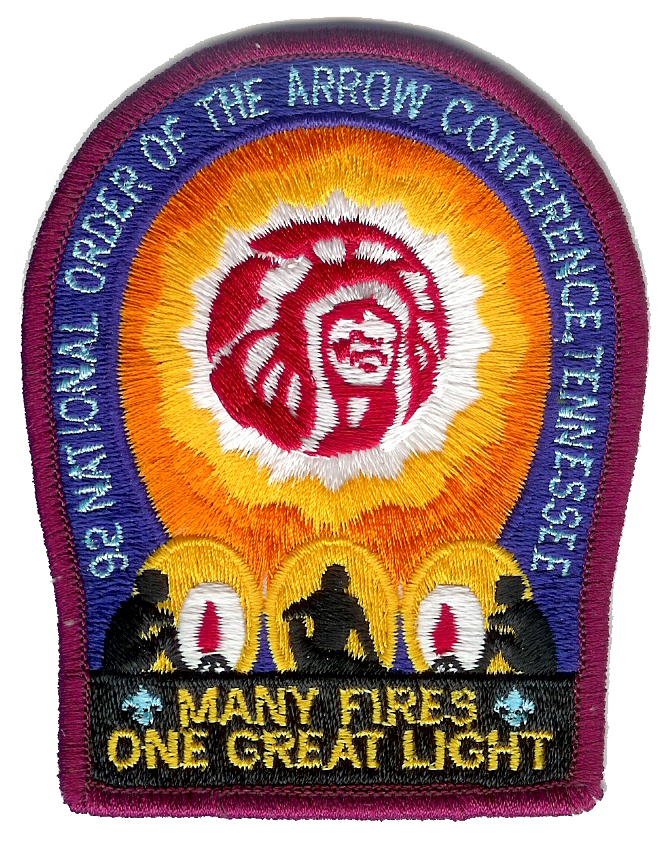 New in 1992 was WOA-TV, the first daily television 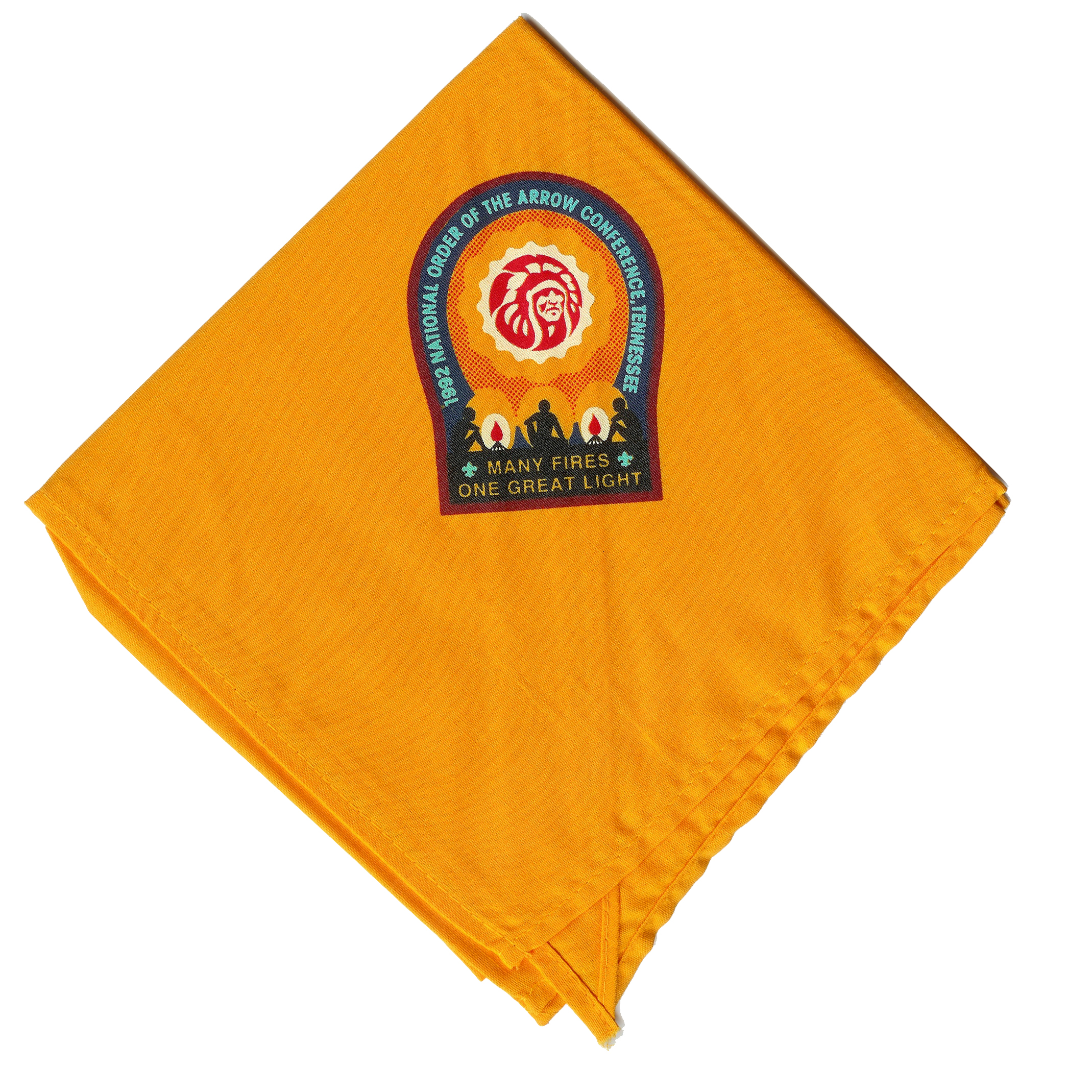 broadcast at a Conference. There were fireworks and an ice cream extravaganza. The Founder’s Day festival was held on the grounds of the Knoxville World’s Fair ending in a huge outdoor barbeque. 7,000 pounds of food was collected for the needy of Knoxville.

In a program change, traditionally the Distinguished Service Award (DSA) and Red Arrow award (with the exception of VIPs such as Chief Scout Executives) had been presented at the closing ceremony. This did not allow a lot of time for the recipients to be congratulated as most Arrowmen were preparing for travel home that day. It was decided to present these awards earlier in the Conference and this proved to be a superior method.