Heading into the 1980 Winter Olympics in Lake Placid, New York, the Soviet Union Hockey Team was heavily favored to win its fifth straight Olympic gold medal. They were the best team in the world.

The U.S. shocked many experts in their opening games, tying Sweden and defeating Czechoslovakia. After three wins against lesser competition, they advanced to the medal round, where they faced the Soviets first and WON. The U.S. still needed to defeat Finland two days later to win gold. Though they trailed 2-1 heading into the third period, the U.S. scored three unanswered goals to win the gold. To many the “Miracle on Ice” game against the Soviets is considered the greatest upset in the history of sports. 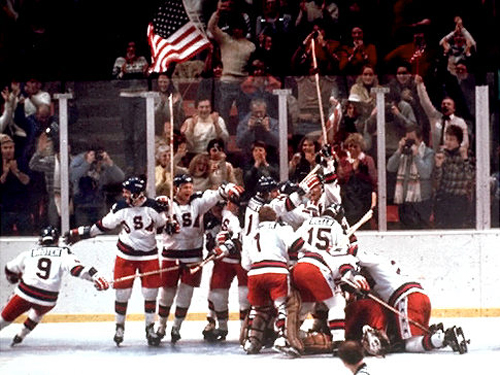