During the Treasure Island camping season in 1915, there were no provisions for an ordeal of any type. Inductees were selected publicly in front of the camp and inducted into membership during the rituals each Friday evening.

During the 1916 Treasure Island summer camp season candidates for the Order spent Thursday night sleeping alone under the open sky and then their ordeal was carried out during the day on Friday off island away from camp. The families on the mainland cooperated with the Treasure Island honor camping program and provided work possibilities for the nominees. 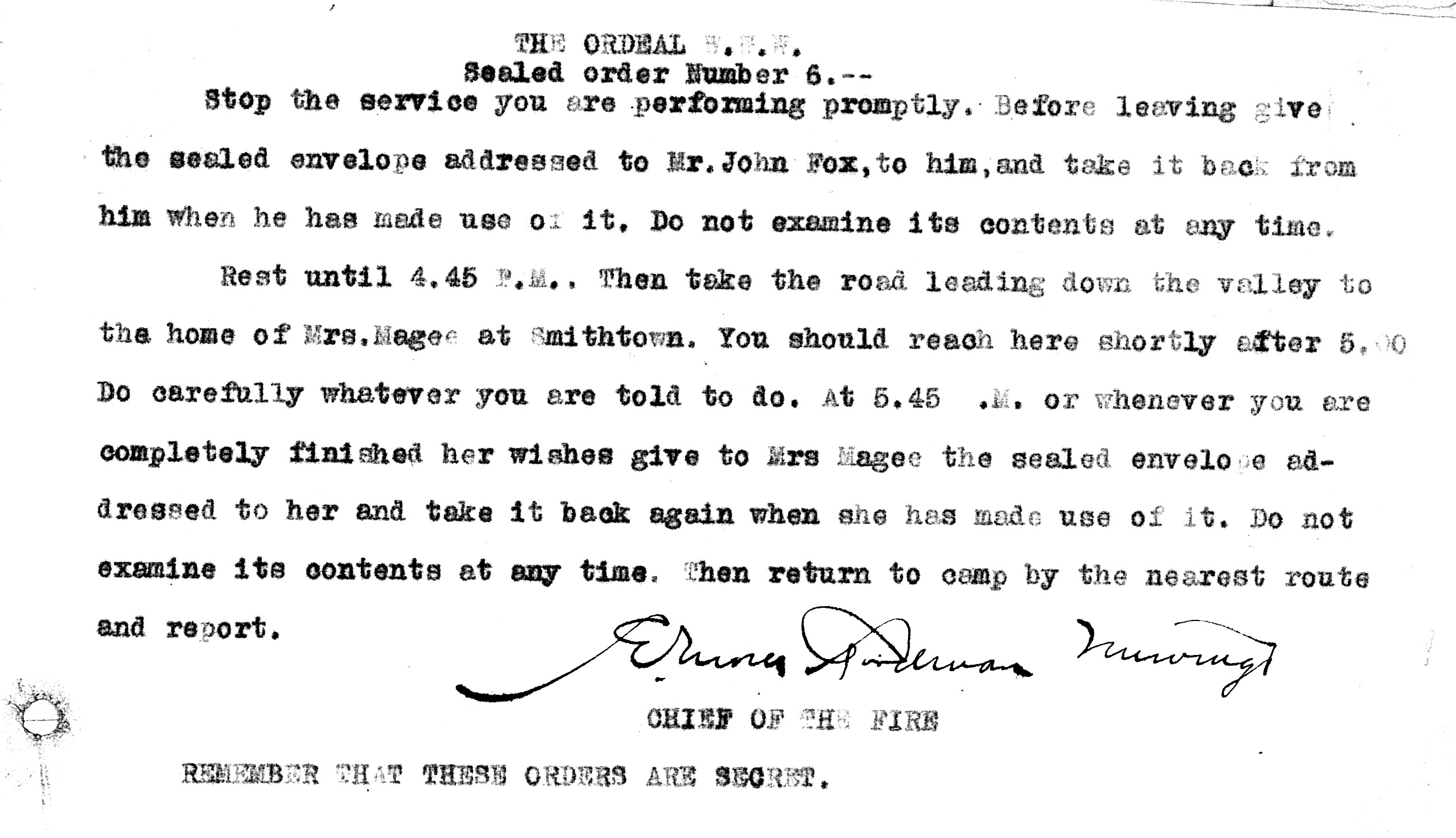 While there is not complete detail about the ordeal in 1916, there is a diary that belonged to Edward Frazier Evans that shared his experience.

On a hot night in July 1917, Edward Frazier Evans, was isolated from his fellow scouts and is instructed by the Chief of the Fire to spend the night under the open sky. It was a clear night and scout Evans rested well.

- The contents of Sealed Order 1 are unknown and may have related to the night spent under the stars.

- In the morning Evans opened a sealed envelope – Sealed Order of the ordeal number 2, a set of instructions developed by Horace Kern. Order number two instructs him, among other things, to eat only that food which has been provided to him, and nothing more.

- Sealed Order 3 directs Evans to perform a morning of service, as a good Scout.

- Sealed Order 4 provides for Edward’s lunch break, sets a new location and admonishes him to be faithful.

- Sealed Order 5 instructs Evans to continue his day of service and to be thoughtful and prepared.

- The Chief of the Fire Goodman in both his given and Indian name signs the final Sealed Order of the ordeal, Order 6. Evans reflected on his journey through the ordeal as a staff member acting as a guide brought him into the ceremonial ring. He encountered two black-robed figures – Goodman and Howard Seideman. They led him through three tests – one for Brotherhood, another for Service, and a third for Cheerfulness.