The first trail that was constructed by the OA Trail Crews (OATC) was dedicated during the weekend of August 15-17, 1997. The Vaca Trail was a new route for crews hiking in the Central Country of the Philmont Scout Ranch, hiking from Highway 64 towards Harlan Camp and beyond. Originally a one-year program, due to its overwhelming success in 1995 the program was continued to at least complete its first trail. The dedication weekend was important to commemorate the program’s first major milestone. 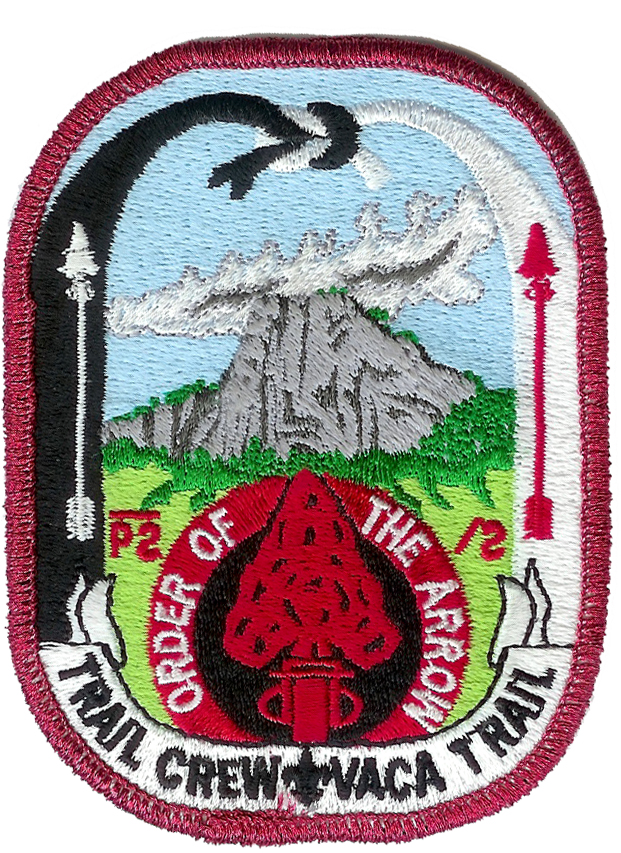 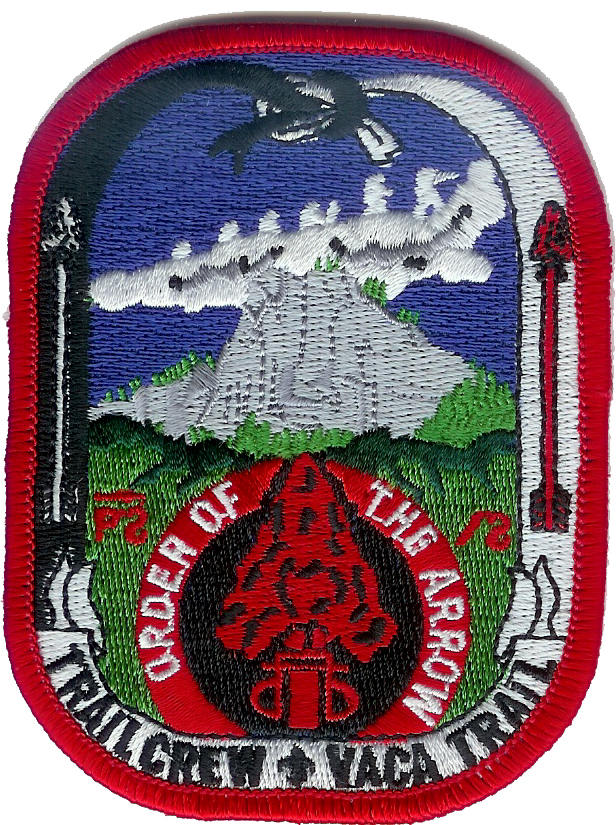 ver 150 Arrowmen, including many past and present participants, staff members, members of the National OA Committee, and Philmont Scout Ranch leadership gathered under a spectacular blue New Mexico sky at the trail head to dedicate the new trail. Some 595 participants constructed the total culmination of 16,901 feet of new trail.

Attendees hiked the trail from Vaca Camp and stopped at designated stops along the way to the bottom met by someone explaining the significance of the trail building construction. Once at the bottom a formal dedication occurred. OA Trail Crew Director Ryan Miske welcomed everyone gathered for the dedication followed by Catholic Chaplain Father Don Hummel, and then lunch.

National Director of High Adventure Bill Spice and National OA Committee Chairman Ed Pease formally opened the trail. A special rock, which was found from a nearby riverbank on the Cimarron River, was engraved to commemorate the trail. This rock was placed at the trailhead but later moved to base camp. A special patch was issued with a red mylar border on a cardstock backing.

Later in the evening there was a formal banquet at the Philmont Training Center followed by a ceremony performed by the OATC foremen. 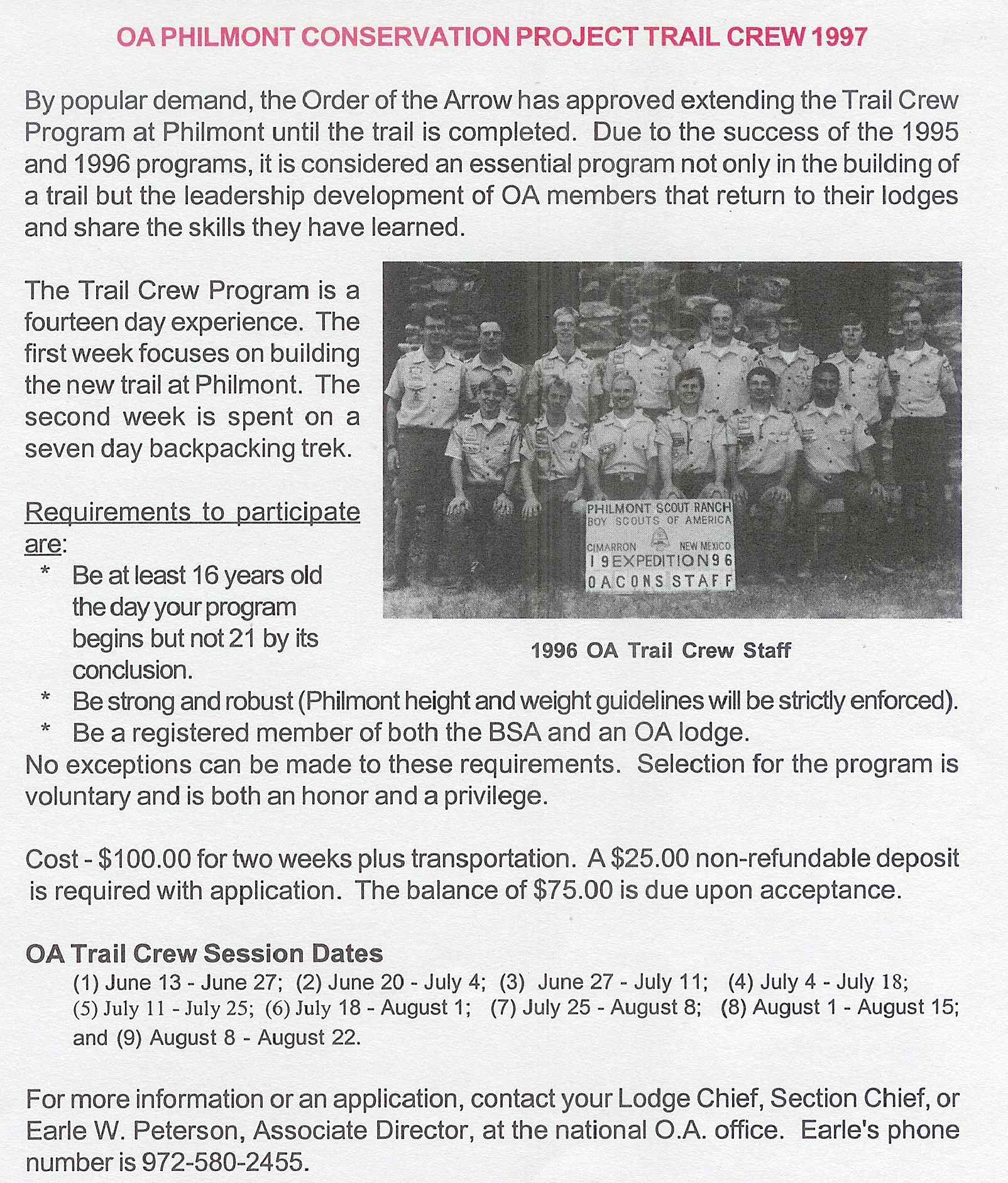