Conservation work by the Order of the Arrow (OA) had its roots at Philmont Scout Ranch. Special OA Treks were held at the ranch in 1985 and 1989, but these were short-term treks based more on camping and fellowship and without any long-term plans. However, the treks helped prove that an outdoor program for the OA could be successful.

By 1995 the national theme for the Order was “The Year of Service” and the OA Trail Crew (OATC) program became the major service initiative for the year. At the time when OATC started it was only going to be for one summer. However, due to its careful planning, implementation, and the excitement expressed by youth participants, the program was extended for a couple additional summers in order to at least finish the first trail that was started near the Vaca Trail camp. 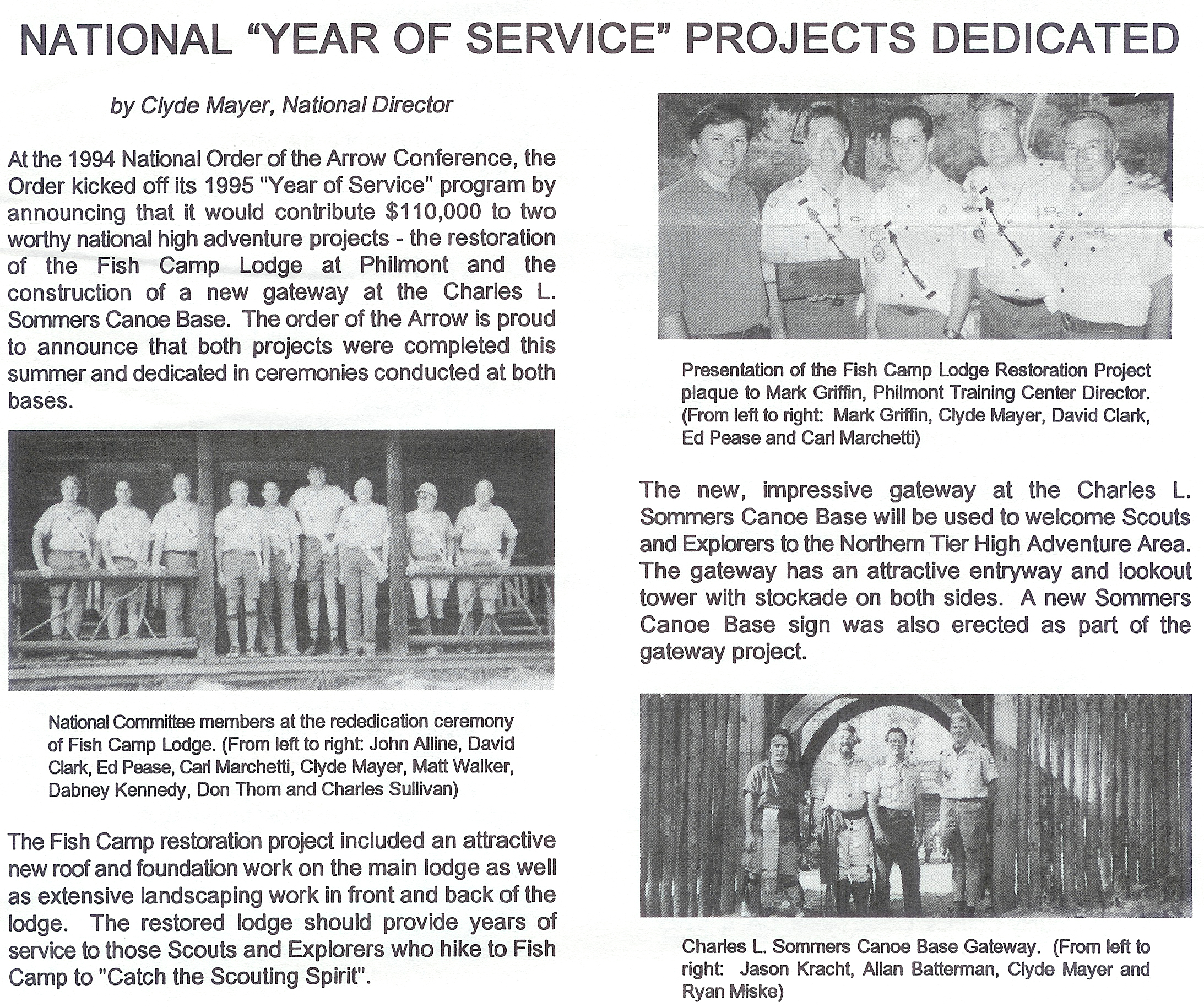 After the first trail was completed in 1997 new trails were started. The program was reviewed at the end of each subsequent summer and continued to finish specific trails that were in the process of being built. However, since 2000 it has been a permanent program at Philmont.

Over 2,500 youth Arrowmen and nearly 200 staff foremen have participated in trail and conservation work constructing seven trails since inception. The specific sites include the Vaca Trail (1995-1997), the Tooth of Time Trail (1997-1999), the Lovers Leap to Stonewall Pass Trail (1998), the Black Horse Trail (2000-2003), the Lower Bonita Trail (2002), the Copper Park Trail (2004-2007) and the Chandler Canyon Trail (2007-current). In 2008, crews removed ten miles of fence in the nearby Carson National Forest. All 50 states have been represented and several participants and even staff were motivated from their positive experience to have a greater involvement in the Order on a national level.

Alumni include national chiefs, national vice chiefs, region chiefs, and section chiefs. Former director Ryan Miske and coordinator Scott Beckett currently serve on the National OA Committee. In the modern era it’s more accepted that national officers will at least participate in one of the OA high adventure programs, though several have also served as foremen in the field where the outdoor program comes to life.

Based on the success of the program at Philmont, in 1999 a similar program was attempted at Northern Tier in Minnesota, which became the OA Wilderness Voyage that revolved around canoeing in lieu of hiking. Most of the territory that Northern Tier uses actually belongs to the US Forest Service (USFS). One of the projects that the USFS always needed help with was maintaining portage trails, which is the tract of land that participants use to hike between different lakes. Over a few years the OA Wildeness Voyage staff built a strong and positive rapport with the USFS. In fact, in 2003 the OA was recognized with the National Forest Service Award for Youth Support. 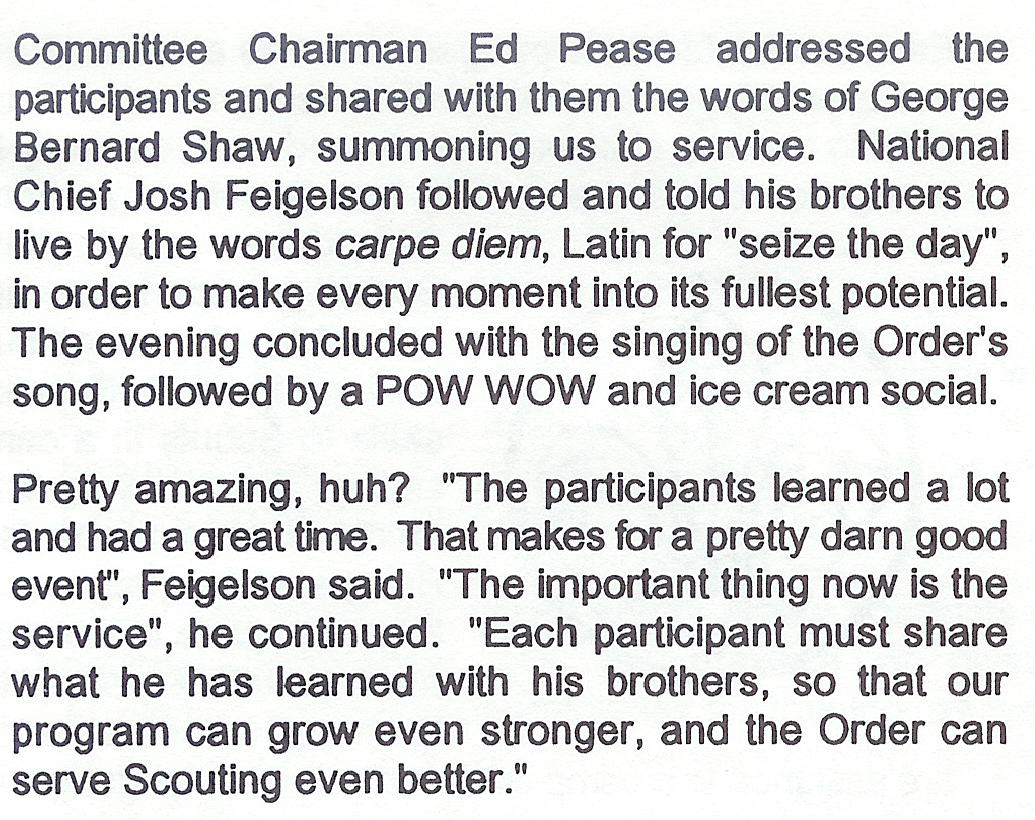 One of the hallmarks and legacies of the OA high adventure programs has always been to have youth experience one of the most positive and motivating experiences that they could have in Scouting. Through the outdoor program the tenets of the Order come to life: Brotherhood through camaraderie, Cheerfulness through the all-important positive attitude, and Service that is a tangible product.