Following the success of the Wimachtendienk W.W. during the summer of 1915 and reflection upon the experience at Treasure Island it was decided that this new Honor Campers Society needed to be formalized and moved forward.

To that end, he wrote an invitation to all 25 inductees from that summer at Treasure Island. It was a short letter dated November 4, 1915 and signed by Goodman as Nuwingi – Chief of the Fire. It said:

The Fall Conclave of the Wimachtendienk will be held on Saturday, November 13th, at Camp Morrell, starting at 4 o’clock.

An informal reunion before the supper, followed by a business session and initiation ceremonies after supper, will constitute the program.

Endeavor to be on hand and bring supper with you.

-Chief of the Fire-

Records do not mention the “initiation ceremonies” proposed in the Nuwingi/Goodman invitation.

The Camp Morrell meeting led to the official organizational framework of the Wimachtendienk. 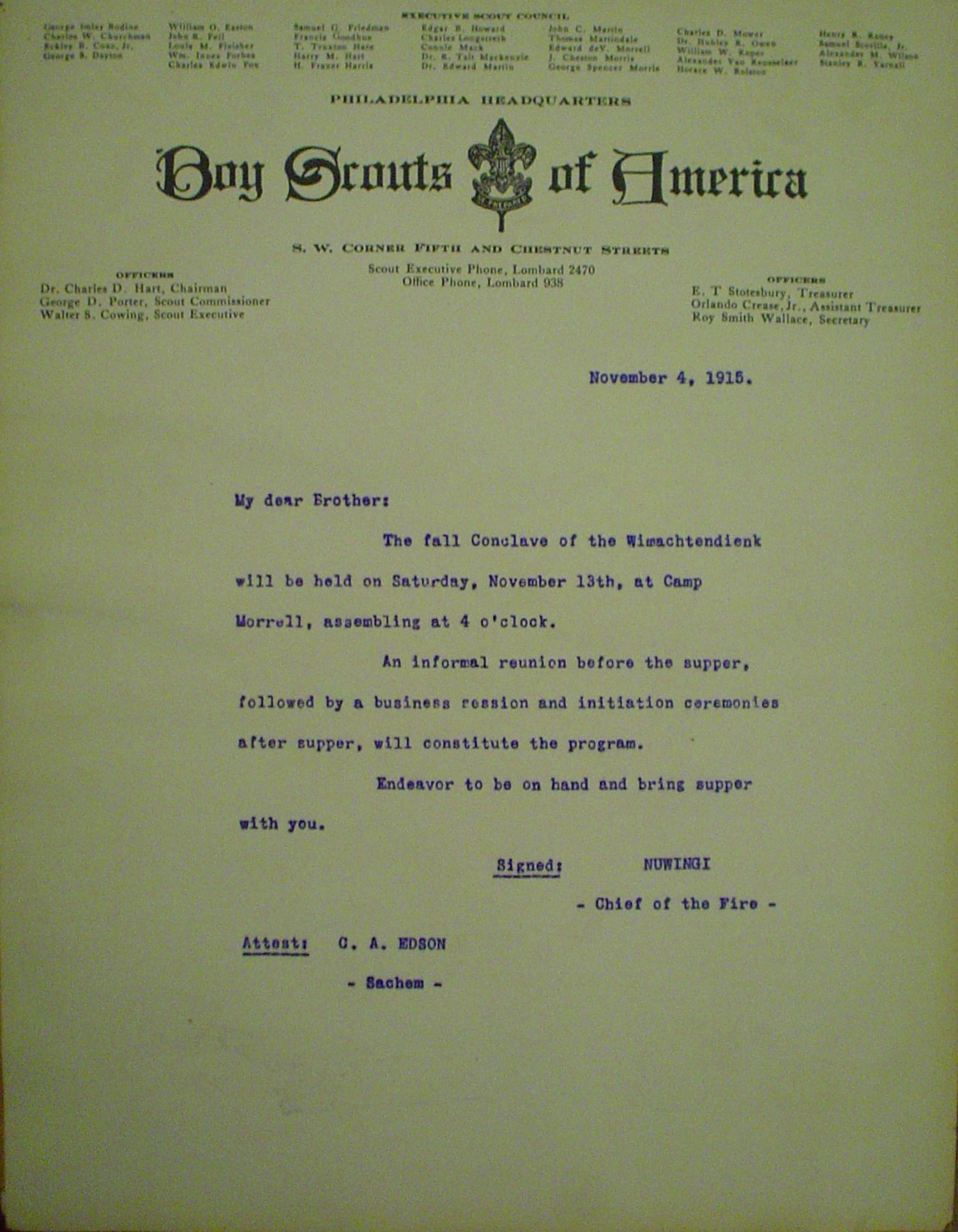