In 1987 The Order of the Arrow began a lengthy utilization of BSA’s premier training venue – the Philmont Training Center at Philmont Scout Ranch. Scouting’s Mecca of high adventure camping was the perfect site for an organization often referred to as “Scouting’s Camping Honor Society.” 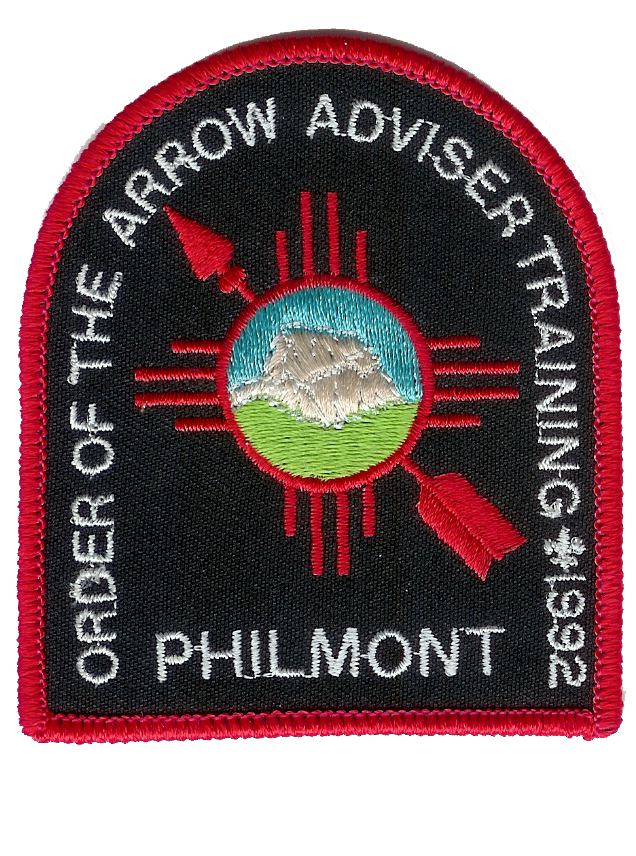 The first two training sessions held -- “Training Techniques for Order of the Arrow Advisers” – were a prelude to what evolved over a period of years into the National Lodge Adviser’s Training Seminar (NLATS). A total of 85 Arrowmen registered.

It would be four years before the OA returned to the land of silver sage. As the OA developed its adult leadership-training program, the titles changed on two different occasions. With “OA Conference for Lodge and Section Advisers” in 1991 the Order began a 20-year program of holding weeklong adult training courses at Philmont.

With the development of regional NLATS and NLS training, a decision was made to discontinue Adviser Training at Philmont after the 2004 camping season. But that did not end the OA’s utilization of the Training Center. The following year a new program began – Lodge Leadership Development Course –, which continued for three years before NLATS returned to Philmont in 2008.