Order of the Arrow Changes Logo

The change in the OA logo was made official by the National OA Committee as part of their adoption of the 1998 Strategic Plan. In discussing actions taken to achieve the vision spelled out in the plan, it states:

We will adopt a new logo; one focused on the Arrow rather than the Indian. The Arrow is easily the most recognizable symbol that has its origin in our first ceremony. By taking the Arrowhead from the Arrow on the sash as our logo, we unify our image and strengthen the identity embodied in our name, the Order of the Arrow. 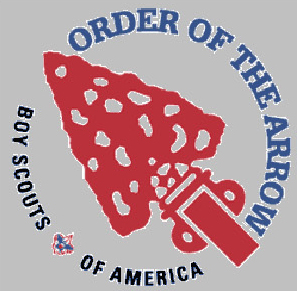 The new logo had actually first been put into use in 1997.

The Stylized Indianhead logo (sometimes called the "MGM Indian") was a strong logo.

It is still very much associated with the period in time that it was in use (1975-1998) and the Arrowmen that used it for a generation.