The original golden eagle feather bonnet that had been passed down ceremoniously by every national chief of the Order of the Arrow since 1938 was tragically destroyed in a fire that occurred at the BSA’s national office in Irving, Texas on November 6, 1980 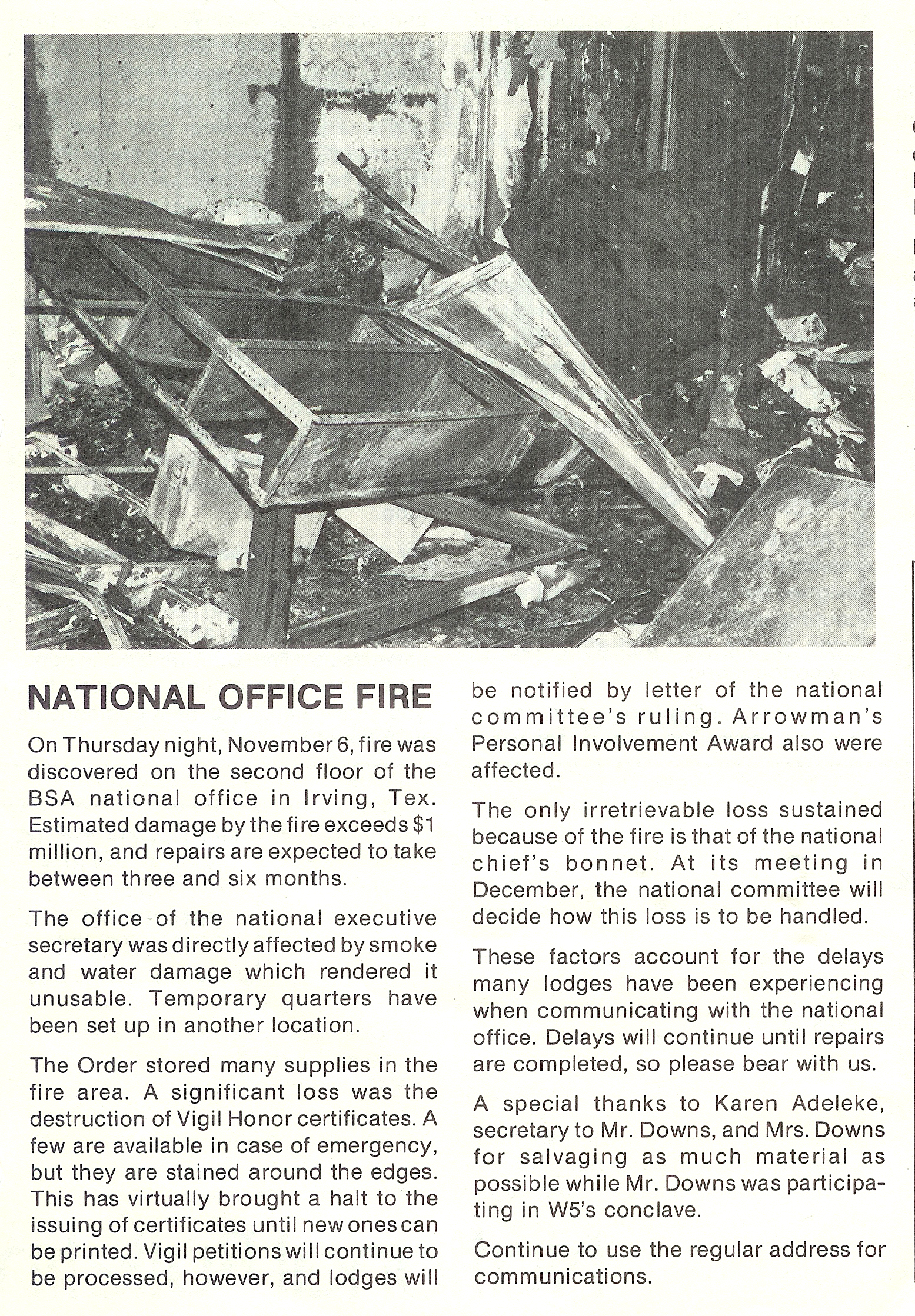 . A young security guard whose intention was to be the ‘big hero’ by discovering and extinguishing the fire deliberately set the blaze. Unfortunately, the fire quickly got out of his control and into an area that housed many of the Order’s records and memorabilia, including the national chief’s bonnet. The National OA Committee immediately announced their decision to construct two new bonnets for its national officers. One to replace the chief’s bonnet and for the first time a bonnet for the national vice chief. The replacement bonnets were completed in 1982 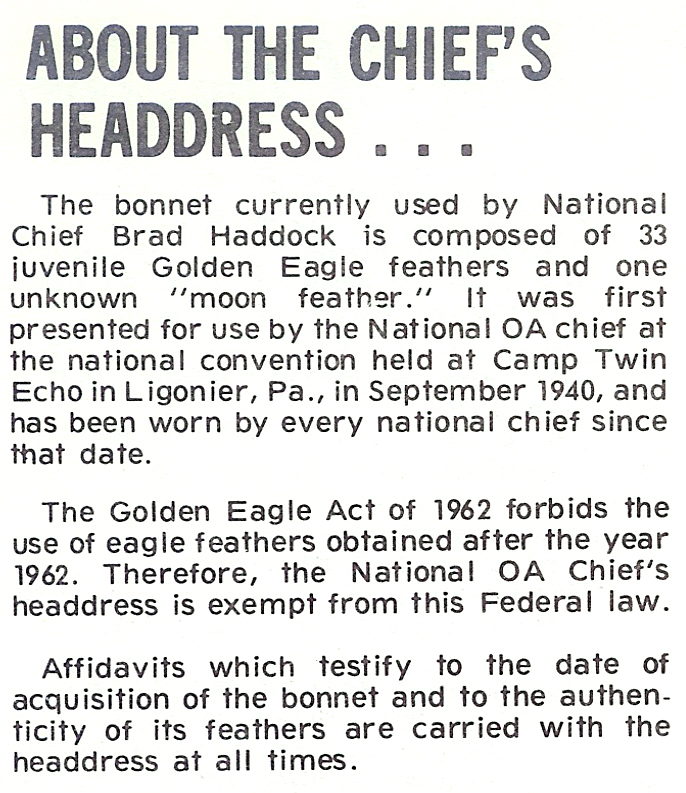