Twenty Five Charter Members of Wimachtendienk Including Goodman and Edson

The Constitution of the Wimachtendienk approved in June 1916 states in section IV – Membership:

The list that follows are the 23 Scouts elected to membership in Wimachtendienk in 1915 and they are the first year inductees in the Order. Goodman and Edson’s names are added for a total of 25 members that came out of Treasure Island Scout Reservation in 1915. They are not “Charter Members” as defined by the Constitution of Wimachtendienk, but they are the initial inaugural year members.

There were ten Scouts that met the Wimachtendienk constitutional requirements to be considered Charter members. Unami Lodge records confirm that the following ten Arrowmen signified their “wish and intention to maintain interest and membership in the Order” and are the Charter Members of WWW: 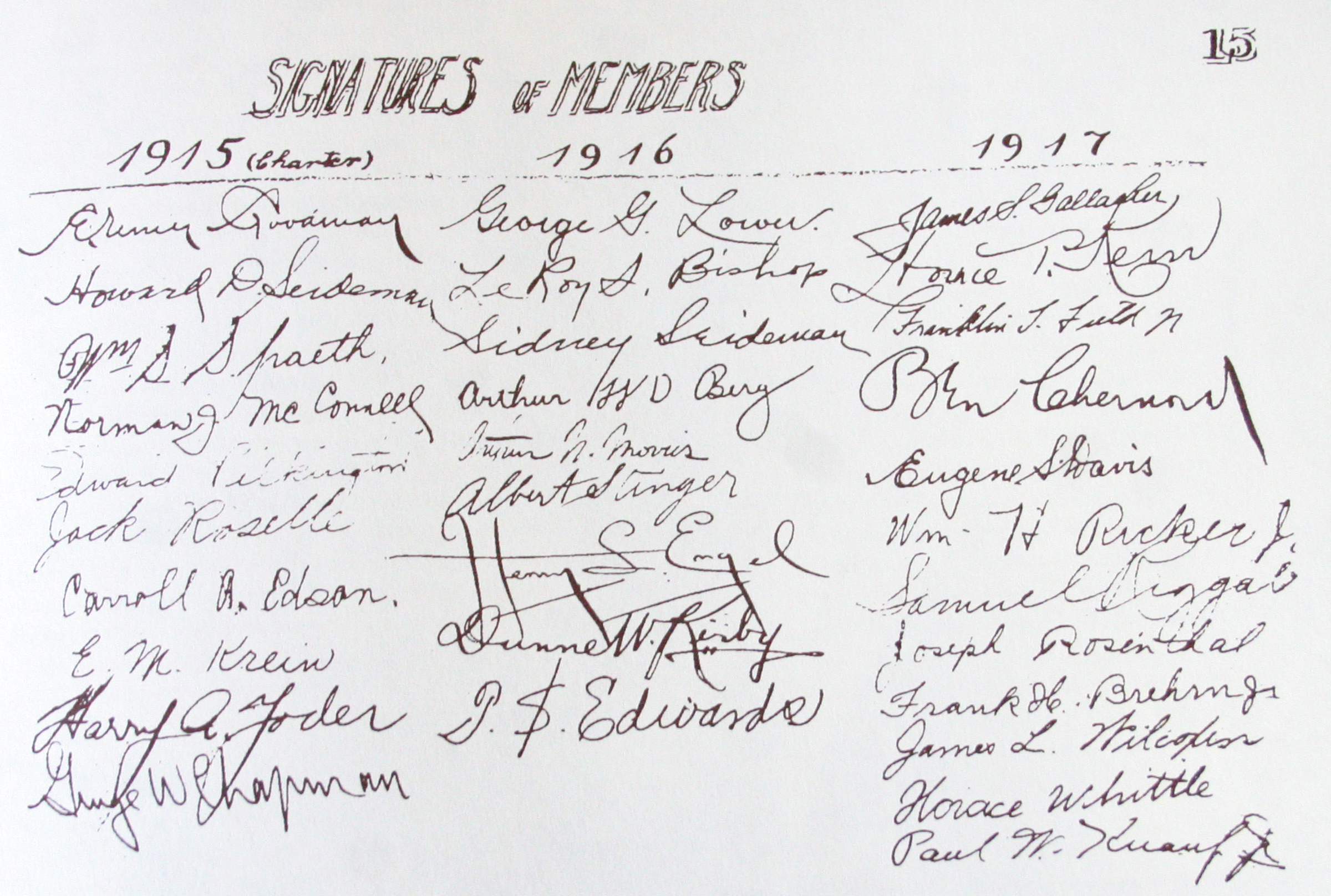