Profile - OA Overseas and US Territories 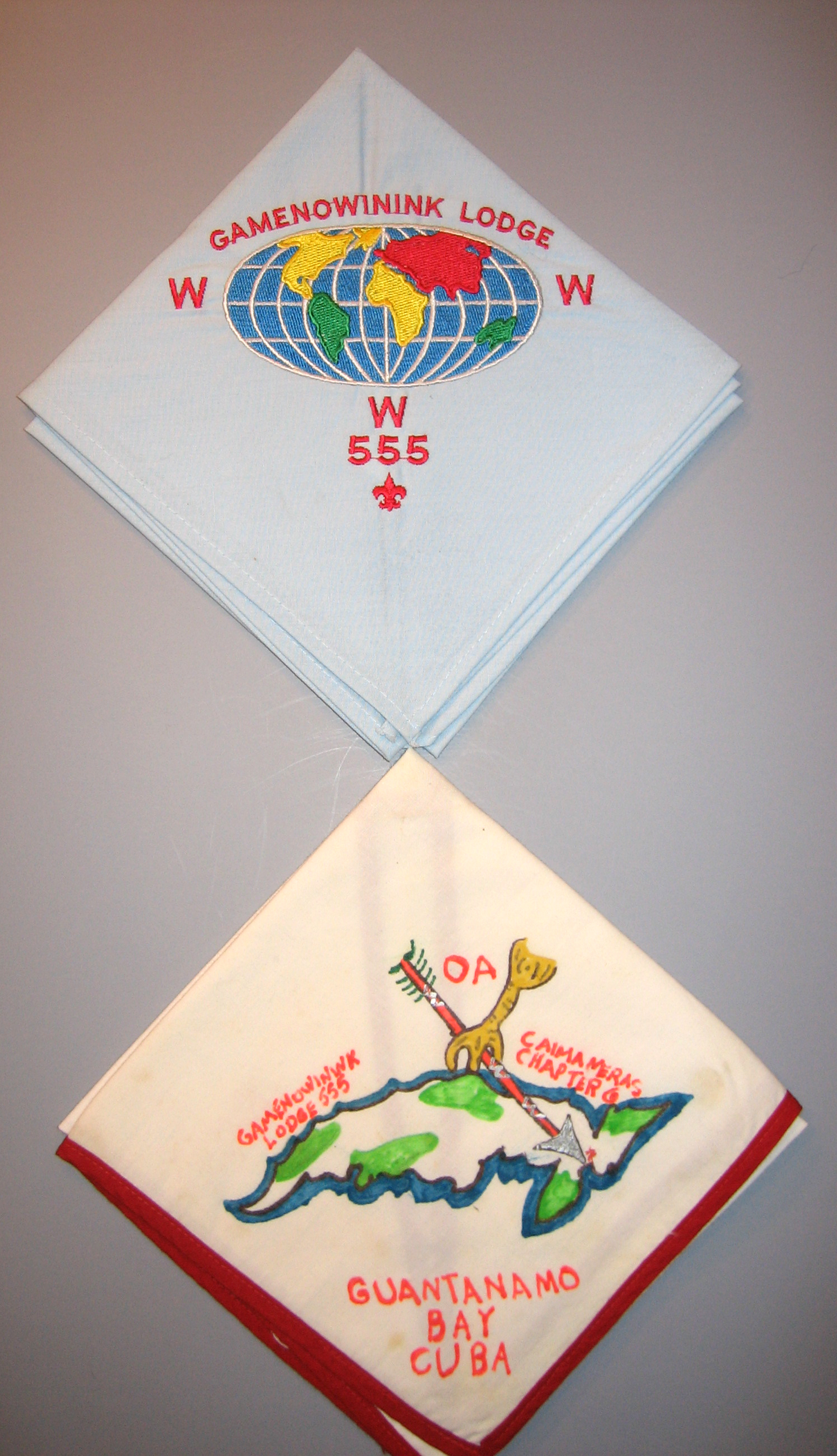 For the first thirty years of the Order, all lodges chartered were from BSA councils within the United States. The first lodge not located in a state was in a US Territory. Nanuk Lodge from Alaska Council chartered on March 20, 1947. In 1947 a single council served Scouts throughout the entire Territory of Alaska. The geographic area served by Nanuk Lodge was almost equal to the area of all of the other existing active lodges combined. Eventually the Alaska Council would split into three councils.

The first lodge to form in a foreign country was Chiriqui Lodge. In May 1948, Canal Zone Council received its charter. Scouts were initiated at Camp El Volcan. 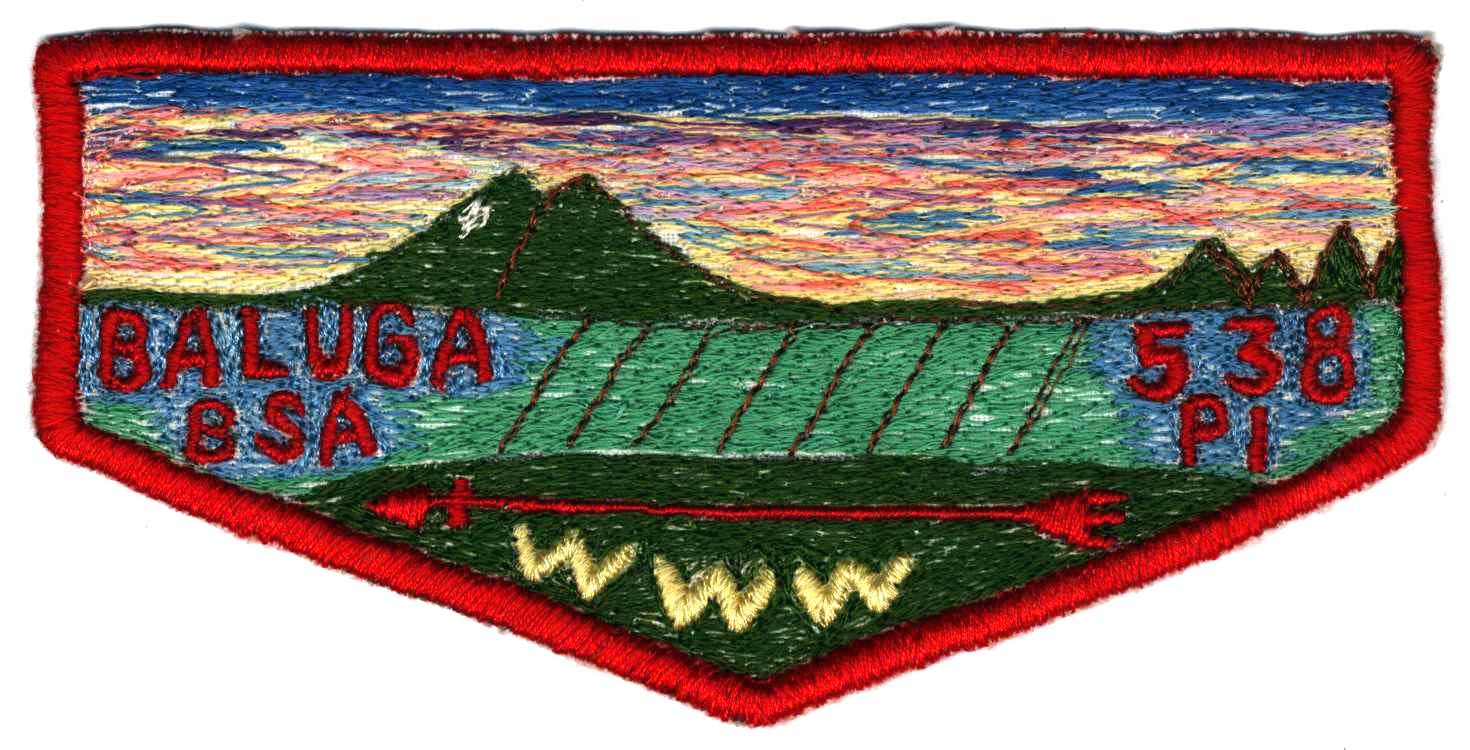 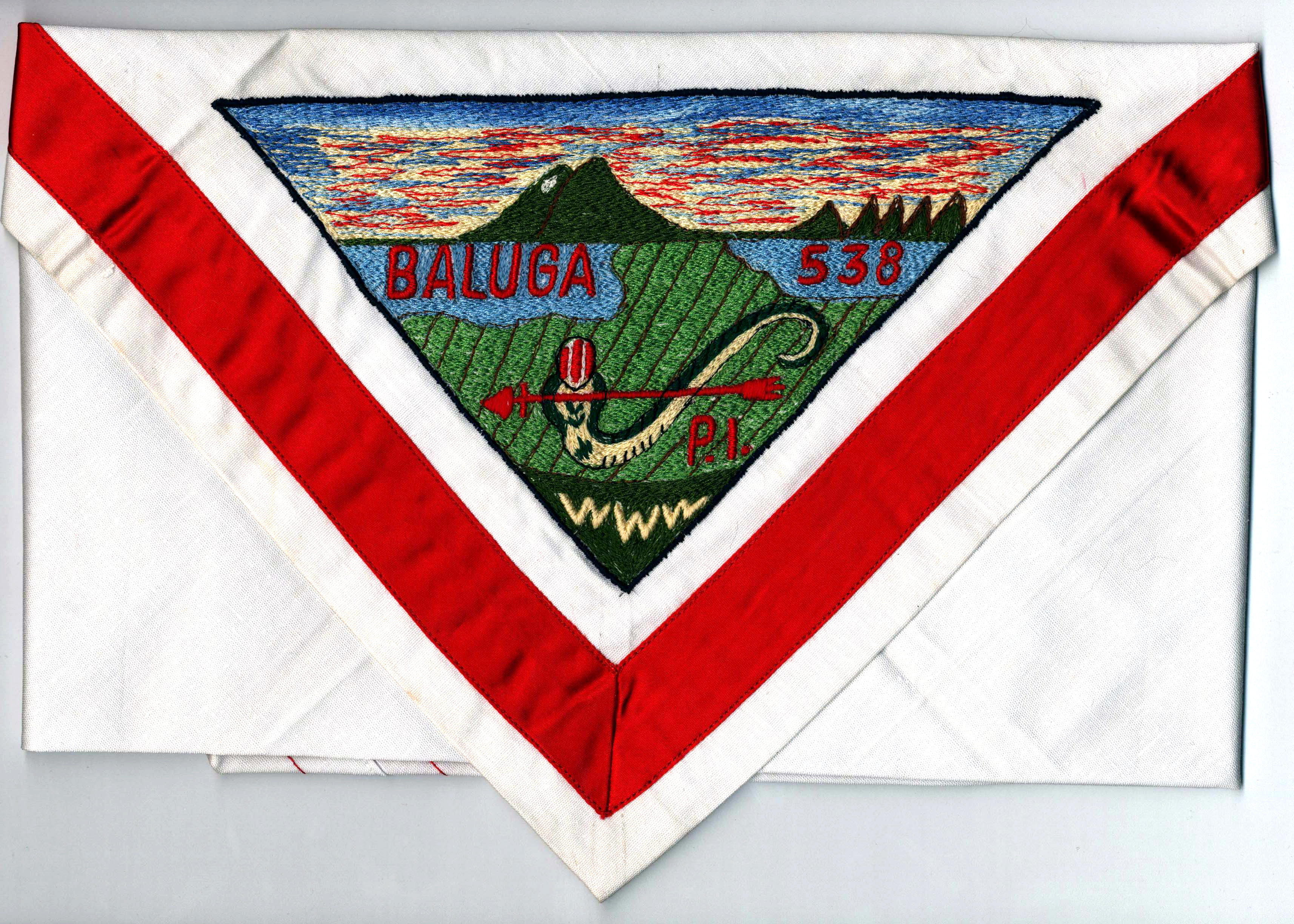 On January 18,1951 Cuauhtli Lodge chartered for the Scouts of Camp Aztec. Camp Aztec was a camp for the BSA in and around Mexico City, Mexico.

The Scouts on the Big Island of Hawaii, Territory of Hawaii chartered Kamehameha Lodge serving Camp Holomua and the Kilauea Council on March 30, 1951. Two other lodges formed on the Hawaiian Islands, both after statehood in 1959. 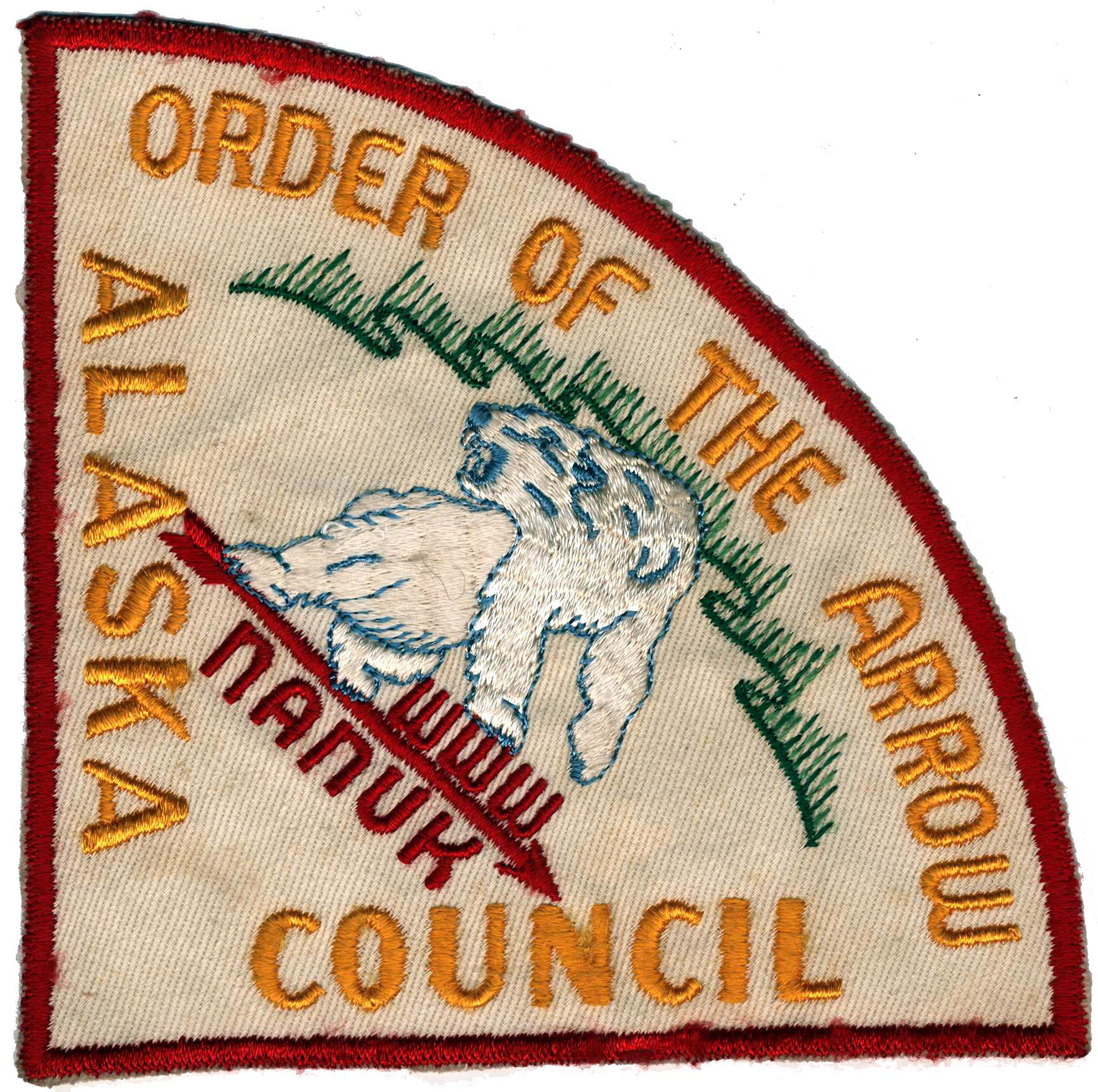 Black Eagle Lodge chartered on September 25, 1952 serving Transatlantic Council. Transatlantic Council served all of Europe and a few places beyond. Black Eagle Lodge fellowships have been likened to mini NOACs. That is because many of the lodge members were originally from other lodges and Arrowmen have learned to include the Black Eagle Fellowship as part of a summer Europe tour itinerary. A single fellowship could have Arrowmen connected to as many as 100 different lodges in attendance.

Yokahu Lodge chartered on May 5, 1954 for BSA in Puerto Rico. The lodge started at Camp Guajataka. 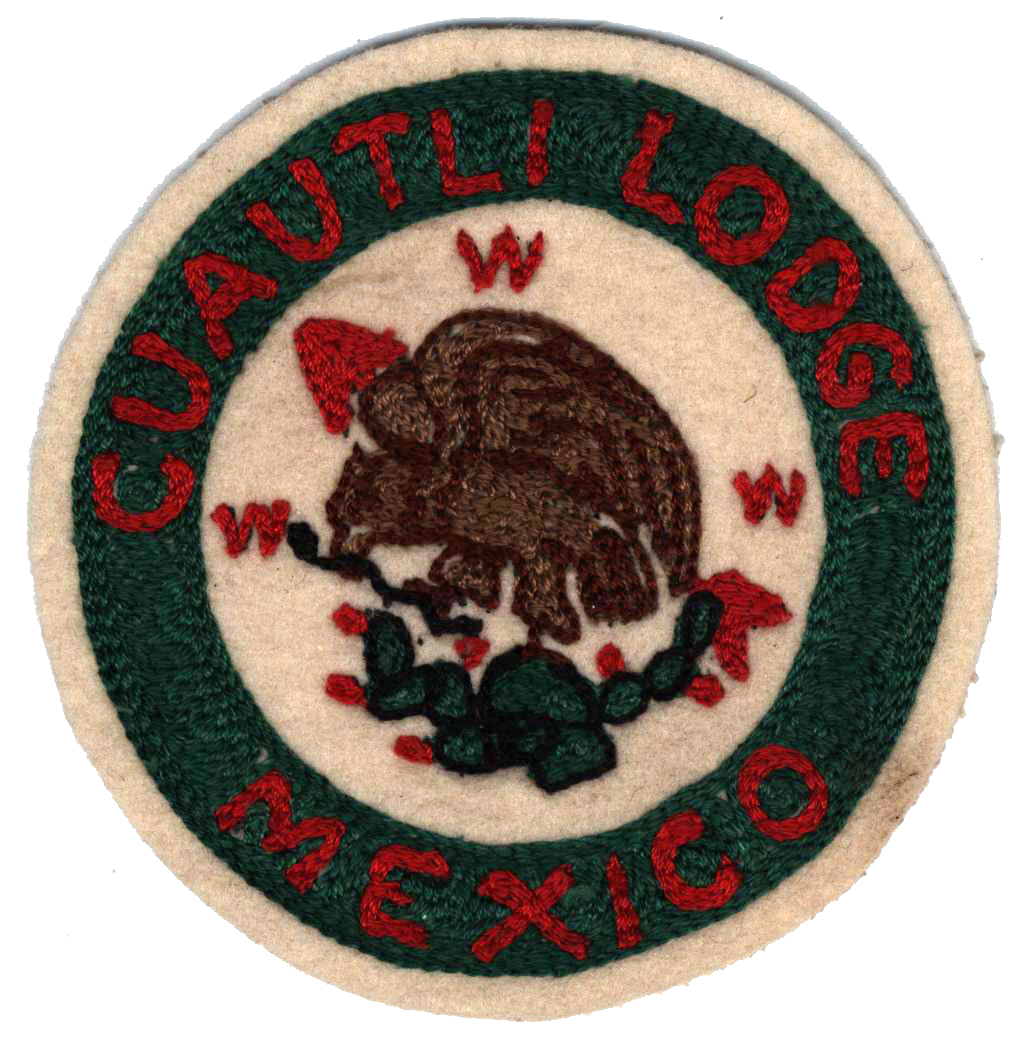 Baluga Lodge formed at Clark Air Force Base, Philippine Islands in May of 1959.The lodge is renowned for issuing a beautiful and rare flap patch and neckerchief. The embroidery was hand-loomed Asian embroidery and had a very different look from domestic badges. The lodge only existed for a few years. Baluga Lodge was absorbed by Hinode Goya Lodge and became a part of Far East Council.

Gamenowinink Lodge was charted by the Order on May 1, 1962. The lodge did not commence functioning until 1968.  The lodge was technically headquartered at the National Office, which at the time was in North Brunswick, New Jersey. Gamenowinink was the lodge for Arrowmen in Direct Service Council. Direct Service Council is the BSA council for Scouts and Scouters located anywhere in the world not served by any other extra-territorial BSA Council.

In May 1969 Virgin Islands Council split off from Puerto Rico and formed its own lodge. Arawak Lodge was formed at Camp Great Pond.

In 1979 there was an attempt to form a lodge out of the Gamenowinink Lodge chapter for Direct Service Council Arrowmen in Iran.  There were many BSA members based in Iran at that time and the 1979 World Jamboree was scheduled to be held there.  A charter was set for approval and a number, 575, was assigned / requested.  Even a flap patch was made.  But Gondwanna Lodge never was launched.