The National Order of the Arrow Conference, or “NOAC,” is the primary national gathering of Arrowmen. They are typically held every two years unless a conflict exists. NOACs are always held on university campuses. All NOACs have had at least 1,000 attendees and as many as nearly 15,000.

The modern NOAC started in 1948 at Indiana University, Bloomington, Indiana. Indiana University has now hosted ten Conferences, more than any other university. Each Conference has a host lodge that is assigned service duties best performed by a larger local group. 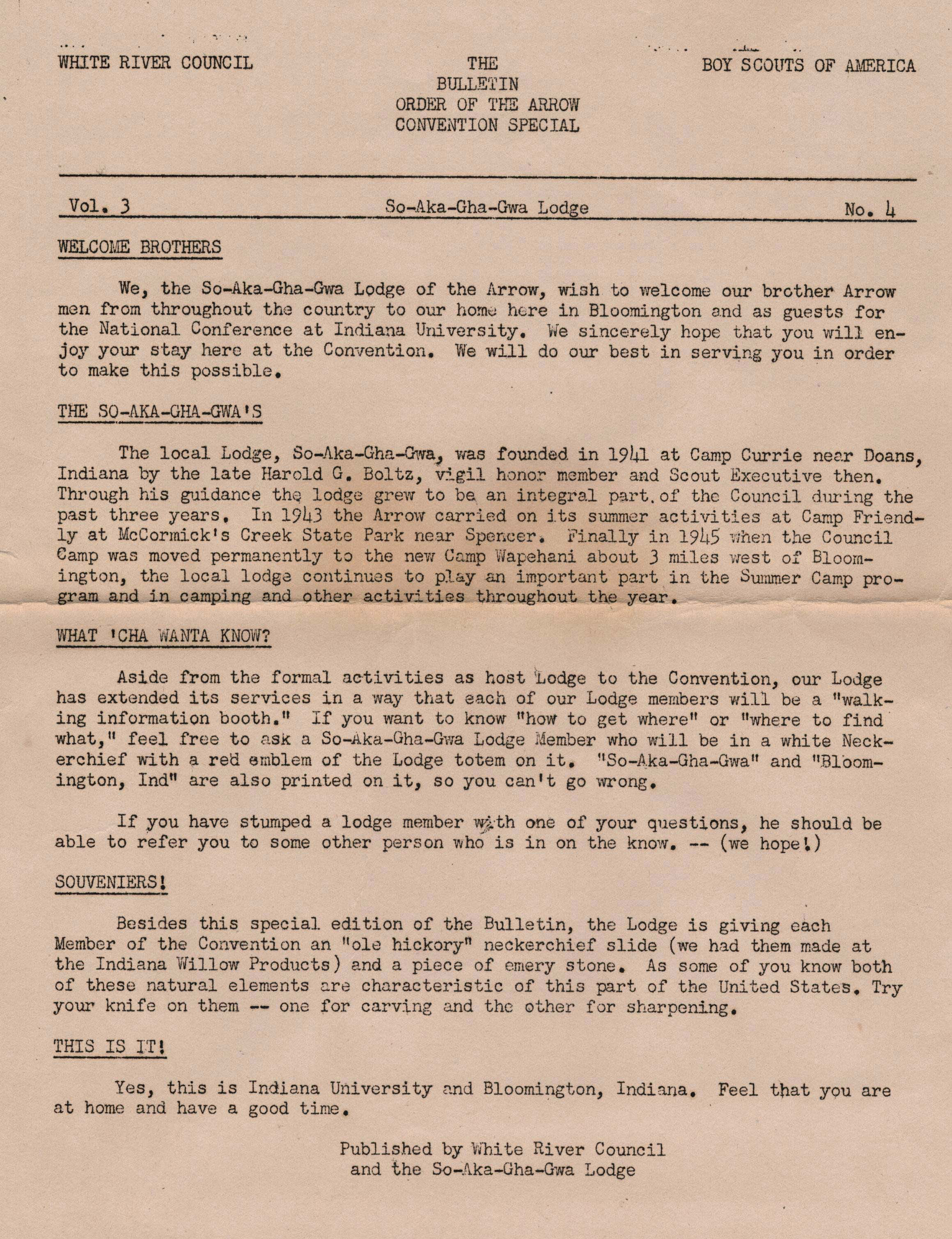 There are many other common elements to NOACs. The list has grow 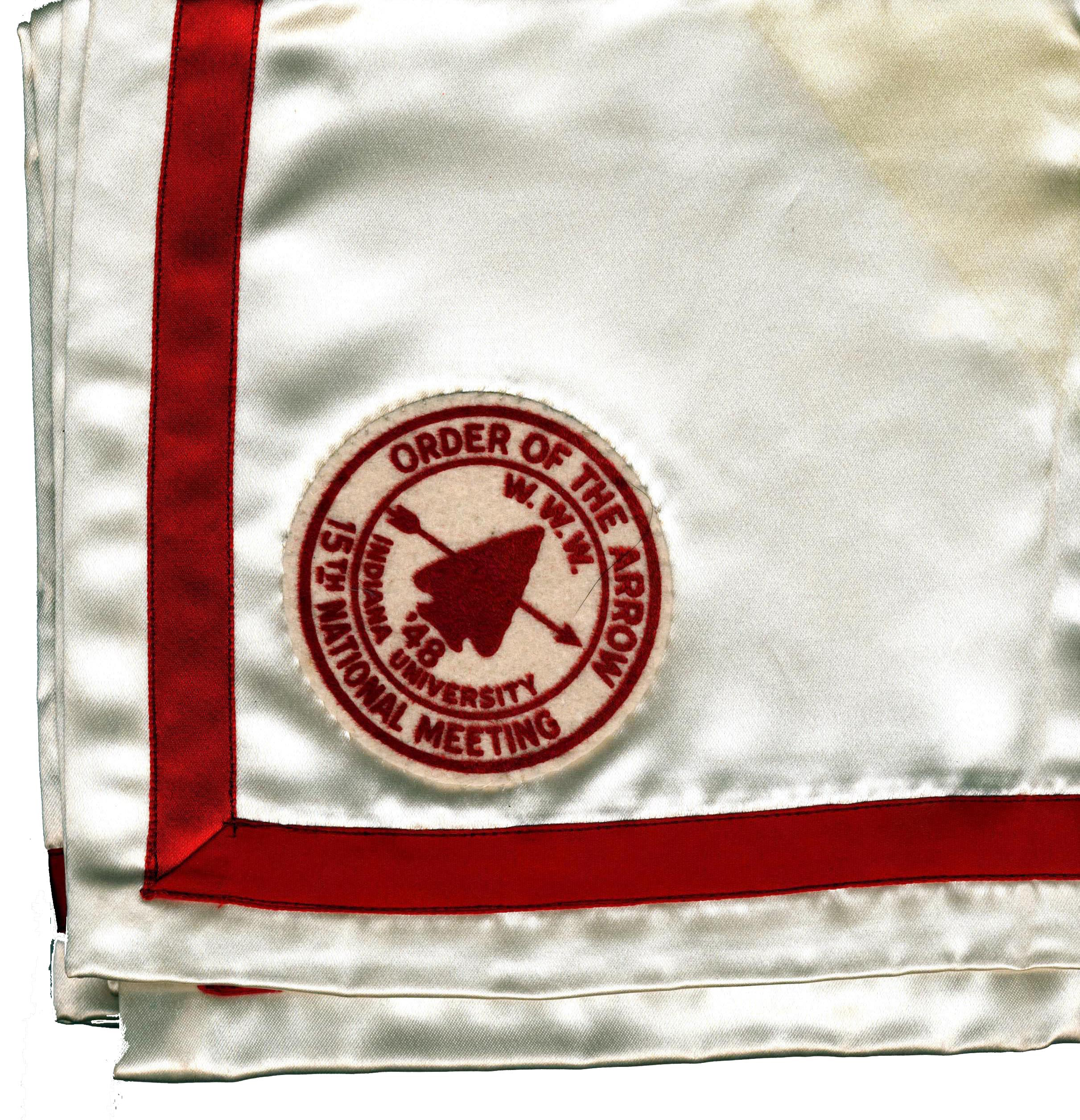 n over the years. Among functions one will find at a NOAC:

Arena Shows – Typically at least an opening show, an American Indian pageant and a closing show.

Training – From the very beginning of NOACs, training has been the single greatest program of emphasis. One of the primary purposes Arrowmen attend NOACs is to learn skills that can be utilized in their lodges, chapters, troops, camps a 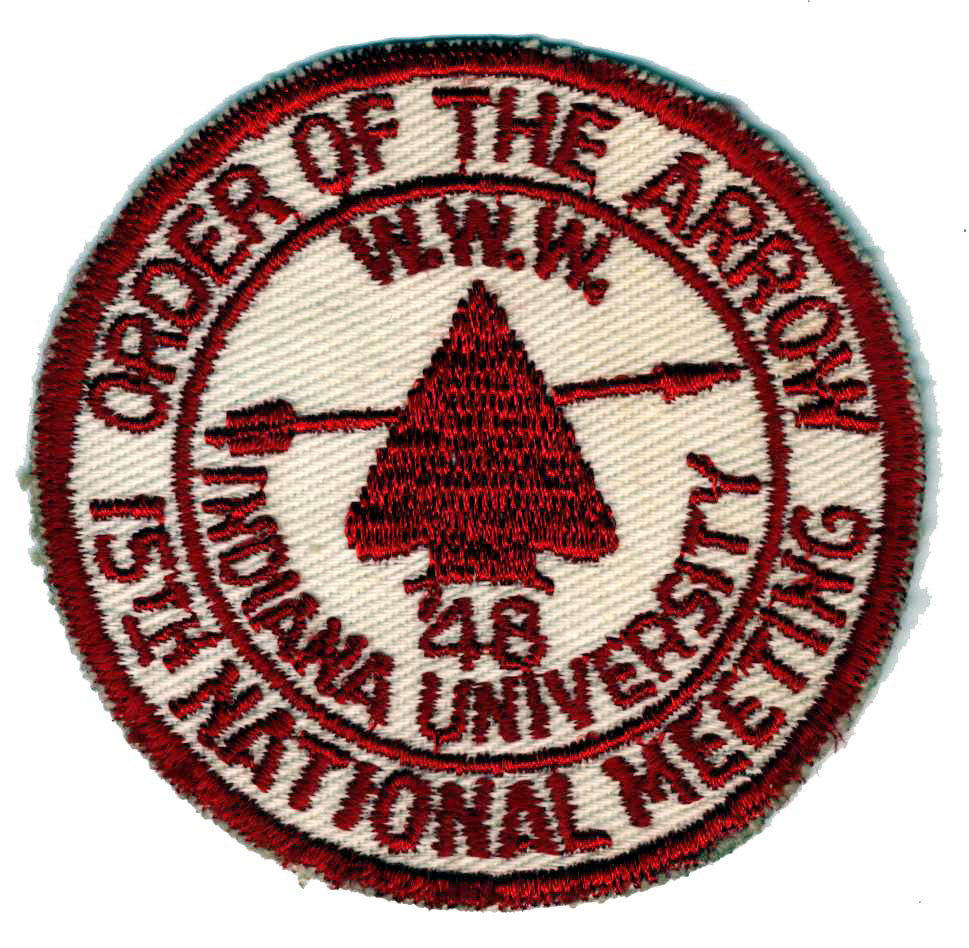 nd community. The modern NOAC typically allows delegates to choose and experience three hours of training by experts in their fields on three of the days of the conference. Well over 100 different topics may be taught at a NOAC. In addition special afternoon and evening activities involving training often take place.

TOAP – The Outdoor Adventure Place – Is the premier location of outdoor recreation at a NOAC. There are many activities and displays for Arrowmen to enjoy such as “Leave No Trace”.

Founder’s Day – Founders' Day is the biggest day of NOAC and boasts some of the best events that a NOAC has to offer. The day starts off with the Founders' Parade, followed by the opening ceremony. Then lodges and committees furiously setup their Founders Fair booths, and prepare for the crowds. The Founders' Fair is comprised of booths setup by lodge contingents and conference committees. Many booths include displays of their lodge history, and hand out information about their home area. Many lodges give away trinkets and lodge items including patches, t-shirts, pens, pencils and even small samples of Mississippi mud. Some booths provided food--those are sometimes the most popular at the fair. Food handouts include raisins from California, dried cranberries from Massachusetts, pretzels from Pennsylvania etc.  Local health laws may impact the ability to prepare and distribute food at some locations.

Meet The Man – Where any Arrowman has the opportunity to ask questions of National OA Committee members and other OA and BSA leaders.

Very Important Arrowman (VIA) functions – These are lunches and or dinners comprised of selected Arrowman (VIAs, the OA equivalent of VIPs) from across the nation. Often the youngest Arrowman of a lodge is selected.

Brotherhood Band and Brotherhood Chorus – Arrowmen who come together and serve at the conference either as part of a band or chorus used during the shows and other activities.

Museum / OA Center for History – An always popular feature where a museum is built and filled with artifacts relevant to Scouting and our Order. This is the place where Arrowmen fulfill that part of the Obligation to "observe and preserve the traditions of the Order of the Arrow."

Patch Trading – The fellowship exhibited at every conference where two or more Arrowmen make the exchange of different Scout insignia. It is a favorite pastime of Arrowmen who are admonished not to let this fellowship activity interrupt program. Late night patch trading is never an acceptable excuse for missing training classes in the morning.

NOAC @ Home – The 2018 NOAC was the first to feature a remote delegate program, allowing Arrowmen at home to engage in parts of the conference.