2002 National Order of the Arrow Conference

For the ninth time the OA returned to Indiana University, Bloomington for the National Conference. The 2002 Conference was the second largest meeting thus far, with 6,939 Arrowmen. The Theme for the NOAC was "Test Yourself, and So Discover". 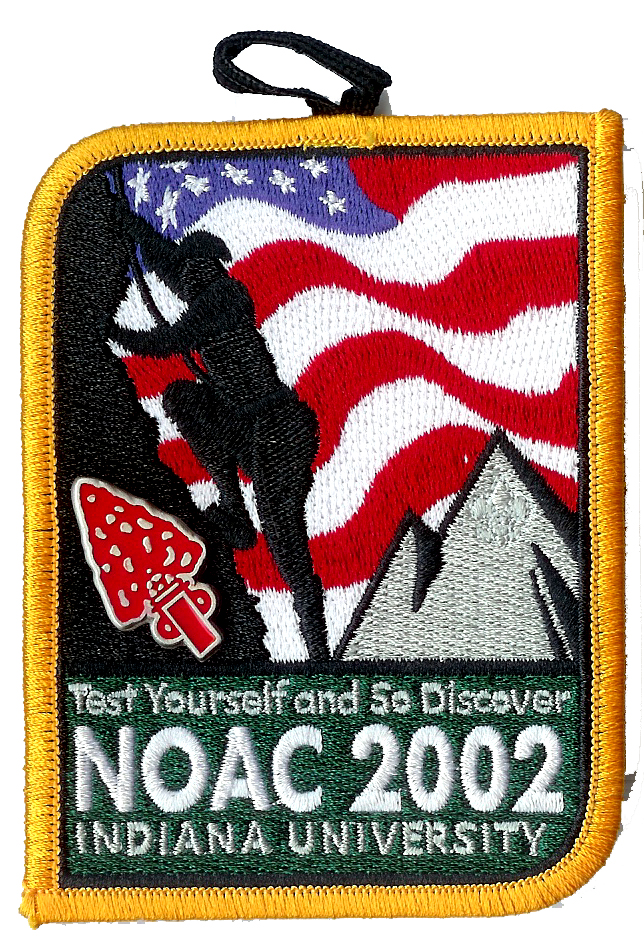 The 2002 NOAC was the first conference to include presentation of the Lifetime Achievement Award. Thomas McBride was the inaugural recipient of the new honor. The Award was an immediate success and has become an important element at every conference since, along with the presentation of the Distinguished Service Award (DSA) and Red Arrow award. 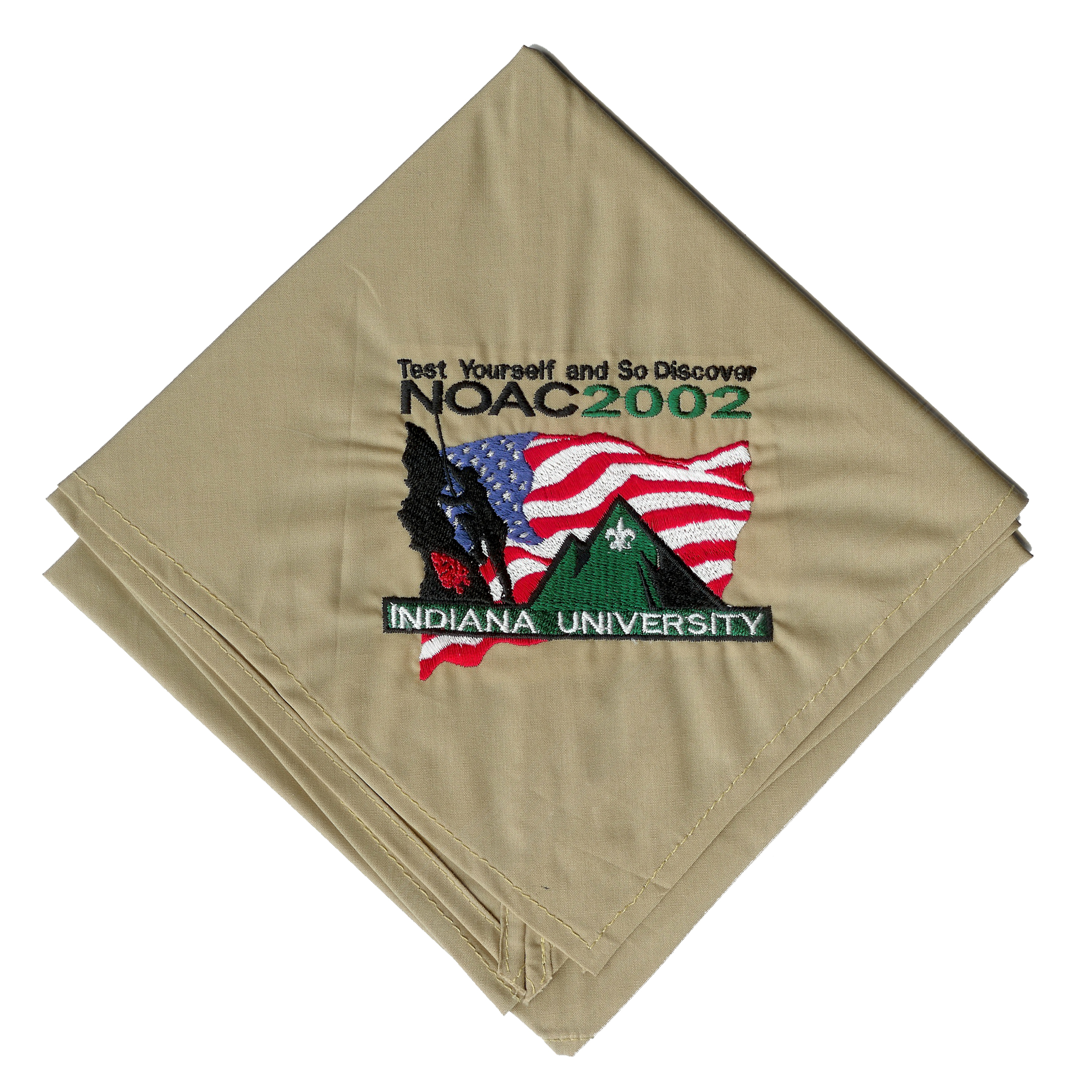 This NOAC again featured Training as the primary program for all delegates. The NOAC Museum was starting to grow rapidly and included reenactments of the first OA ceremonies and local lodge competition. TOAP also was growing as a very popular NOAC feature. Founder’s Day continued as a popular tradition with many lodges offering local foods prepared by Arrowmen. There were Indian dance and ceremony team competitions along with numerous sport tournaments. The Shows staff also continued to outdo themselves constantly creating bigger and better experiences for Arrowmen.