The 75th Anniversary Meeting was a highly anticipated National Order of the Arrow Conference. A record 6,907 Arrowmen met for the festivities at Indiana University, in Bloomington, Indiana. The previous mark of 5,200 had been set 19 years earlier in 1971 at the University of Illinois. This was the seventh NOAC to be held at Indiana University and the first in 21 years. One change was the NOAC host lodge had merged and now was Nicha Chuppecat Lodge. 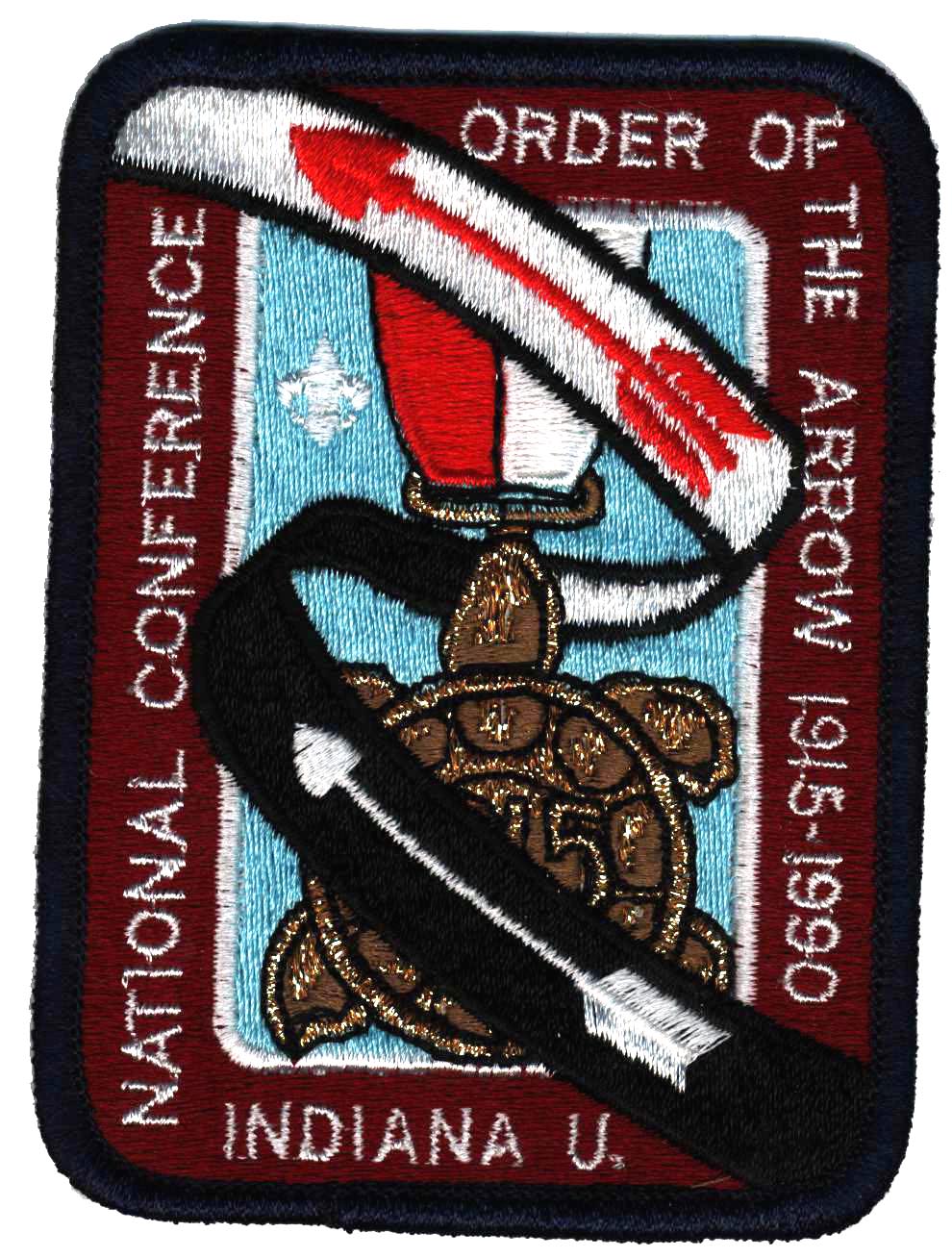 A tradition that started in 1990 was the NOAC Museum. Ken Davis’s Brotherhood of Cheerful Service book and the 75th Anniversary had stimulated interest in the history of the OA. The museum had a very modest start, one “small obscure room”. It has since grown to become a major must-see feature of any NOAC. 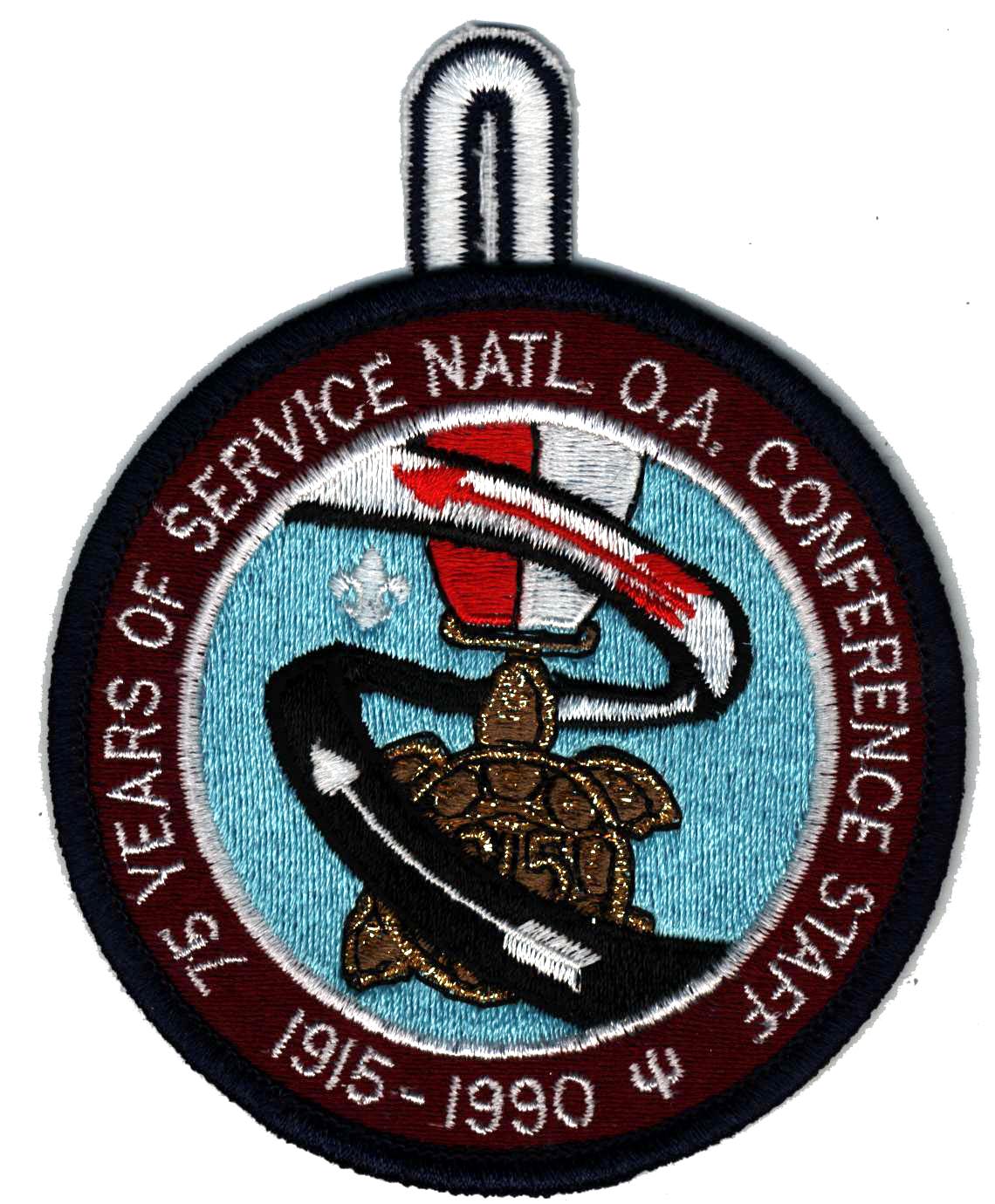 The Distinguished Service Award (DSA) was presented to 37 Arrowmen.