1988 National Order of the Arrow Conference

The 1988 National Order of the Arrow Conference was originally scheduled for UCLA. However, very late in the going problems developed in the contracts. There were issues regarding costs of meals and facilities and an impasse between the National OA Committee and UCLA was reached. There were also concerns just as in 1973 when the Conference came to UC Santa Barbara about the higher costs of traveling as far as the west coast. So the 73rd Anniversary Conference returned back to the site of the 1979 NOAC, Colorado State University, Fort Collins, Colorado. Kola Lodge served as host lodge for a third time. 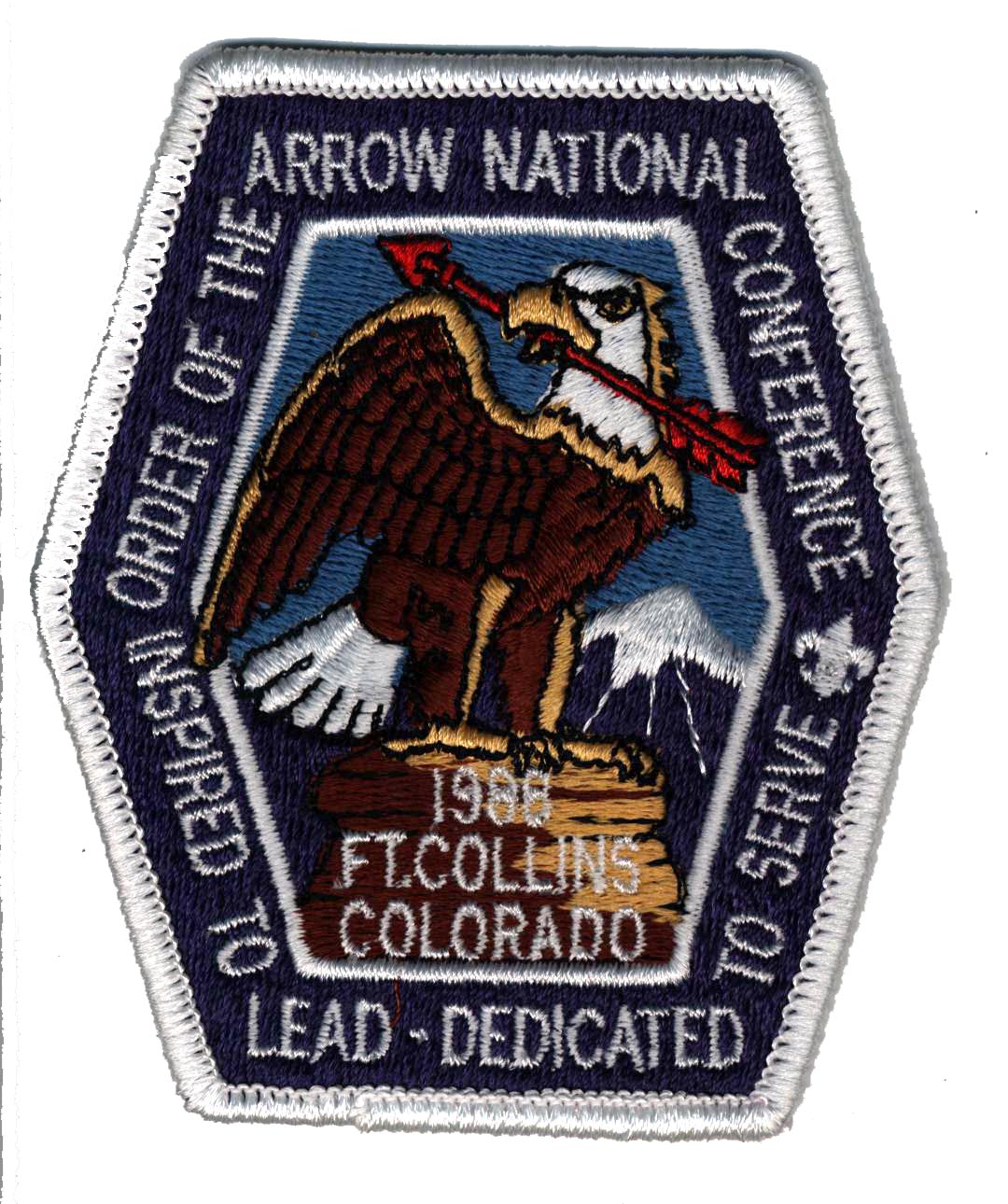 4,200 delegates came to be trained, get inspired and join in fellowship. The Conference Theme selected was "Inspired to Lead, Dedicated to Serve". Four-star General Arthur E. Brown, Jr. gave the keynote address and was presented with the Spirit of Service Award. The Distinguished Service Award (DSA) was presented and Chief Scout Executive Ben Love gave the closing address.