1977 National Order of the Arrow Conference

In 1977, the OA gathered in the South for a National Order of the Arrow Conference for the first time . The University of Tennessee, Knoxville received the honor of hosting the 62nd Anniversary Conference.

The Order had first attempted a southern National Meeting in 1942 at the University of North Carolina, Chapel Hill, but that meeting was canceled because of war restrictions. At the time the meeting would have had to exclude non-white members because the campus was segregated. This time when the OA came to the South that was no longer a problem (The University of Tennessee had desegregated 25 years earlier). 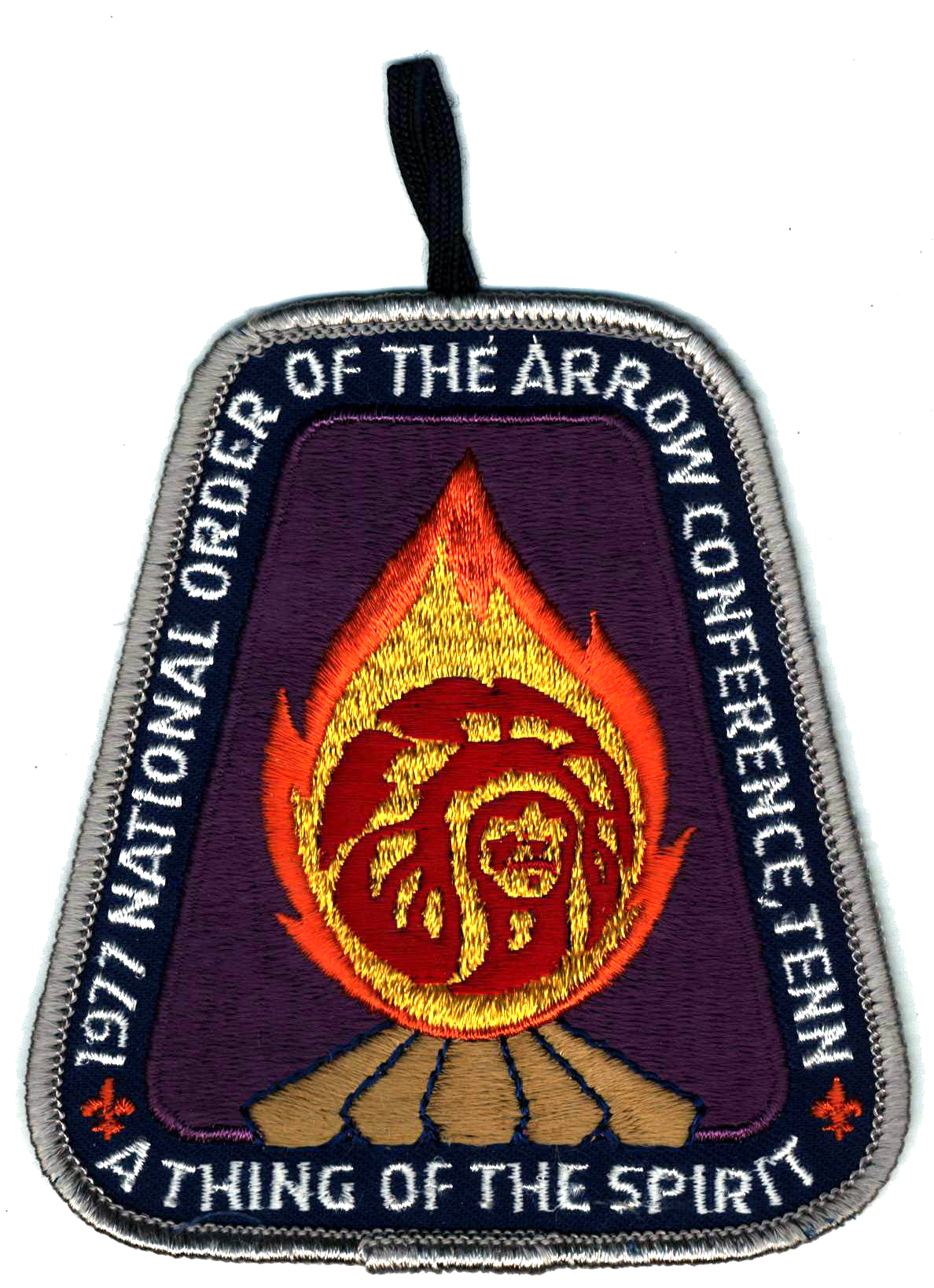 There were 3,900 Arrowmen in attendance including the Founders Goodman and Edson.

The conference theme in 1977 was “A Thing of the Spirit”. At the closing show, the OA Distinguished Service Award (DSA) was presented and E. Urner Goodman gave his traditional closing challenge.

Could I please have the lights on in the auditorium? I’d like to see all of my Brothers as I talk to them…

Goodman challenged the assembled Brotherhood at only one more Conference.