1973 National Order of the Arrow Conference

For the first time, the Order of the Arrow came to the west coast and held the 58th Anniversary National Conference at the University of California, Santa Barbara. 4,400 delegates attended the NOAC many making the cross-country trek.

The idea of going to California was extremely popular and the Conference was officially an early sell out. Even with this success, the Order has not returned to the west coast since and has preferred locations more central to the Scout population. 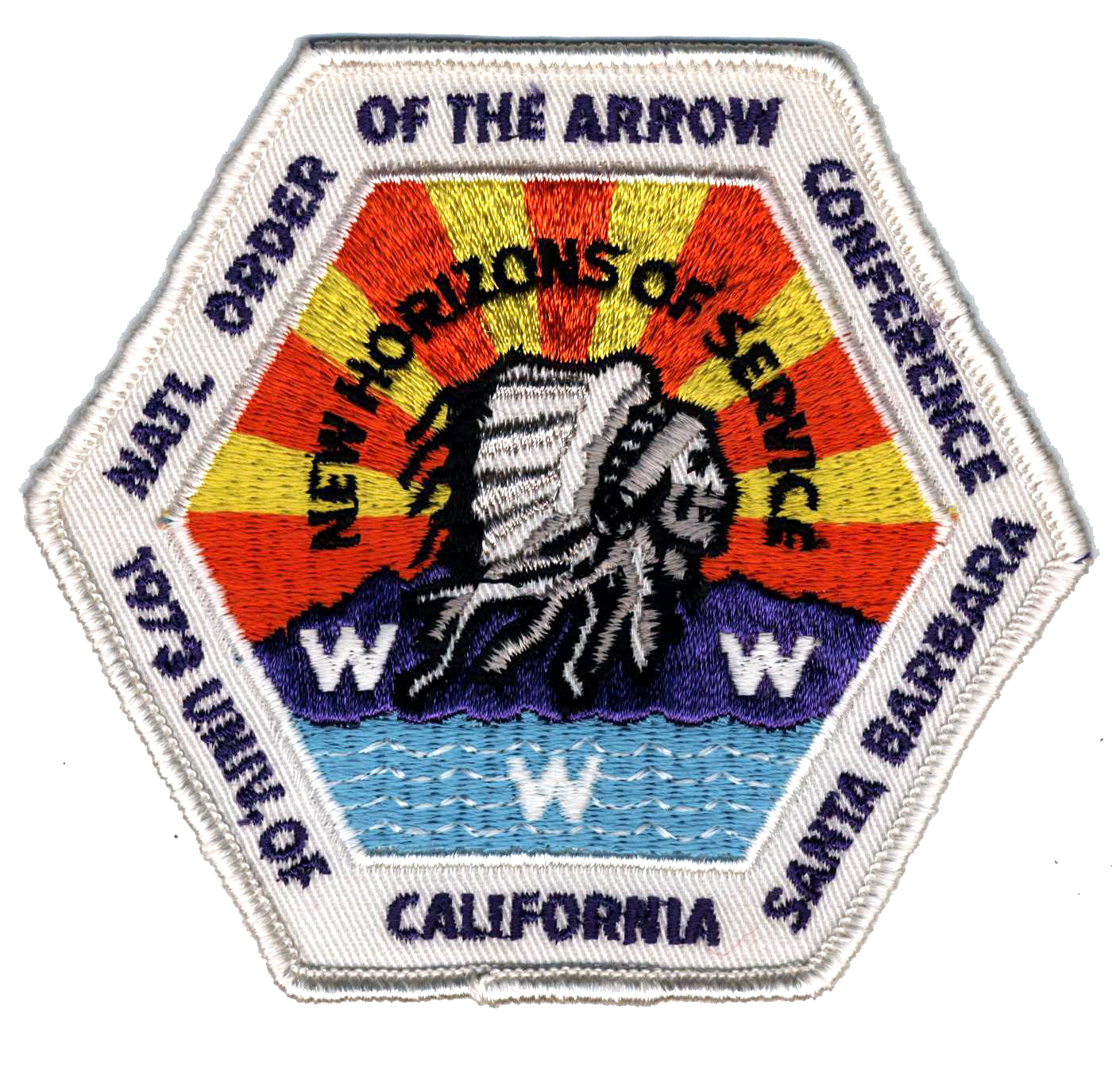 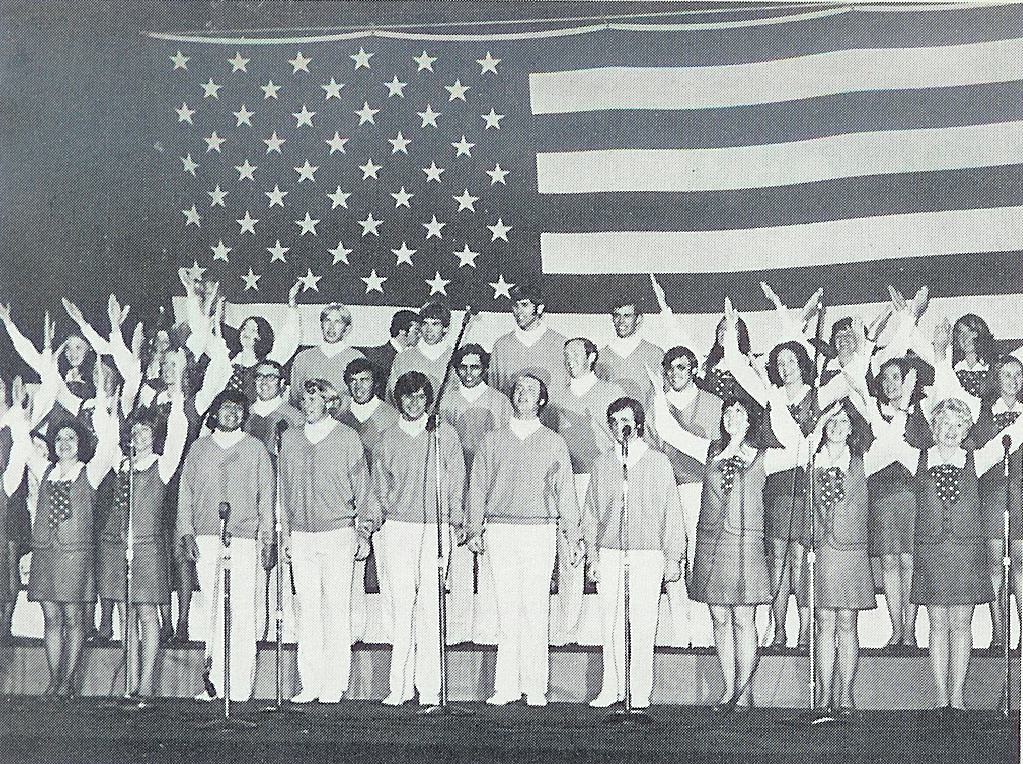 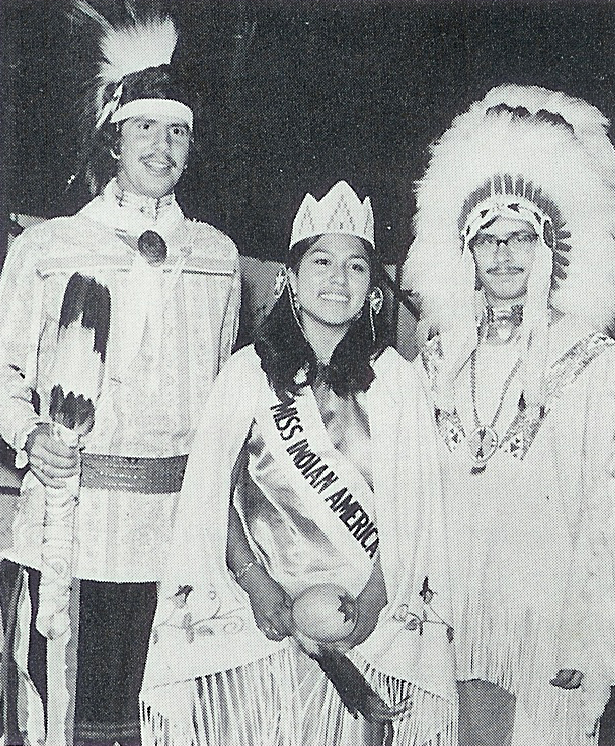 g the special California activities, a highlight for many Arrowmen included OA Day at Disneyland. “New Horizons of Service” was the conference theme. 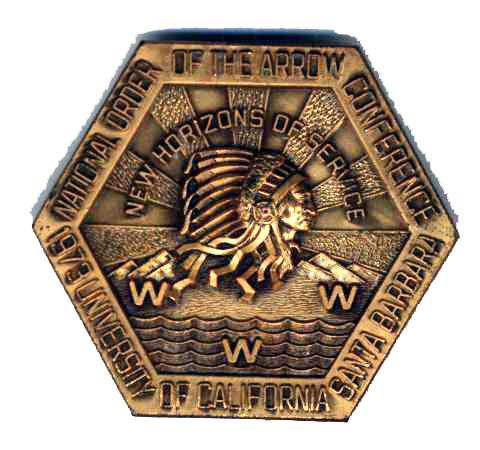 an and Edson were in attendance.

As in the past, long lines for 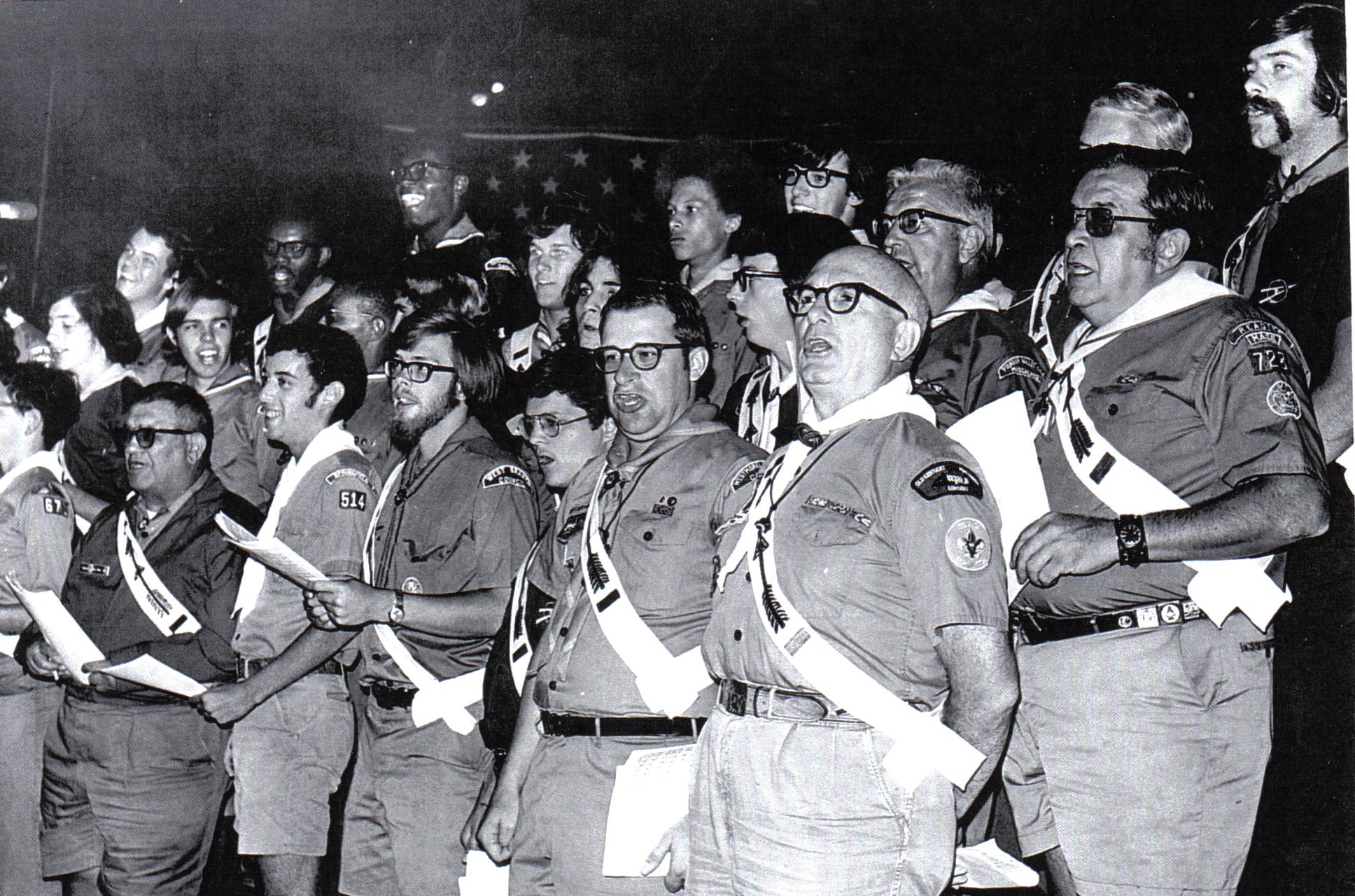 med anytime the two of them sat down; deluged by Arrowmen desirous of having their Arrow sashes signed by the Founders.

The Distinguished Service Award (DSA) was presented and E. Urner Goodman again gave his challenge to Arrowmen at the conclusion of the conferen 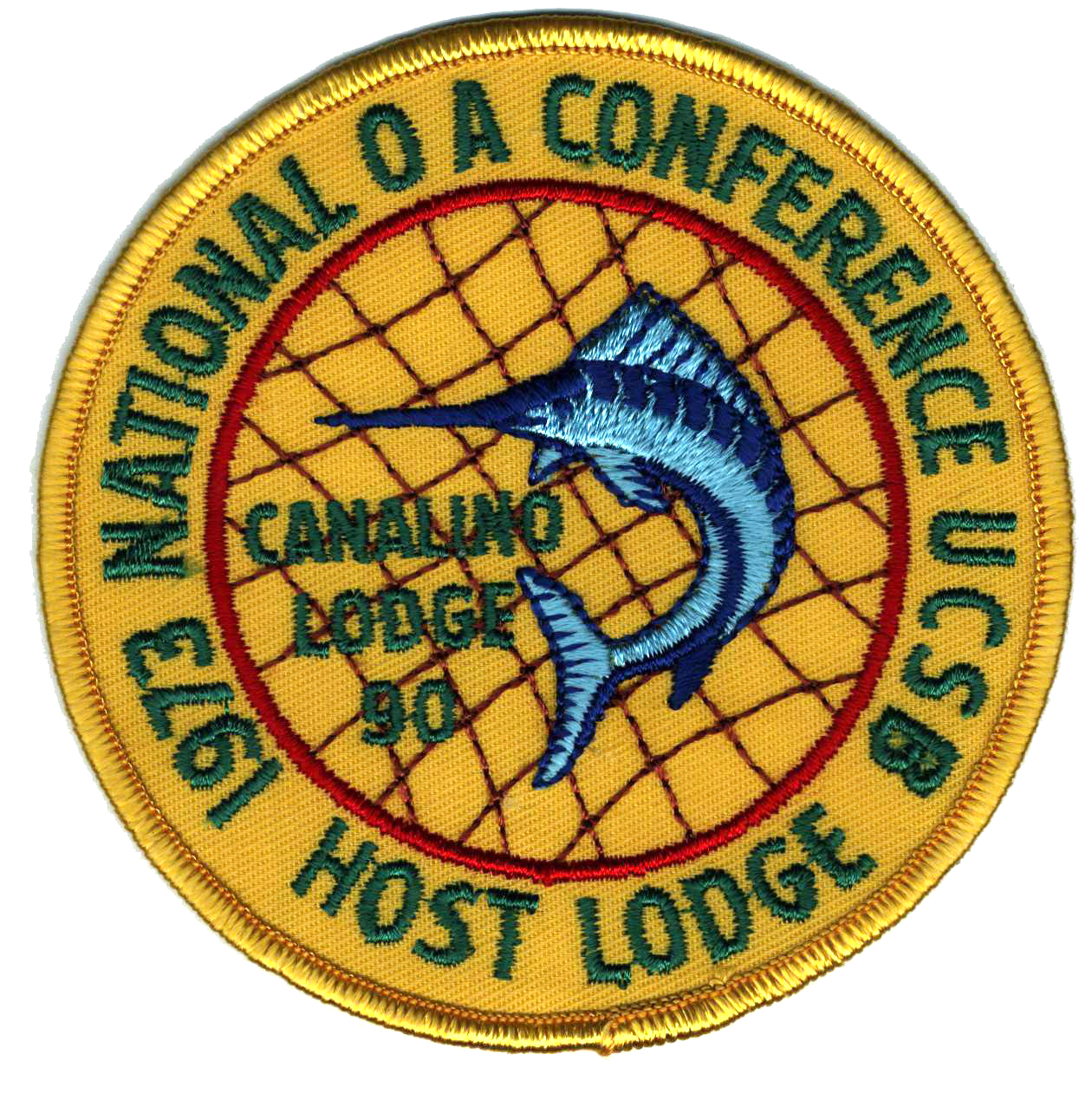