In the early years of the Order it was common for regalia for ceremonies and dance competitions to be made with feathers and/or body parts from birds of prey including bald eagles, golden eagles, hawks, owls, songbirds and migratory birds. Government regulations greatly limited this practice making it illegal to possess these items under most circumstances. It also was made illegal to even trade or sell such items. Nonetheless there existed a thriving black market in the country for these items that unfortunately was driven primarily by Arrowmen obsessed with authenticity and the extraordinary beauty of the feathers. 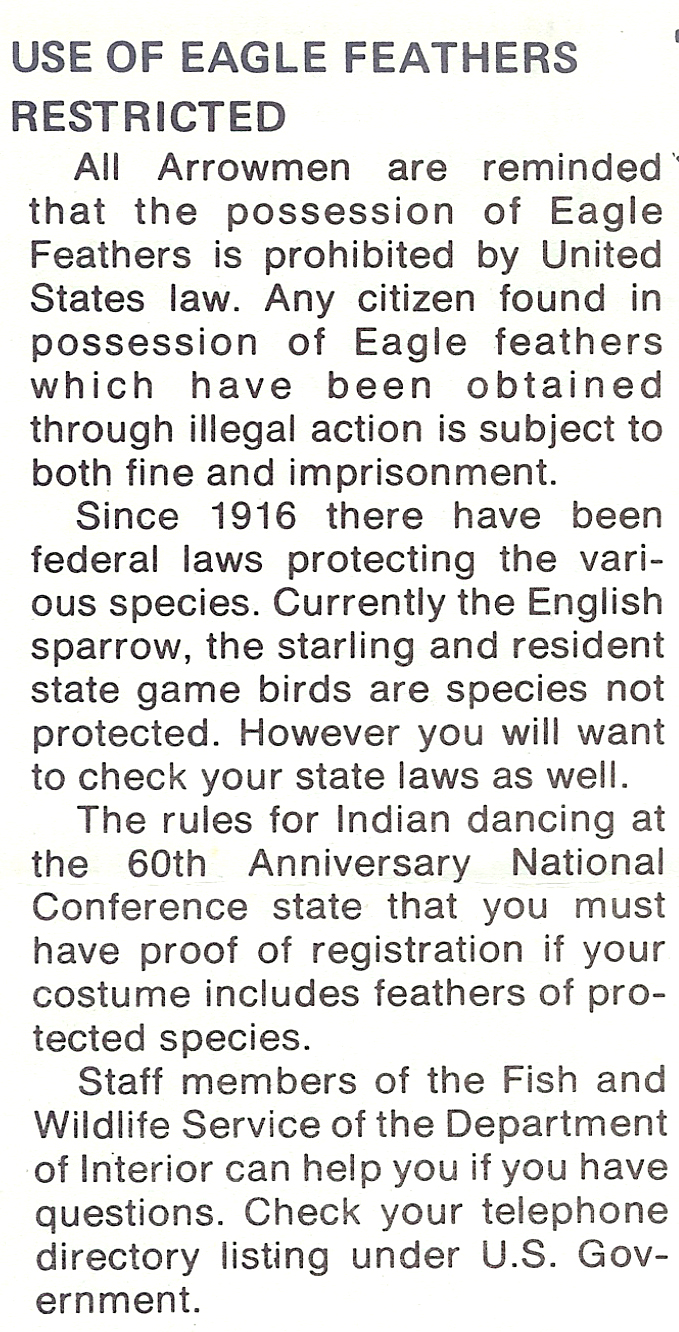 t only feathers of non-protected birds (domesticated or game birds) could be used in Order of the Arrow dance and ceremony competitions.

This restriction applied even in cases of legal possession of feathers of protected birds. This decision significantly reduced the market for illegal feathers.

This action also avoided the severe legal penalties and embarrassment that would have resulted if a National OA Conference’s dance or ceremony competition was visited by Federal law enforcement.