Jim Lovell is best known as the Commander of the Apollo 13 mission. He was also an Arrowman. Lovell was an Eagle Scout serving in Milwaukee County Council and in 1946 served as lodge treasurer of Mikano Lodge.

Lovell piloted the Gemini 7 space flight in December of 1965 and Gemini 12 in November of 1966. As Goodman put it,

we shot an Arrowman in the air.

In December 1968 Lovell was Commander of the first flight to orbit the moon. Upon his return he presented a Mikano Lodge flap that had traveled to the moon and back with him. In 1970 Jim Lovell was Commander of the ill-fated Apollo 13 flight. Lovell wrote about the experience in his book, Lost Moon: The Perilous Voyage of Apollo 13. The mission was popularized in the movie, Apollo 13, with Tom Hanks playing Lovell. Lovell had intended to bring a Mikano Lodge flap to the moon and actually coat it in lunar dust. 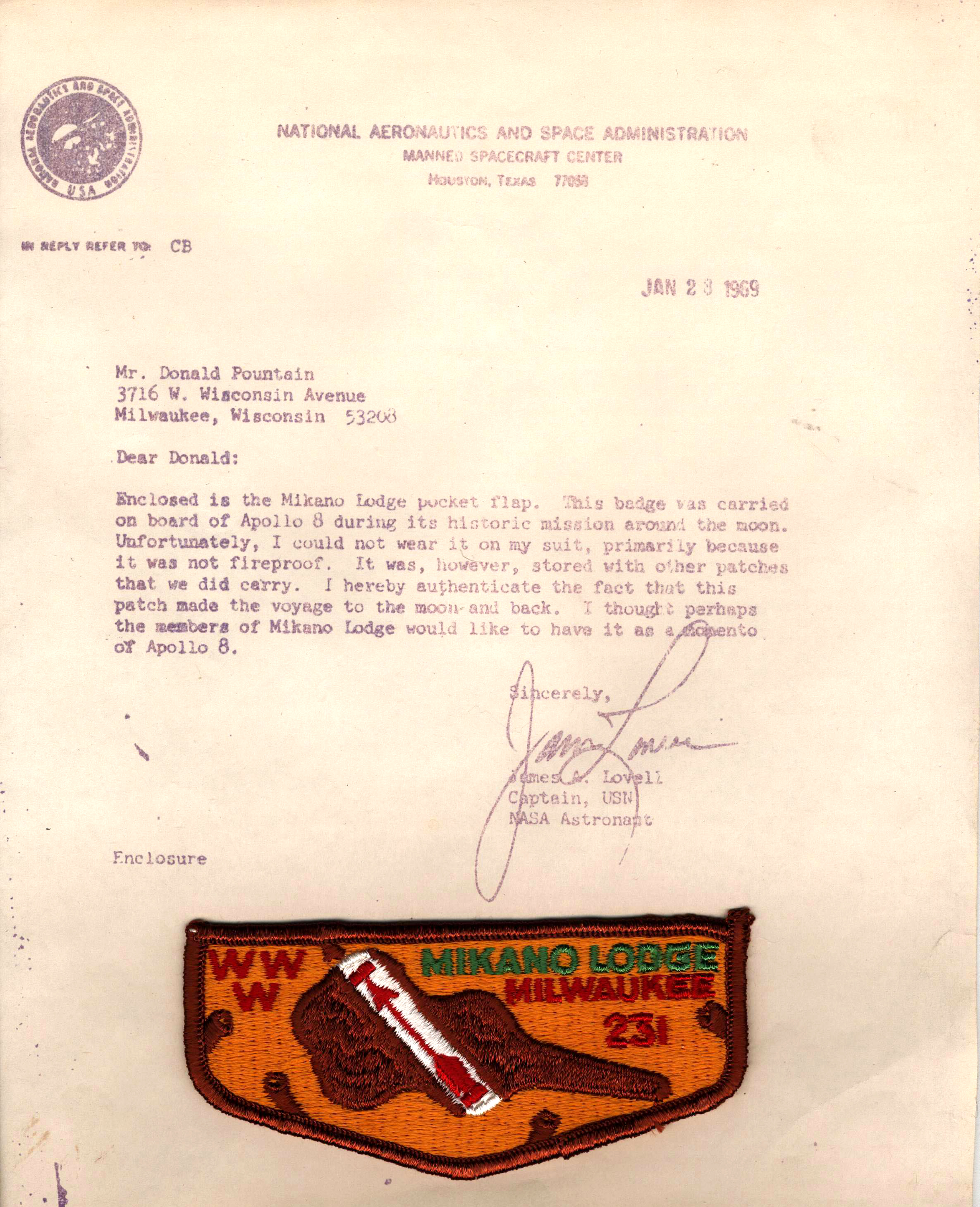 In a “Dewey defeats Truman” type article in the National Bulletin an article was placed proclaiming that Lovell had attempted to start a lodge on the Moon and that the flap with lunar dust was on display at the national office. By the time the article was published virtually everyone on the planet knew of the failed lunar mission. 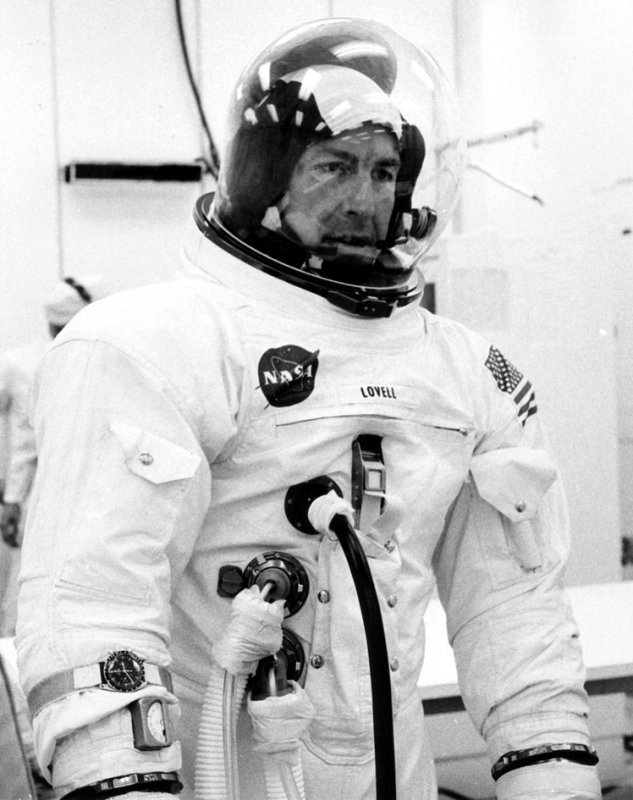