President Warren G. Harding was inaugurated as the 29th President of the United States. He was also the first sitting Senator to become President. Harding’s famous line "Return to Normalcy” was a call to return to a way of life before World War I. 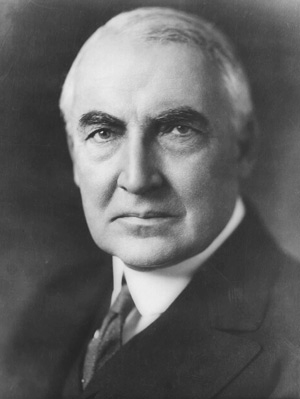 Harding took a laissez-faire approach to leading this country, but was still able to make several contributions during his term. The establishment of the Bureau of the Budget was a great achievement for the President. He also consolidated five separate bureaus into one – the Veteran’s Bureau. Both of these bureaus reduced government spending. Unfortunately, corruption in his cabinet yielded a perceived lack of effectiveness as a President. In 1923, President Harding gave out “Harding Awards” to Scout troops who increased in membership. There were 5,508 Harding Awards that were awarded that year. He is quoted as saying, “I am with the Scout movement heart and soul.”