In 1950 the National OA Committee created a reversed color OA Vigil Honor sash so that National OA Committeemen could easily be identified. There were as few as 15 of these special felt Vigil Honor sashes issued. One of these special sashes belonged to E. Urner Goodman. The sash was only used for a few years and after 1954 the sash retired from usage. 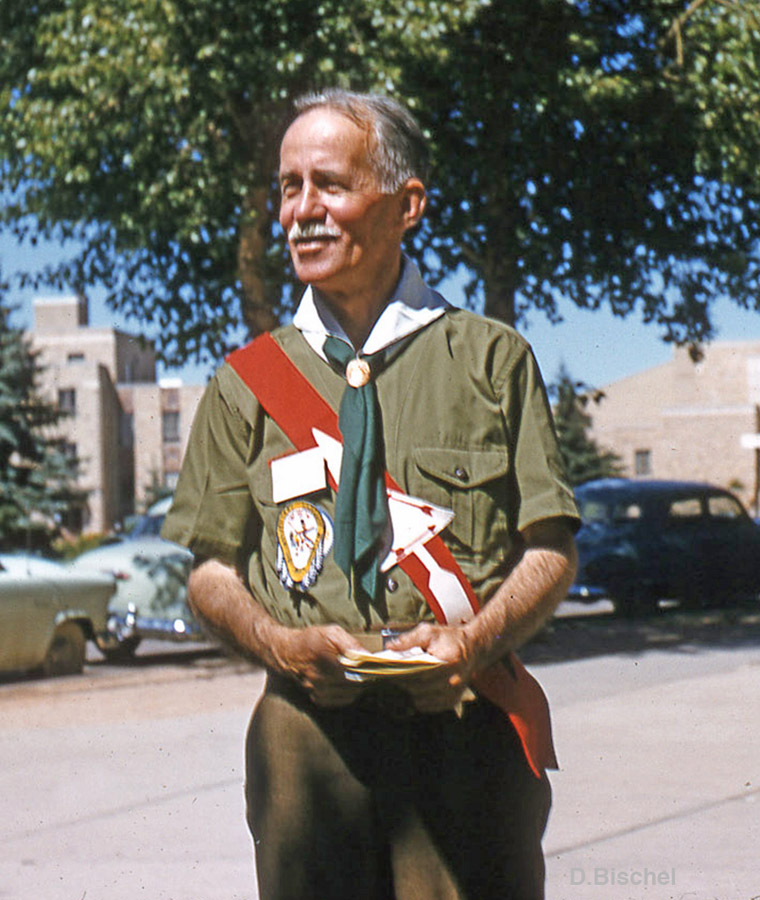 oodman was wearing his National OA Committee sash when he was told that the sash was no longer in usage. Goodman a stickler for proper uniform immediately took it off and turned to the young man next to him and asked him if he wanted the sash. That young man was Dr. Carl Marchetti, who has now served on the National OA Committee since 1962 including as Chairman from 1984 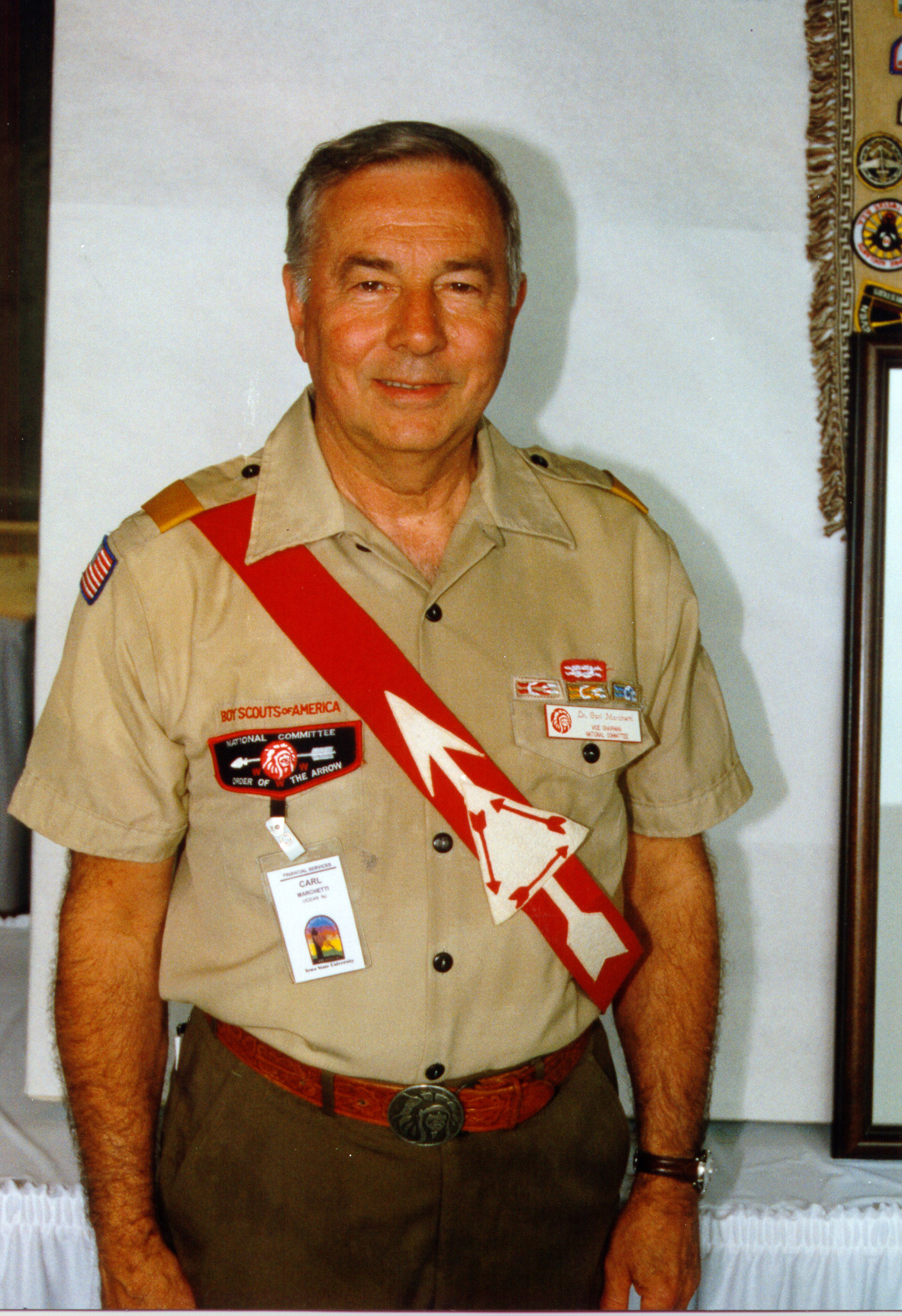 At the 2011 National Planning Meeting Dr. Marchetti announced that he would be donating this incredible artifact to the Order of the Arrow.