On September 13, 1951 the National OA Committee voted to bestow the title of “Honorary National Chief” on Dr. E. Urner Goodman. Thirty years earlier Goodman had served Wimachtendienk, W.W. as its first Grand Lodge Chieftain, later called National Chief. This honor was made in tribute to the Founder upon his retirement from the BSA.

A calfskin was presented to Goodman by National OA Committee 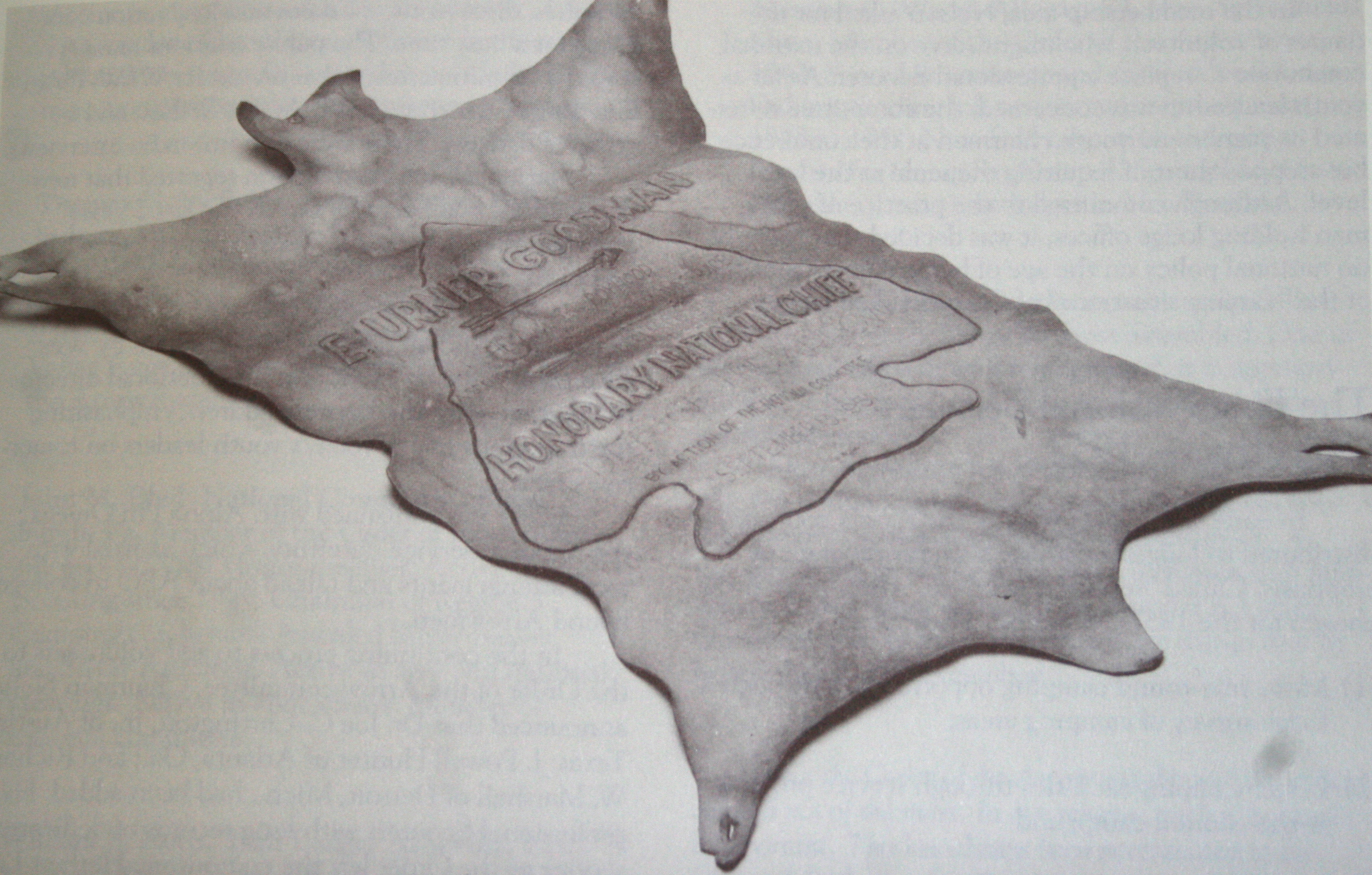 He Gave to Boyhood a Brotherhood of Cheer and Service”.