Profile Goodman - Retrospective of his life

Infinity, dear brothers, extends not only outward to the reaches of that clear blue sky… but also inward, to the heart of each human being. E. Urner Goodman 1975 NOAC closing address.

Goodman lived in an era of great change – from horse and buggy days to men on the moon. He also lived a life of great change. He knew much joy – a good childhood with friends and family, a successful career, a loving wife, three wonderful children and the lifelong inspiration of his faith. He also knew much tragedy – the death of his mother and aunt when he was a little boy, months of quarantine for diphtheria, tuberculosis as a young man, and the death of his son George in World War II. 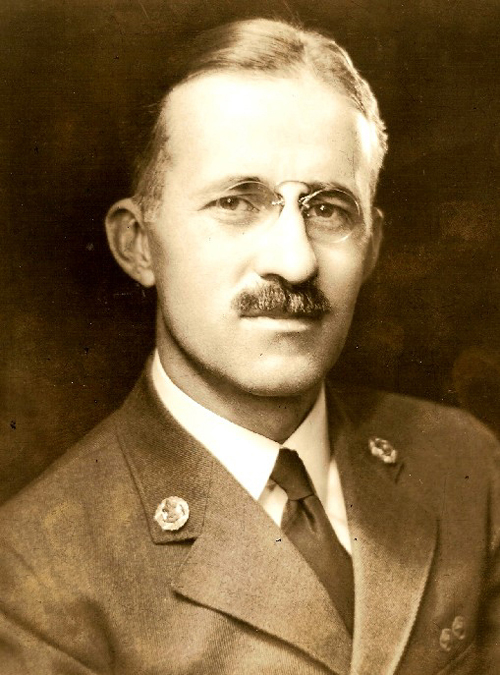 Like the hero of Baden-Powell’s favorite play, Peter Pan, Goodman was one of the many men who sought to put off growing up by engaging in a life’s work consumed with the things of boyhood – outdoor fun among good friends, acting chivalrous by helping others, giving everyone a chance to play, being loud and silly. Thus was the Scouter rewarded in his work with youth.

He had mastered the art of leadership, and had success after success professionally and with the Order of the Arrow, because he gave away to others the opportunity to be in charge, to exercise authority, to be creative, to take responsibility.

He was loved by all because of his self-effacing manner and his desire to do what was best for others, putting his own needs last. Always a peacemaker among Scouters, George’s death convinced him that world brotherhood was a worthy goal.

As he said at the end of his career with BSA:

I had indeed found my life mission… . Those 36 years of professional service, 16 years as Executive in Philadelphia and Chicago, and 20 years as national program director, brought rich rewards, far beyond any salary considerations. They represented the work, above all others, that I wanted to do.