In the early days of Scouting, boys were so eager to become Scouts that they sometimes set out to recruit their own adult leaders. That was how E. Urner Goodman became involved with Scouting.

One day in 1911, two young Scouts, Gilson M. Talmadge and Boyd Johnson went to Urner Goodman’s parent's house and asked him to join their troop as Scoutmaster. Urner accepted the Scout’s offer and became the Scoutmaster of Boy Scout Troop 1, the first chartered troop in Philadelphia, Pennsylvania. 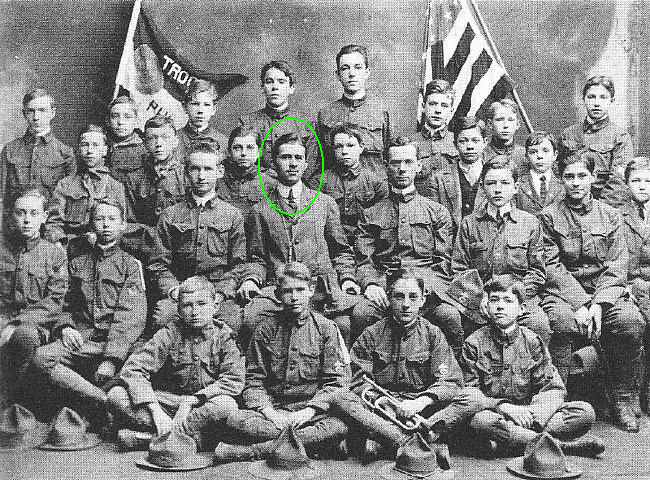 Gil Talmadge many years later would help to found Oo Yum Buli Lodge in the Berkeley-Contra Costa Area Council in California. He also initiated the Lodge Award which now bears his name to stimulate the use of pioneering skills in "getting the boys off the ground and out of the dust" when camping.

Gil attended the 1975 NOAC and during a speech by Goodman, the story of how Gil came to his house was told. Goodman referred to Gil Talmadge as “my first Scout, who got me into Scouting” and later he referred to him as the “Founder’s Finder”. Gil received the Distinguished Service Award in 1979.