“Bush41” as he is known was just that – the 41st President of the United States. As president, George H. W. Bush appeared at the 12th National Scout Jamboree in Fort A.P. Hill, VA. While walking off the stage at the Jamboree, a Scout gave him a jamboree pin.  He walked a few steps, turned around, and said (not an exact quote), “Scouts trade things.  Here you go.” and gave the Scout his tie clasp with the Presidential Seal on it. 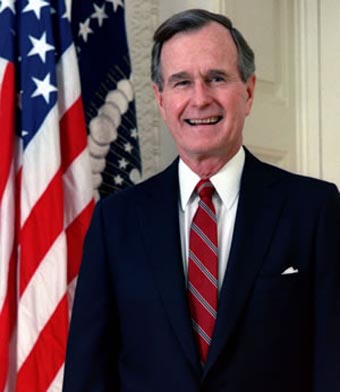