There are no known examples or photographs of the original black sash with white bar or arrow on it.

The earliest photograph known showing a Wimachtendienk sash being worn is 1919. This photo was taken at Treasure Island at the Council Fire Ring during a Friday evening public First Degree induction ceremony. The photograph is black and white and shows a white background sash with a dark arrow on it. Because the colors red and black have the same value in black and white photography there is no way to know if the arrows on the sashes in this early photo are black or red.

There is one known example of a white sash with a black arrow that originated from Chicago and dates to the early 1920s. This was a locally made sash, likely an early example of Chicago doing its own thing. However there is no evidence that suggests that early Wimachtendienk at Treasure Island ever used a sash other than white with red arrow except for the first black sashes from 1915.

The mention is by the Chief; Sakima who states just before the closing ceremony:

… Now, with the assistance of Pow-wow, I shall pin on your breasts the badge of the turtle, with the arrow pointing over your left shoulder, change your arrow bands to the left side, and giving you again the grip of the Order, declare you members of the second degree, and entitled to all the rights, privileges and immunities of the Order. 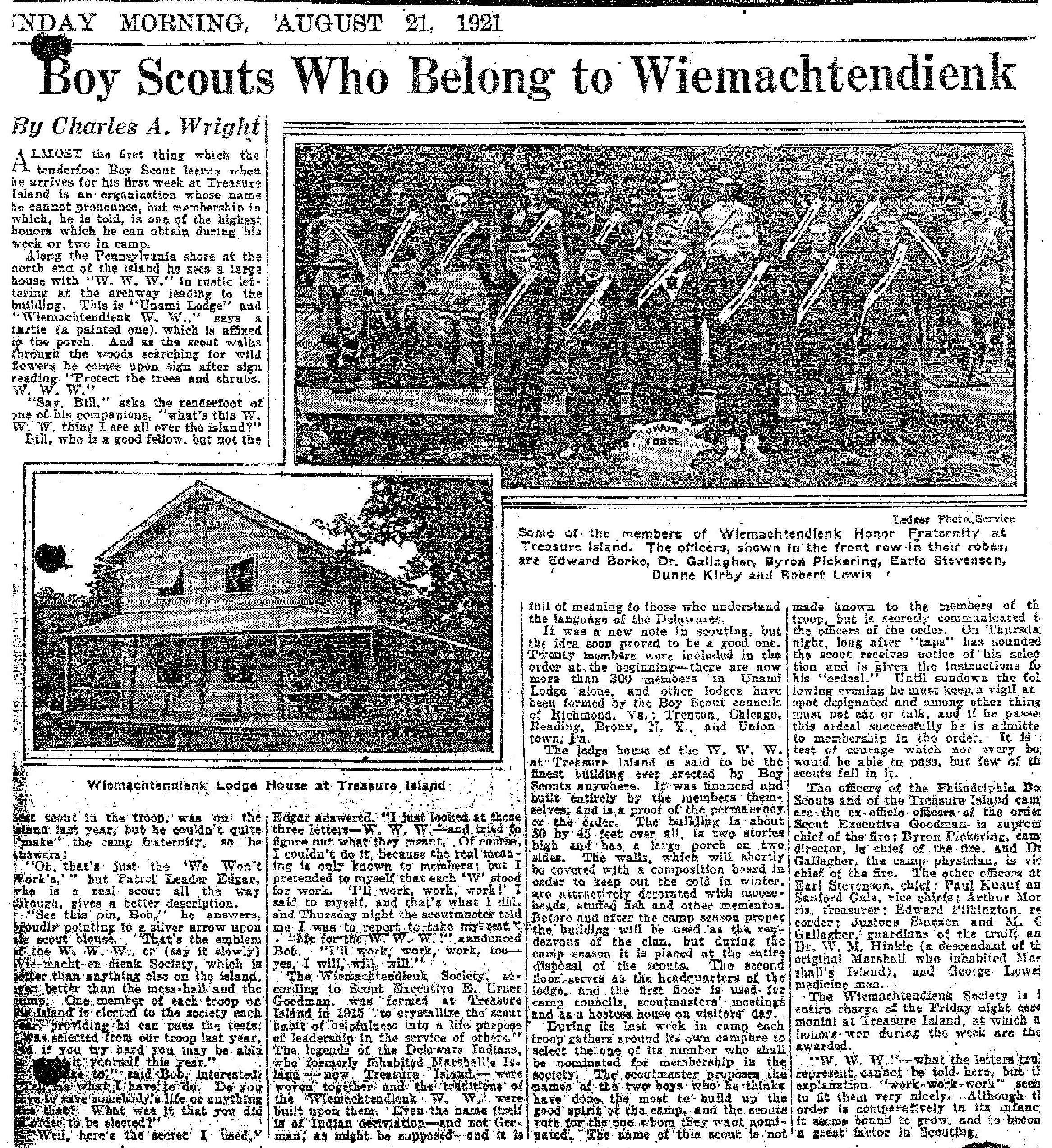