When Baden-Powell was stationed in South Africa during the Second Matebele War of 1896, he frequently led reconnaissance missions into enemy territory. Many of the scouting skills he learned in childhood were improved and mastered during this period. It was here he met an American by the name of Frederick Russell Burnham, the Chief of Scouts for the British Army during the Boer War. Burnham had a major influence upon Baden-Powell, imparting the scoutcraft and self-reliance skills from the Indians and from the American West and the importance of teaching these skills to young men. Years later, Baden-Powell wrote a book called Aids to Scouting, much a written explantion of the lessons he had learned from Burnham. 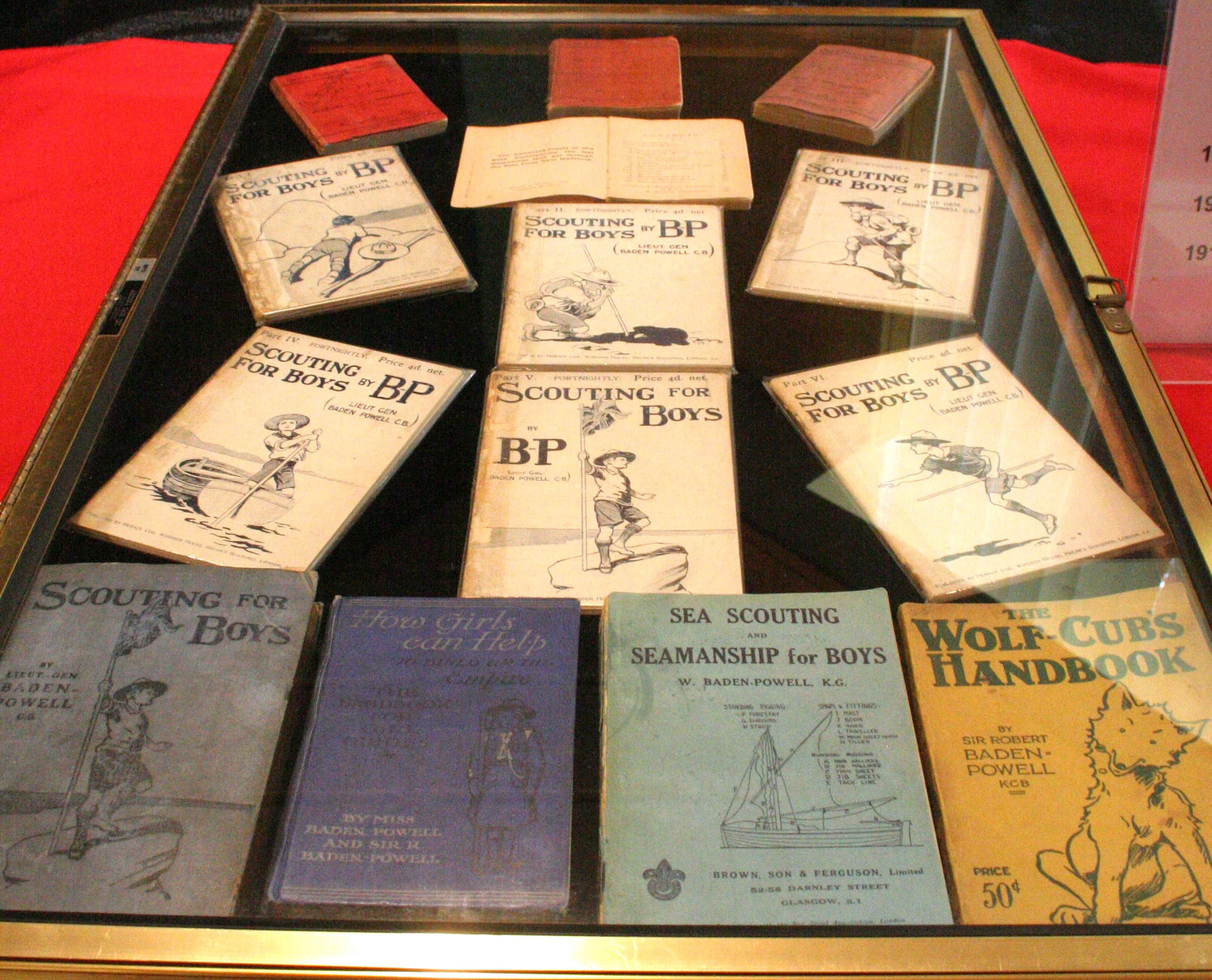 After the siege of Mafeking, Aids to Scouting saw heightened popularity, and was used by many youth groups and teachers in Britain. Several people recommended that Baden-Powell rewrite the book for use by civilians, including his friend William Alexander Smith, founder of the Boys’ Brigade. In 1906, Ernest Thompson Seton, later Chief Scout of the BSA, sent Baden-Powell a copy of The Birch Bark Roll of the Woodcraft Indians. Soon after, Seton and Baden-Powell met and discussed youth training ideas.

After Baden-Powell had written a draft called Boy Patrols, he assembled 22 boys for a weeklong camp at Brownsea Island in August 1907 to see how his ideas would work. At this camp, the Patrol Method (where scouts divided into patrols and elected leaders) was put into practice.

With the success of the camp, Baden-Powell released Scouting for Boys in six parts in 1908; later on it came all in one book. The book had none of the military background of Aids to Scouting (although his experiences with Burnham and during the siege at Mafeking had a strong influence on the book) and had many of the Scouting skills presented by figures other than military soldiers like outdoorsmen and explorers. It also included the Scout method (the Scout Oath and Law, as well as the Patrol Method). The book was very popular upon release, and became one of the best-selling books in history.