In 1910, the first year of the Boy Scouts of America the BSA did not “Register” Scouts. Instead each Scout was “Certified.” The early BSA was still using the original British Boy Scout terms and symbols. Instead of receiving a registration card they received a document that certified them as a Scout. The BSA symbol printed on the certificate was the British Scout symbol, not the familiar BSA trefoil. Perhaps most unusual was usage of the British Scout Law. As a result the 1910 Certificate was printed with “The Nine Points of the Scout Law” and not our familiar twelve. Among the original BSA Nine Points of the Scout Law was the Eighth Point, “A Scout smiles and whistles under all circumstances.” 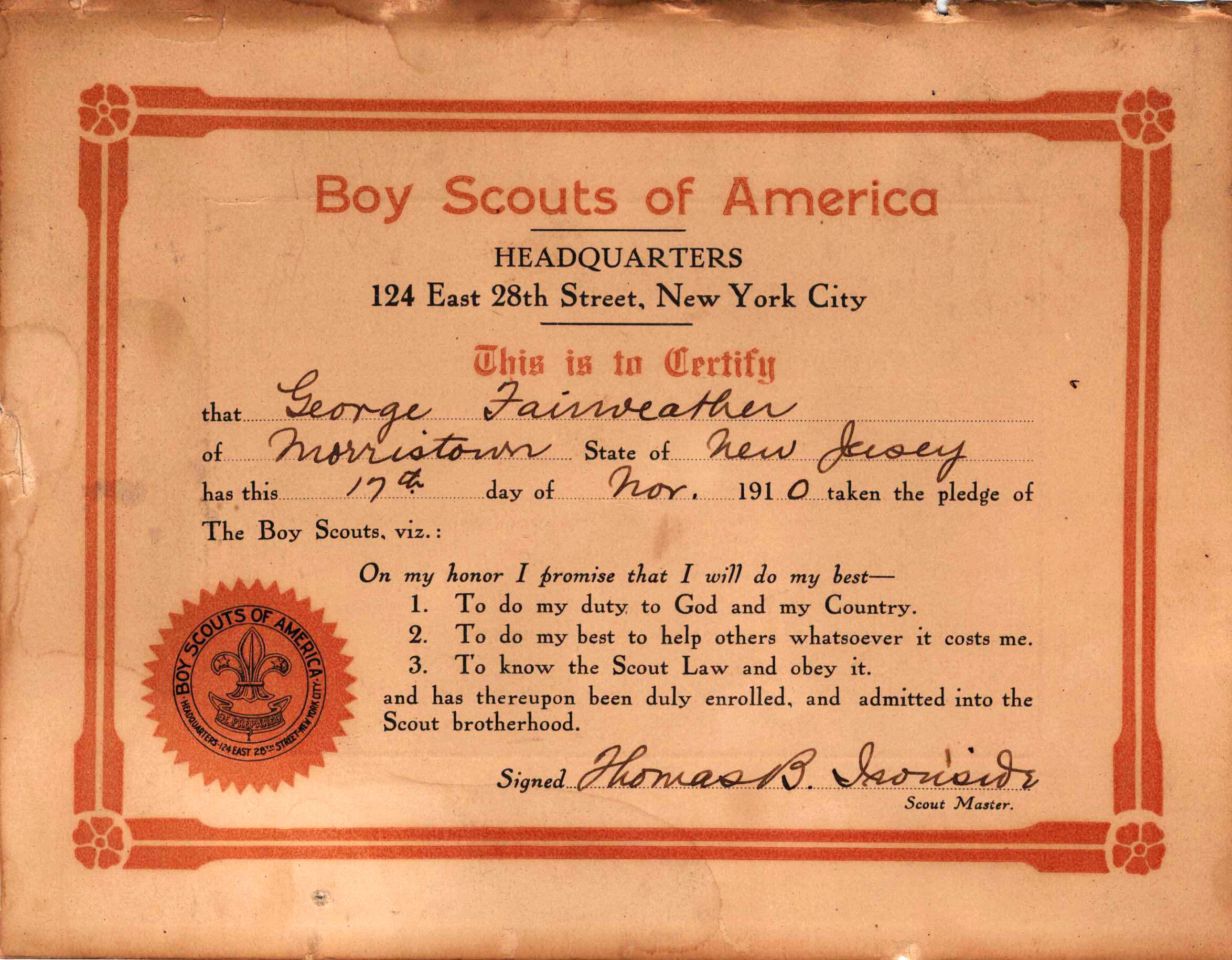 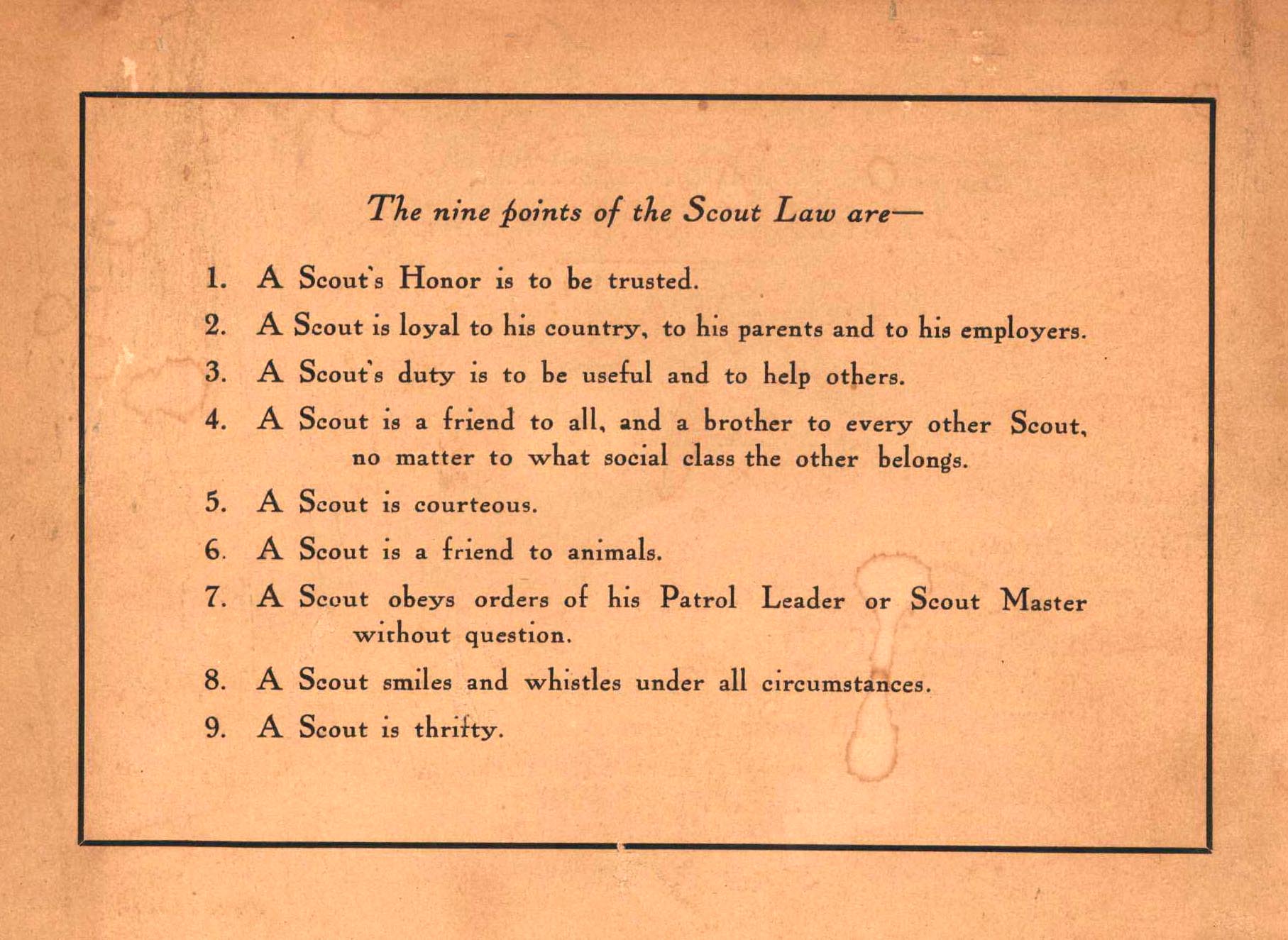