The 2003 OA Indian Summer took place in August 2003 at the Ridgecrest Conference Center near Ashville, North Carolina. Indian Summer was designed to help strengthen Arrowmen’s understanding of the American Indian culture and the relationship it has in OA ceremonies. 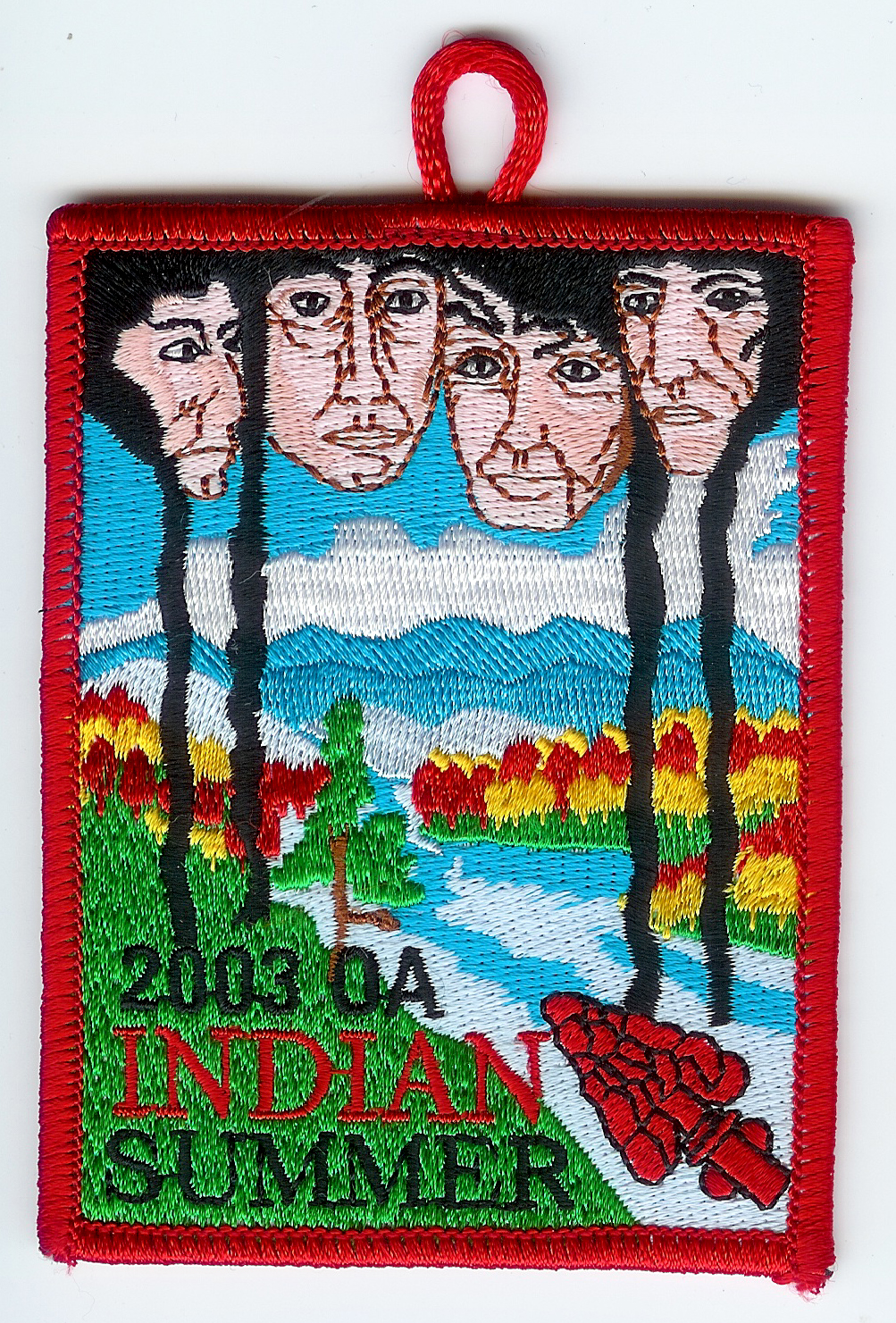 Participants had hands-on training from experts in American Indian dancing, singing, crafts, customs, traditions, games and pow-wows. No competitions took place; the Indian Summer program was designed to create a more relaxed atmosphere for youth and adult Arrowmen to spend time feeding their appetites with the rich culture of the American Indians.

Participants also focused on the Order’s ceremonies. Professional actors were on hand to help Arrowmen and lodges form the characters and improve the stage presence of the principal parts. Emphasis was also placed on “dressing for success” in OA Ceremonies. Every lodge was allocated 10 delegates with a maximum of three adults age 21 and older.

After an eight year hiatus, an opening in the national calendar has allowed the OA to hold a second Indian Summer, also at the Ridgecrest Conference Center, scheduled for August 1 - 6, 2011.