The Official Handbook: A Handbook of Woodcraft, Scouting, and Life-craft (now known as the 1910 Original Edition Handbook) was written by Ernest Thompson Seton and was influenced significantly by Baden-Powell’s Scouting for Boys (Baden-Powell’s book was based heavily off of Seton’s handbook for his youth group The Woodcraft Indians, The Birch Bark Roll.) This version was published from July 1910 to March 1911. While this handbook covered many aspects on the organization of Scouting and camping skills, it surprisingly ignored things like first aid, knife & axe use, and how to use a compass and map (all things that are basic subjects for current Boy Scout Handbooks.) 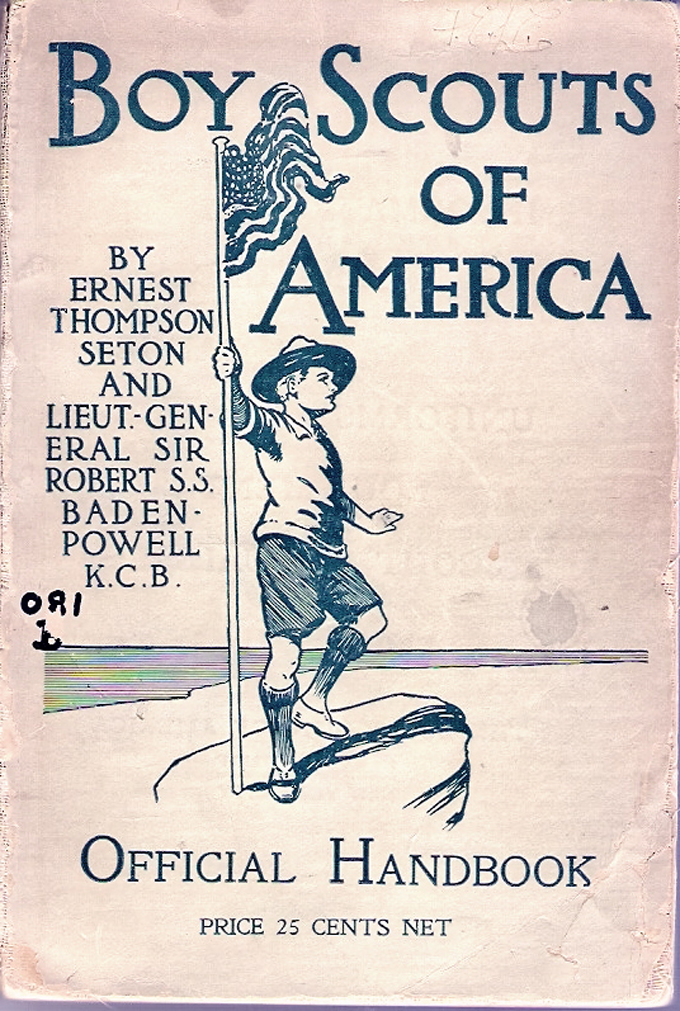 The Official Handbook for Boys was published in June of 1911. It covered Scouting virtues and morals at length, as well as including a standard Scouting program and regulations. As with Seton’s version, first aid, knife, and compass skills were once again left out.