The Order of the Arrow National Bulletin in the spring of 1950 announced that there was a new sash for members of the Brotherhood Honor to wear. 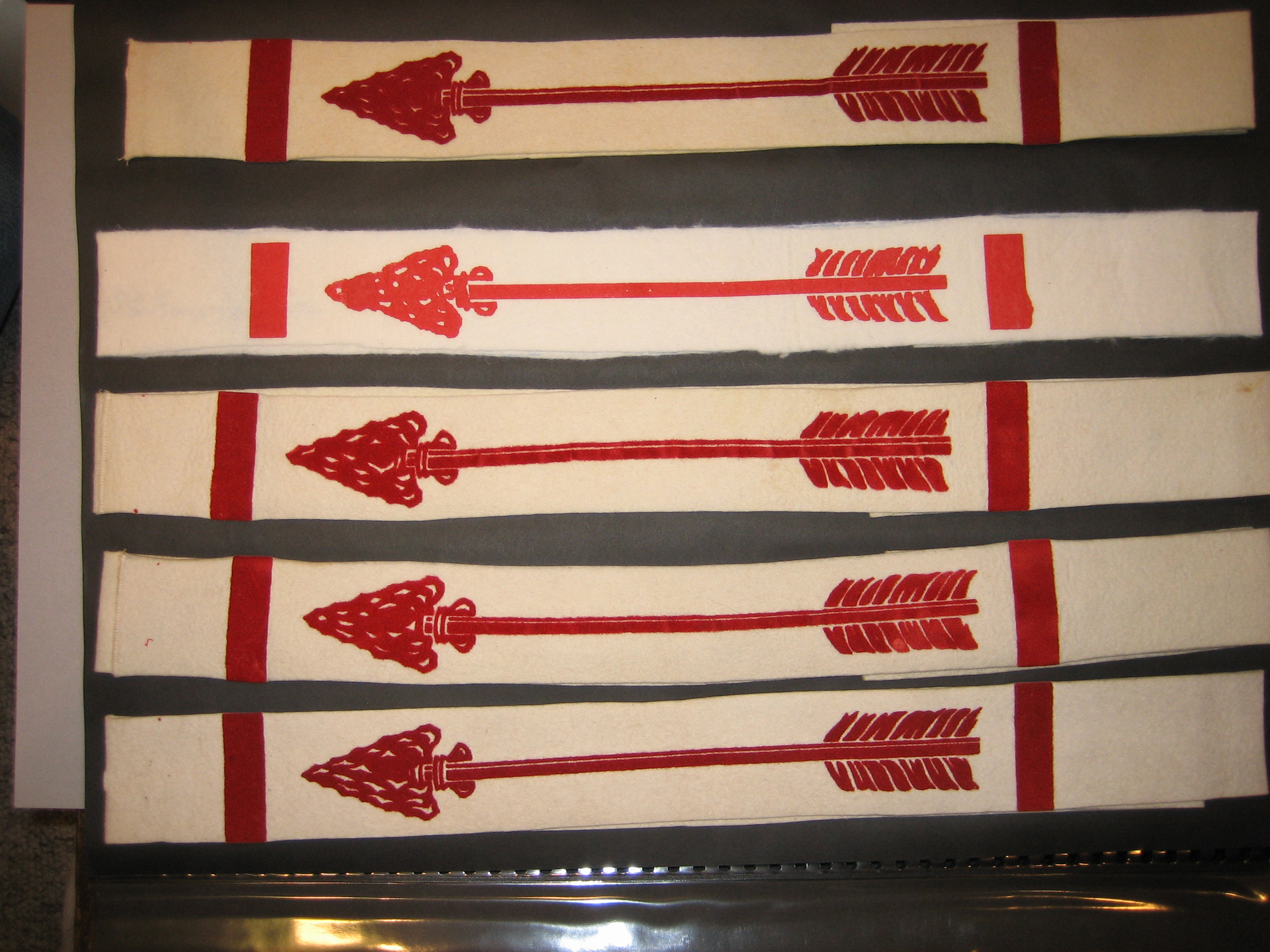 Accompanying the last issue of the OA Bulletin was a statement of policy on the wearing of Order of the Arrow sashes. As indicated in this letter, all arrow bands will now be worn over the right shoulder, and a new special Brotherhood band will be available for members of this honor. This policy change was made chiefly for better uniformity of dress and neatness in appearance.

The new Brotherhood Honor sash may now be ordered through Supply Service in New York. The catalog number for this band is 5004 and will sell for fifty cents.

The new sash was the Ordeal sash with a red bar placed at each end of the arrow.