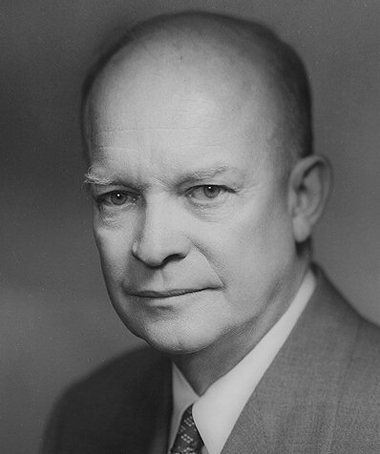 very strong supporter of Scouting ever since his son participated in the program.

President Eisenhower was made an "honorary member" of the Order of the Arrow on April 23, 1954 by the members of Zit-Kala-Sha Lodge, Louisville, Kentucky.  The only president to be "inducted" was Franklin D. Roosevelt.