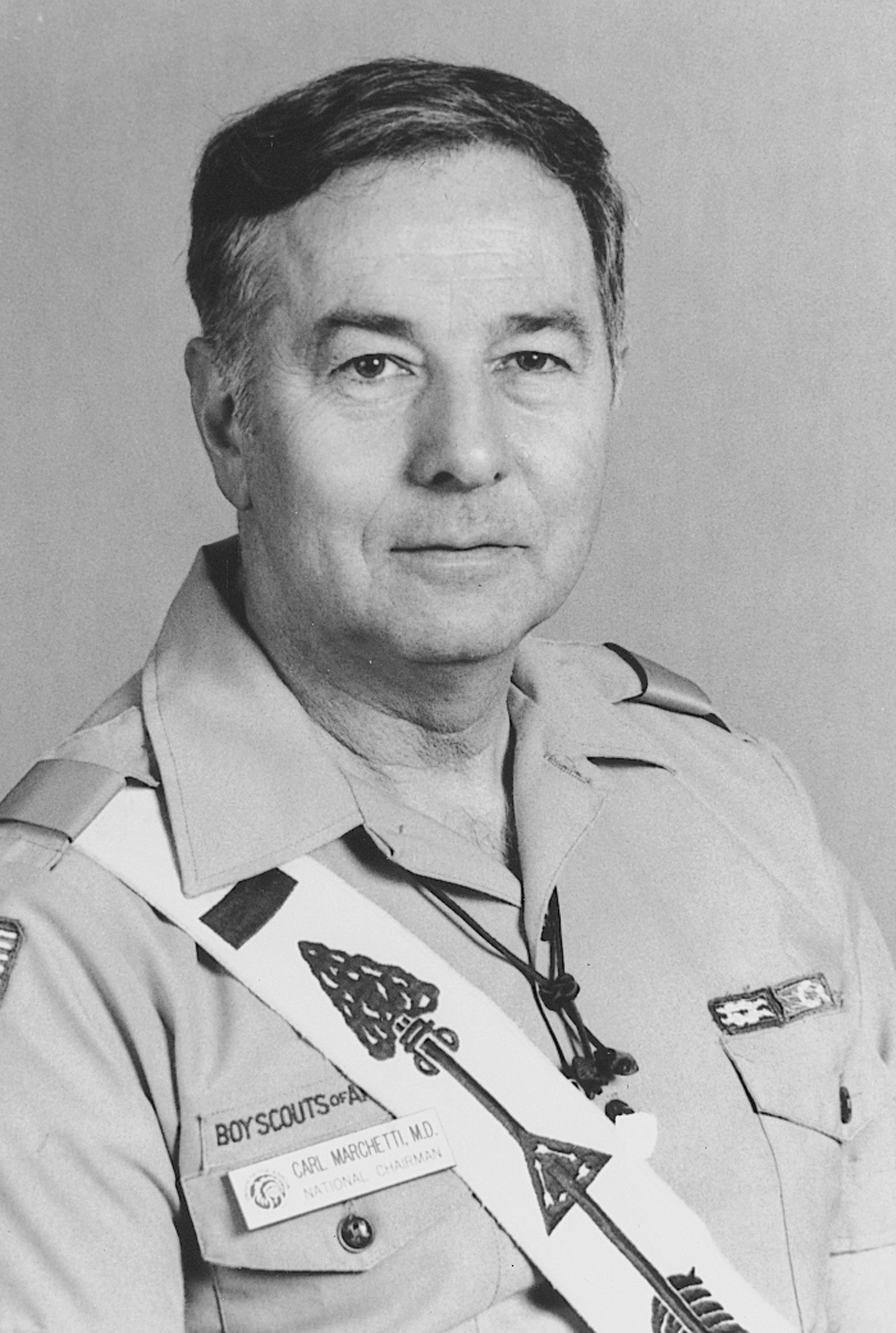 For Carl M. Marchetti, M.D., servant leadership has been an important part of his life for years. His service and involvement spans all aspects of Scouting, from Cubs through Boy Scouts as well as Exploring and Venturing and the Order of the Arrow.

He has served as council commissioner and council president, lodge chief, section chief, lodge adviser, area adviser, Northeast Region Order of the Arrow committee and is an Eagle Scout and Explorer Silver Award recipient. Throughout his distinguished career, he has received many honors including the Distinguished Eagle Scout, the OA Distinguished Service Award, the Silver Beaver Award, Silver Buffalo Award, Silver Antelope Award, and in 2004, in recognition of his many years of outstanding service to the Order, Dr. Marchetti was the recipient of the second Legacy of Servant Leadership Lifetime Achievement Award.

But he was welcomed to the committee.

Dr. Marchetti's service as our national chairman for almost a decade shows his dedication to the Order and service to others. “We basically made a decision that never again would finances be a concern to the Order of the Arrow,” he said. Working with the National Council of the Boy Scouts of America, he made the OA a self-funded organization, negotiated for the NOAC trading post revenues to come to the OA and set up the OA endowment fund. His decision allowed for the creation of the lodge service grants and programs such as the OA Trail Crew and the OA Wilderness Voyage.

As chairman of the National OA Committee, Dr. Marchetti worked to make a one-year term of office for the national officers.

That made us build the entire program of Treks, Indian Seminars, Jamborees, and strategic planning sessions so that the youth who were elected in an off-conference year would have something to do, he said.

Those decisions led to more youth participating on a national level.