Daniel Carter Beard, known to many in Scouts as “Uncle Dan” Beard, was an American illustrator and author. He illustrated several books for the famous author Mark Twain. He wrote numerous articles for St. Nicholas Magazine that he later put together as The American Boys Handy Book. He was a good friend with Ernest Thompson Seton, future Chief Scout of the BSA.

In 1905, Beard founded the Sons of Daniel Boone, which used many American frontier skills as their activities. This group later merged into the Boy Scouts of America when it formed in 1910. Dan Beard was named one of the original National Scout Commissioners and held that position for over 30 years before his death in 1941. Beard and Seton are largely responsible for what is known as the “Traditional Scouting” movement (the BSA Cub Scout and Boy Scout programs, however, the term also applies to the basic outdoor skills and activities central to Scouting). Beard also served as editor of Boy’s Life, and wrote a regular column for youth in the magazine.

Dan Beard passed away on June 11, 1941. E. Urner Goodman was selected out of the national office to be in charge of the funeral. An estimated 2,000 plus Scouts lined the funeral route. 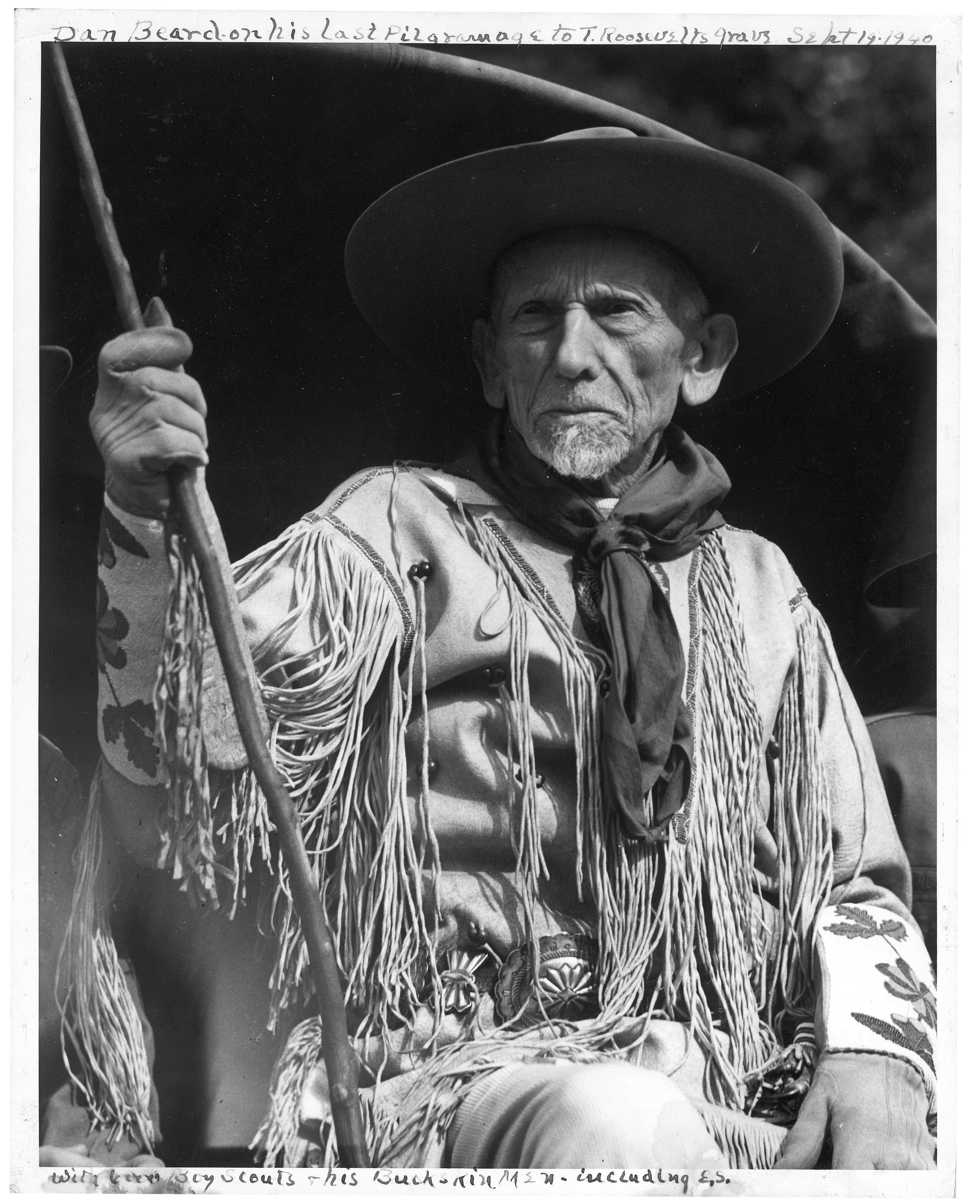