Co-Founder Carroll A. Edson Passes Away

On October 25, 1986, the Order of the Arrow was saddened to learn of the passing of the Co-founder Carroll A. Edson at the age of 94. E. Urner Goodman had preceded Edson in death making Edson the lone connection to the origin of Wimachtendienk.

Edson had enjoyed a long life. He was born December 29, 1891. He graduated Phi Beta Kappa from Dartmouth College in 1914 and a Masters Degree from Columbia University. Edson was hired in 1915 at the age of 23 by Philadelphia Council and co-founded the Order that summer at Treasure Island setting in motion a chain of events that would profoundly affect generations of Scouts. Edson’s professional Scouter career (1915-1931) included stops in Chicago as a Field Executive and Jersey City as Scout Executive.

Edson served his country as a Captain in the Army during World War I, continued to serve in the reserves and was called up to active duty in World War II rising to the rank of Colonel. From 1937 through his retirement in 1961 Edson served as the Social Security Administration manager for the Syracuse, New York office. 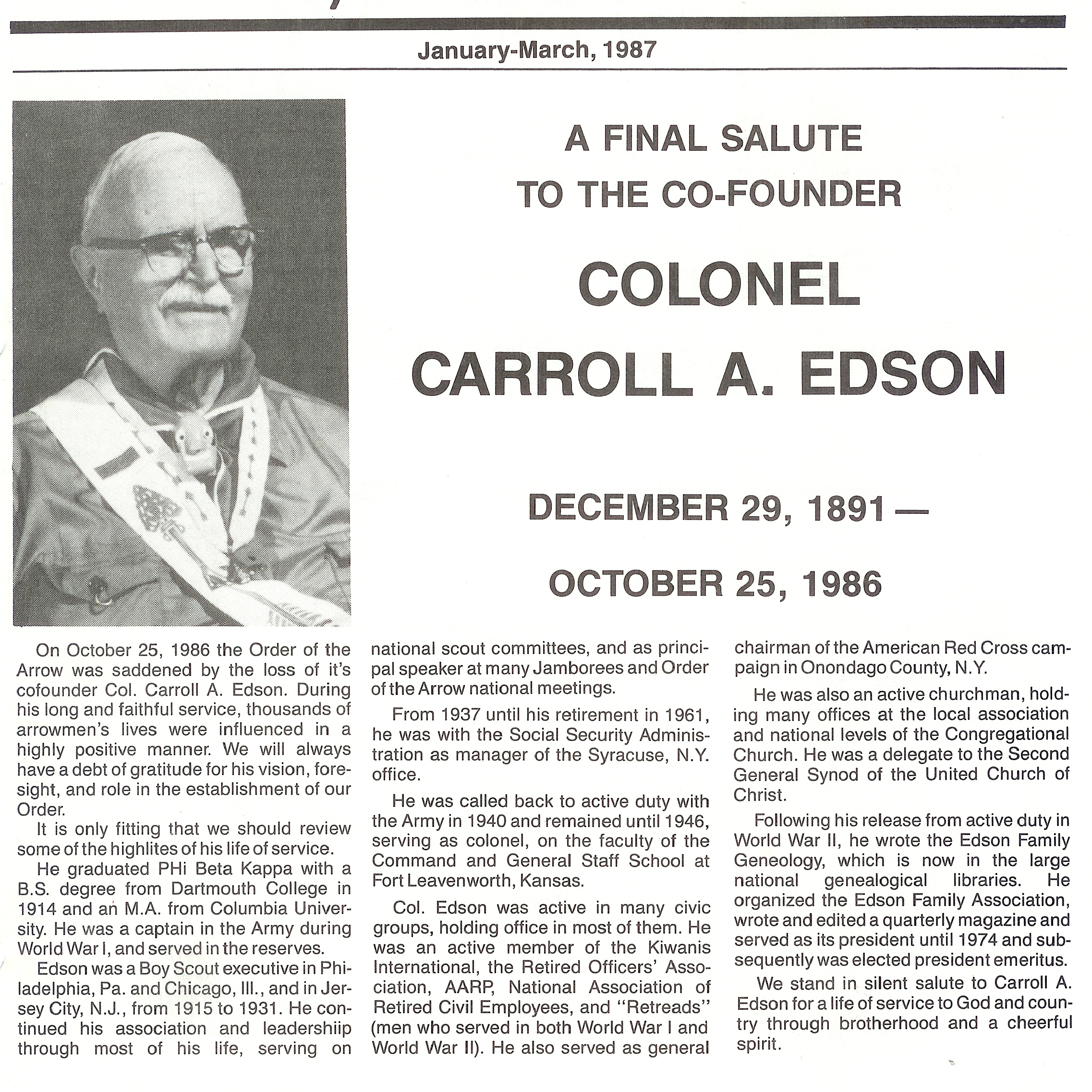