Effective January 1, 1953, George W. Chapman retired from the National OA Committee and as Vigil Secretary. Chapman agreed to stay on with the National OA Committee in the role of Editorial Advisor. Chapman had served the Order for nearly forty years. He had been there since the beginning, a charter member inducted by Goodman and Edson in 1915 at Treasure Island. He was the first youth leader in the Order elected the first Wimachtendienk chief.

The job of Vigil Secretary h 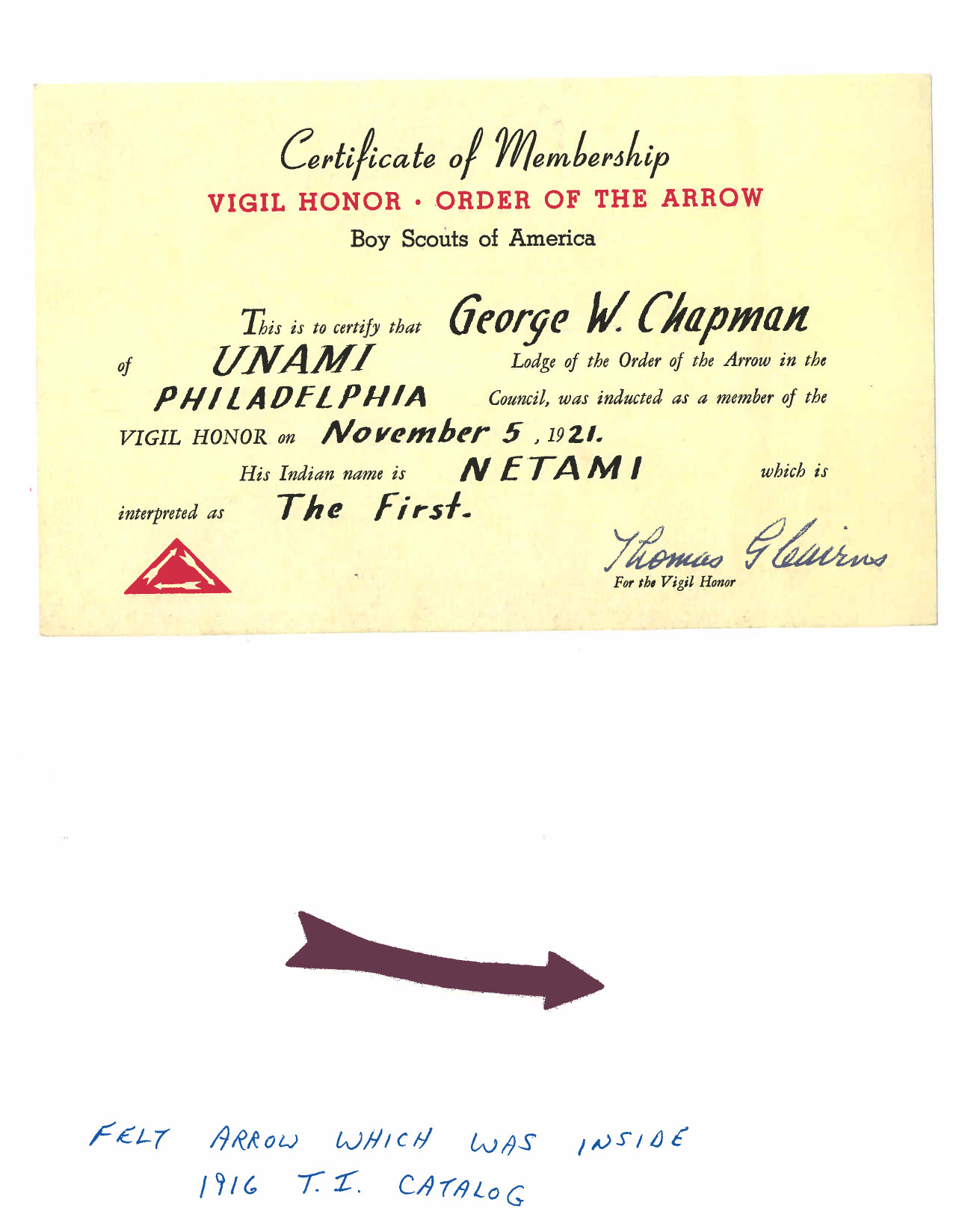 ad vastly grown in his ten-year tenure. In 1943, Chapman’s first year as Secretary there had been 23 Vigils inducted. In 1952 there were 217. The National Secretary assumed the job of Vigil Secretary.