The Order of the Arrow has been blessed by a small handful of transformational leaders that have taken a visionary position and inspired other Arrowmen to follow. The first such leader was E. Urner Goodman. It was Goodman that had the foresight to create and guide the Order at its genesis and during the early formative years. Then it was H. Lloyd Nelson who was the catalyst for innovation as he guided the Order into full integration with the BSA. Brad Haddock, like Goodman and Nelson before him, has been this type of transformational leader. 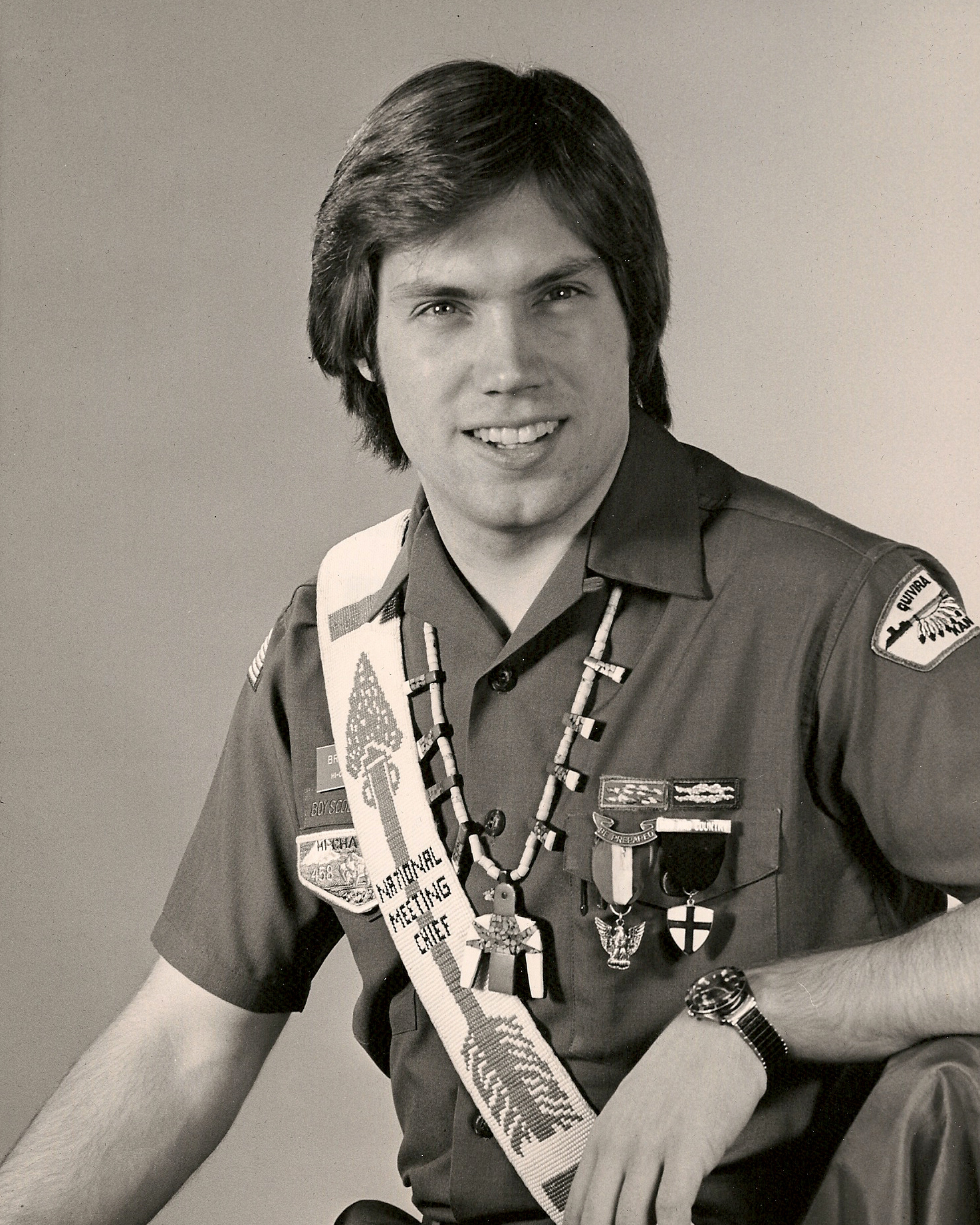 Brad Haddock arrived on the national OA scene in 1974 and has been there ever since. Brad Haddock came to the Order from Hi-Cha-Ko-Lo Lodge, Wichita, Kansas. He was elected National Chief at the 1974 National Planning Meeting. Brad demonstrated exception leadership as National Chief. For many Chiefs, the NOAC had been their singular focus. Haddock created a new model. For NOACs he insisted and received the best from those under his leadership. Brad wrote editorials in the National Bulletin. He called for and led the campaign to end patch restrictions as damaging to program. Some of his editorials may have ruffled a few feathers, and threads, all in an effort to maximize the potential of the Order.

Another example of Haddock’s enduring impact from his service as a youth was his development and implementation of the National Leadership Seminars (NLS). Under Brad’s leadership 28 Area NLS courses were taught in 1976-77.

After Brad’s service as National Chief he continued to serve on lodge, section, regional and national levels. In 1981 Haddock was appointed to the National Order of the Arrow Committee where he has served for three decades. 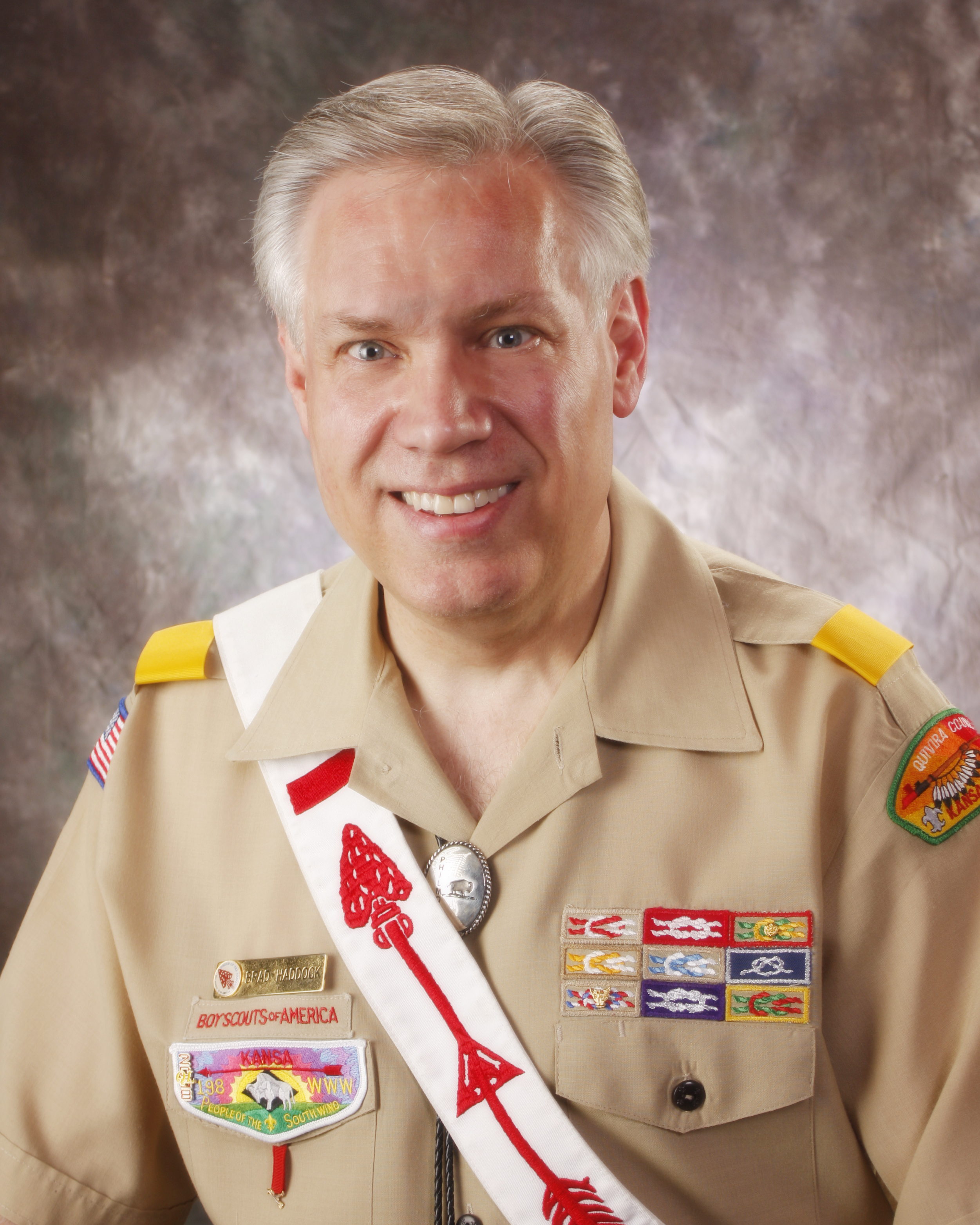 The list of the OA’s accomplishments under Haddock is impressive and long. It demonstrates the effectiveness of Brad’s leadership skills as Arrowmen rose to meet the challenges of the expanding OA. These accomplishments include:

• Introduced and use of the National Lodge Advisers Training Seminar;

• Completed the third cycle of the Lodge Assistance Program;

• Played a significant part in the 2001 and 2005 National Jamborees with the OA Service Corps, Youth Staff Service Camp, The Outdoor Adventure Place, the American Indian Village, and two highly successful original productions - Scoutopia and Twelve Cubed - which were ranked as top events and highlights of each Jamboree;

• Revised and updated the look and user-friendliness of the National OA Web Site, including placing a stronger emphasis on service to and integration with the council, on-line resources, and event and high adventure promotion;

• Introduced the Conclave Training Initiative in 2002 and provided new CTI topics each year for use at section conclaves;

• Introduced improvements to the National Leadership Seminar in 2003;

• Contributed $300,000 on behalf of the OA's membership to the National BSA 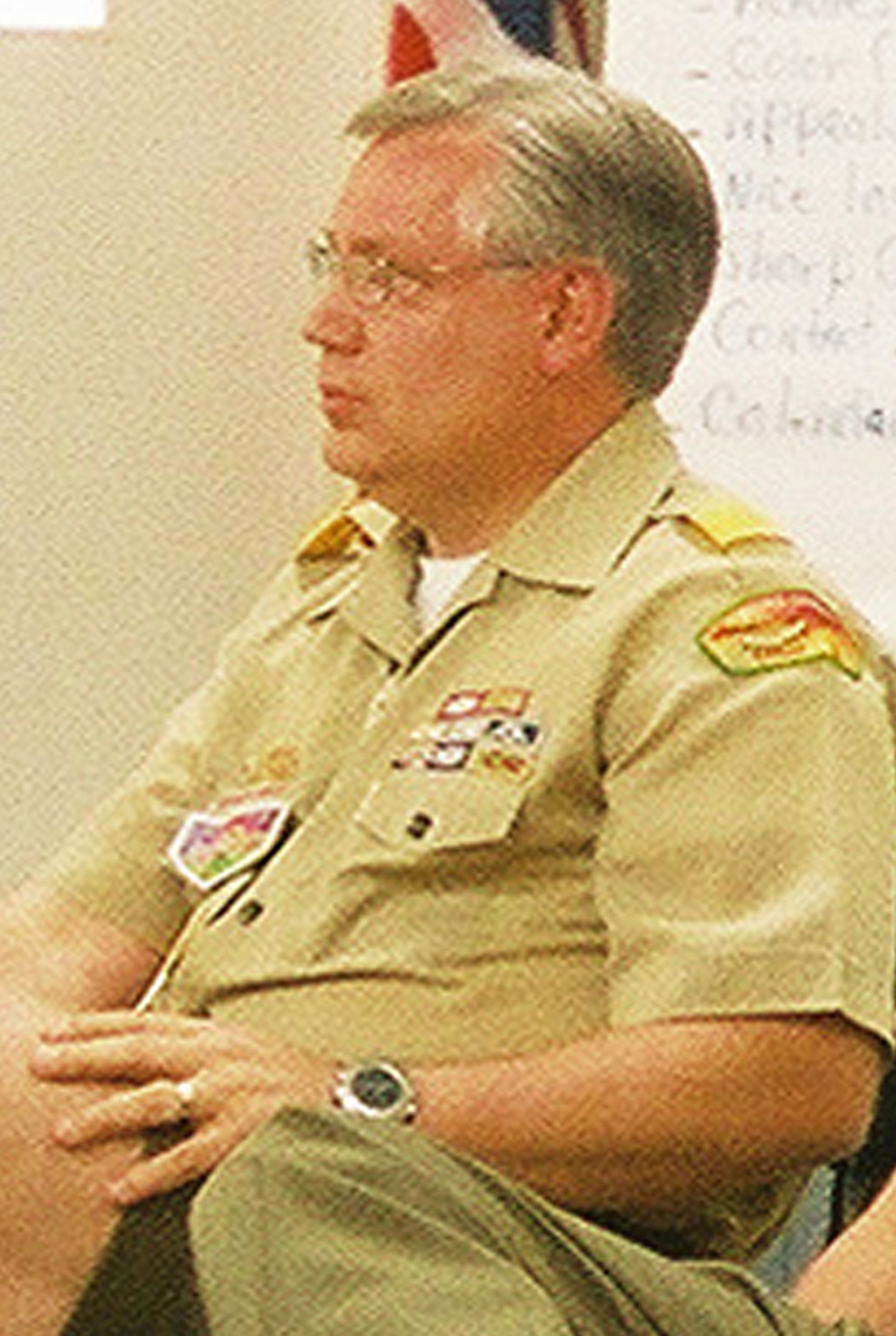 Museum to assist in the preservation and presentation of BSA and OA history;

• Launched the JumpStart initiative on the OA website resulting in an increase in Brotherhood Honor membership;

• Conducted five National Order of the Arrow Conferences - the conference at Michigan State University in 2006 was the largest ever held with 8003 staff and participants from every council;

• Held the National Conservation and Leadership Summit in 2007 to prepare for ArrowCorps5, introduce the new strategic plan, and assist lodge leadership in developing a plan for implementation at home;

• Provided leadership training to more than 7,500 youth and adult leaders through the National Leadership Seminars;

• Saw the Order’s high adventure programs continue to grow and serve as an outstanding example of service - more than 2,300 Arrowmen have participated in OA Trail Crew at Philmont Scout Ranch and completed 18 miles on six major trails since its humble beginnings in 1995; the OA Wilderness Voyage at the Northern Tier High Adventure Bases completed 11.7 miles of 41 portage trails through the efforts of 850 participants since 1999; and, since 2005, more than 350 participants in the OA Ocean Adventure at Florida Sea Base have provided 14,000 hours of service to the Keys; and

• Successfully completed ArrowCorps5 - an unprecedented service project focused on conservation, environmental sustainability, and wildlife habitat benefits - the largest and most ambitious service project undertaken by the Boy Scouts of America since World War II and the largest single volunteer service project ever received by the U.S. Forest Service in its rich 104 year history.

Brad Haddock’s stewardship has led the Order of the Arrow into the twenty-first century completing the Order’s transition from a simple camp honor fraternity into Scouting’s National Honor Society, all while encouraging the youth to ‘drive the bus’ and become leaders. The National Council awarded Haddock the Silver Buffalo Award in 2006, in recognition of his years of devotion, leadership and service.