The Universal Arrow Ribbon first introduced in 1942 had always pointed over the wearer's left shoulder. Starting in 1950 the OA decided to rid itself of code words that referenced “left” and instead used "right". 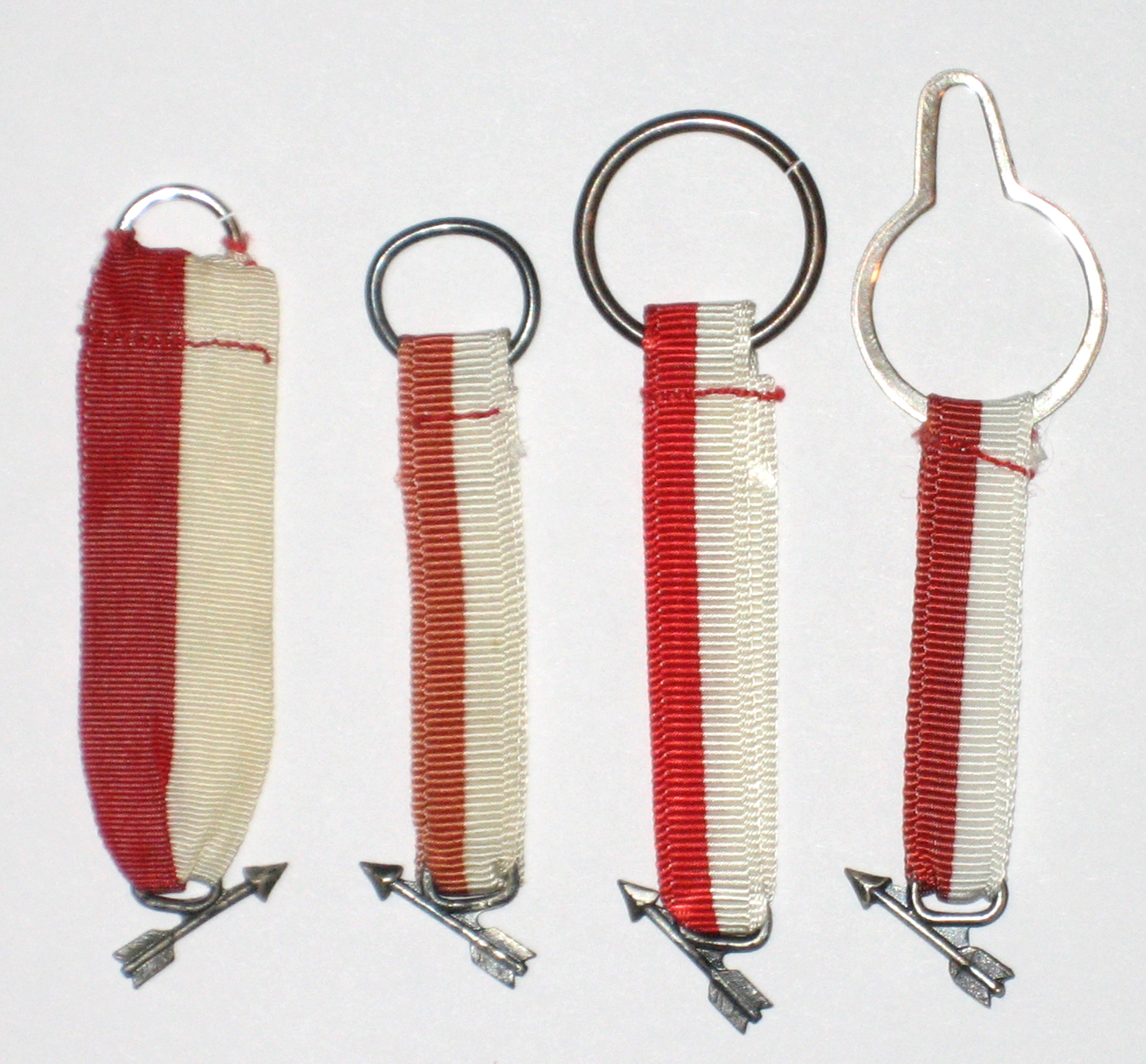 The Admonition was no longer left for Kitchkinet; it was only right for him to convey. Starting in 1952 the Universal Arrow Ribbon would point over the wearer’s right shoulder; where it still points today.