On January 1,1973 the OA announced the greatest change to the Area/Section system of lodge organization in 25 years.

This time the change was not from expansion. Instead it was triggered by the contraction of the region system from 12 numbered regions to six named regions. Also, with the rising number of council/lodge mergers reorganization, it made sense to consolidate. 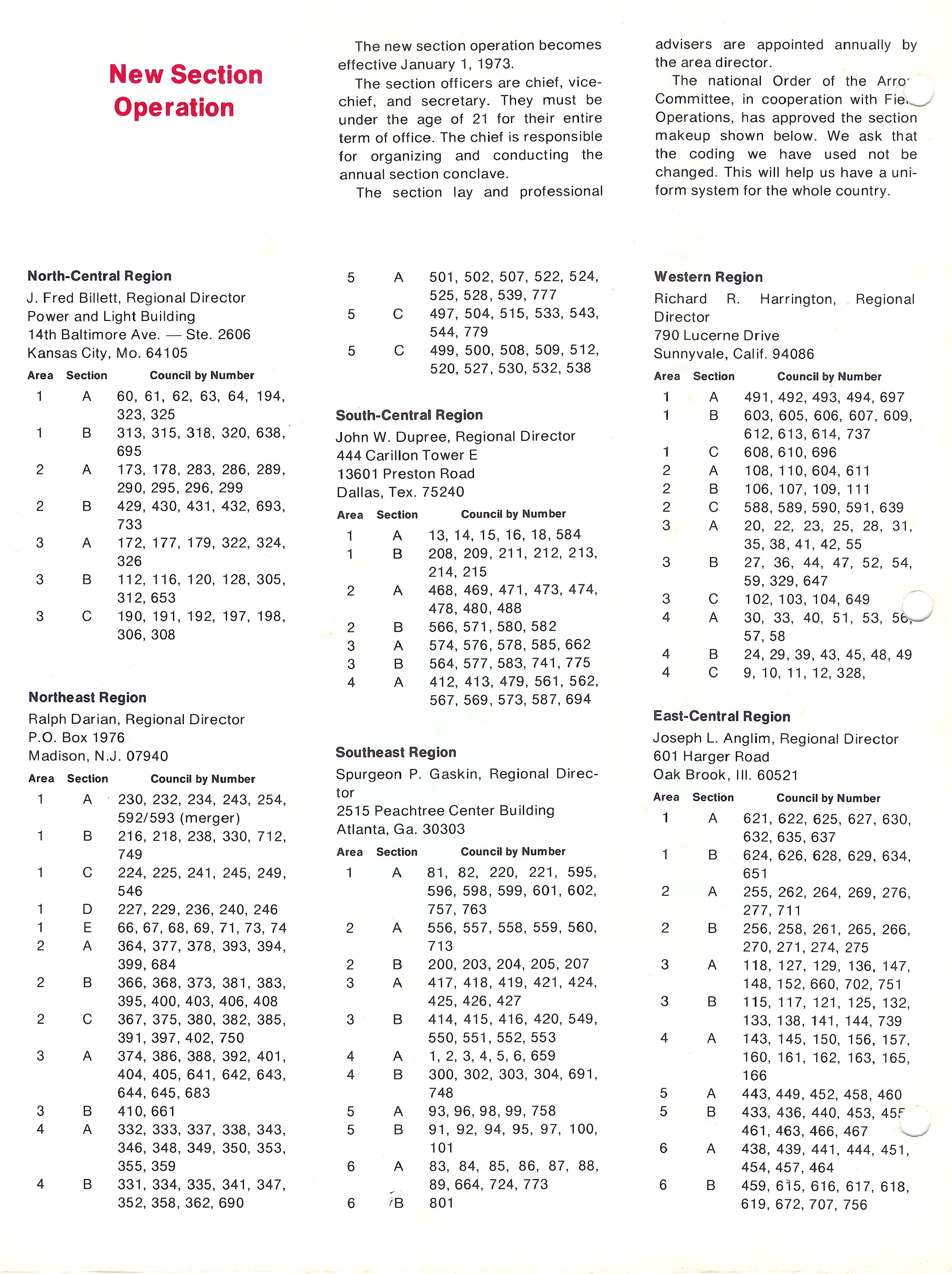 region was first broken down into areas with subdivisions called sections.

For example North Central Region was divided into three areas. They were Area NC-1, Area NC-2 and Area NC-3.

These Areas were further subdivided into sections, so in Area NC-1 there was a Section NC-1A and an NC-1B.

This system remained in place until December of 1992 when the six BSA regions were consolidated to four regions.

At that time the lodges were reassigned in a similar fashion to the 1973 reorganization.