The 1960 National Jamboree was held at Colorado Springs, Colorado, from July 22 to 28 with the theme “For God and Country”. 56,377 Scouts and Explorers participated in the jamboree.

To open the jamboree, 200 Native Americans set up a huge tepee village on stage as James Arness (Marshall Matt Dillon of television’s “Gunsmoke” series) narrated a western story. Scouts shared daily chores, cooked their own meals as was now the tradition, took part in displays, campfire gatherings, demonstrations, skill contests, a rodeo, and made inter-camp visits during the event. 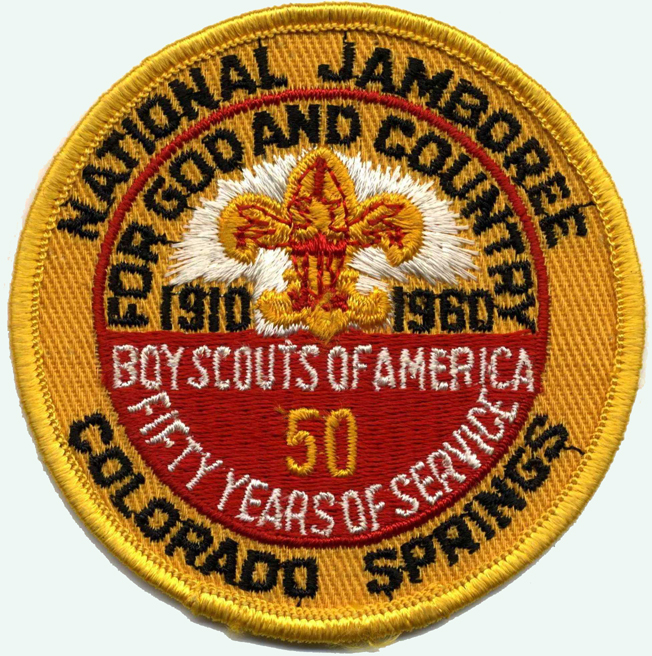 Prior to the Jamboree, a number of plans were put in place by the OA to recognize the BSA Jubilee anniversary. Originally three service troops were proposed, but it was determined that only two service troops to support the Jamboree would be provided. Arrowmen were selected (a minimum of one from each service area) and were approved by the National OA Committee. Cost was free, but Arrowmen needed to pay for their transportation. Service duties were similar to what had been performed at prior jamborees in support of the operation and logistics of the jamboree and where ever else help was needed. Arrowmen were particularly visible performing security details to keep Scouts away from the stage area during shows by wielding large BSA staves.