The 1997 National Scout Jamboree was held at Fort A.P. Hill, Virginia, from July 28 to August 6 with the theme “Character Counts . . . Be prepared for the 21st Century”. 36,015 Scouts participated in the Jamboree.

1997 marked another year for expansion for the OA at the Jamboree. The OA conducted four programs at the jamboree: OA Service Corps, The Outdoor Adventure Place (or TOAP), the OA Indian Village, and a new idea “Odyssey of the Law” program in addition to continuing to provide leadership service for the Youth Services Subcamp. 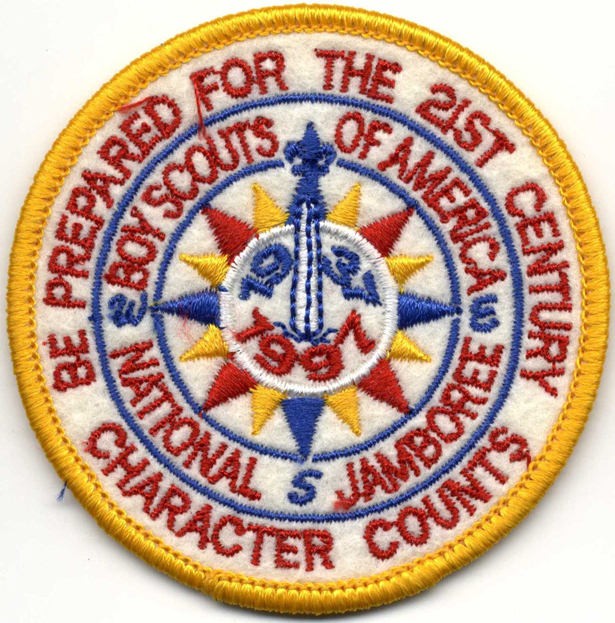 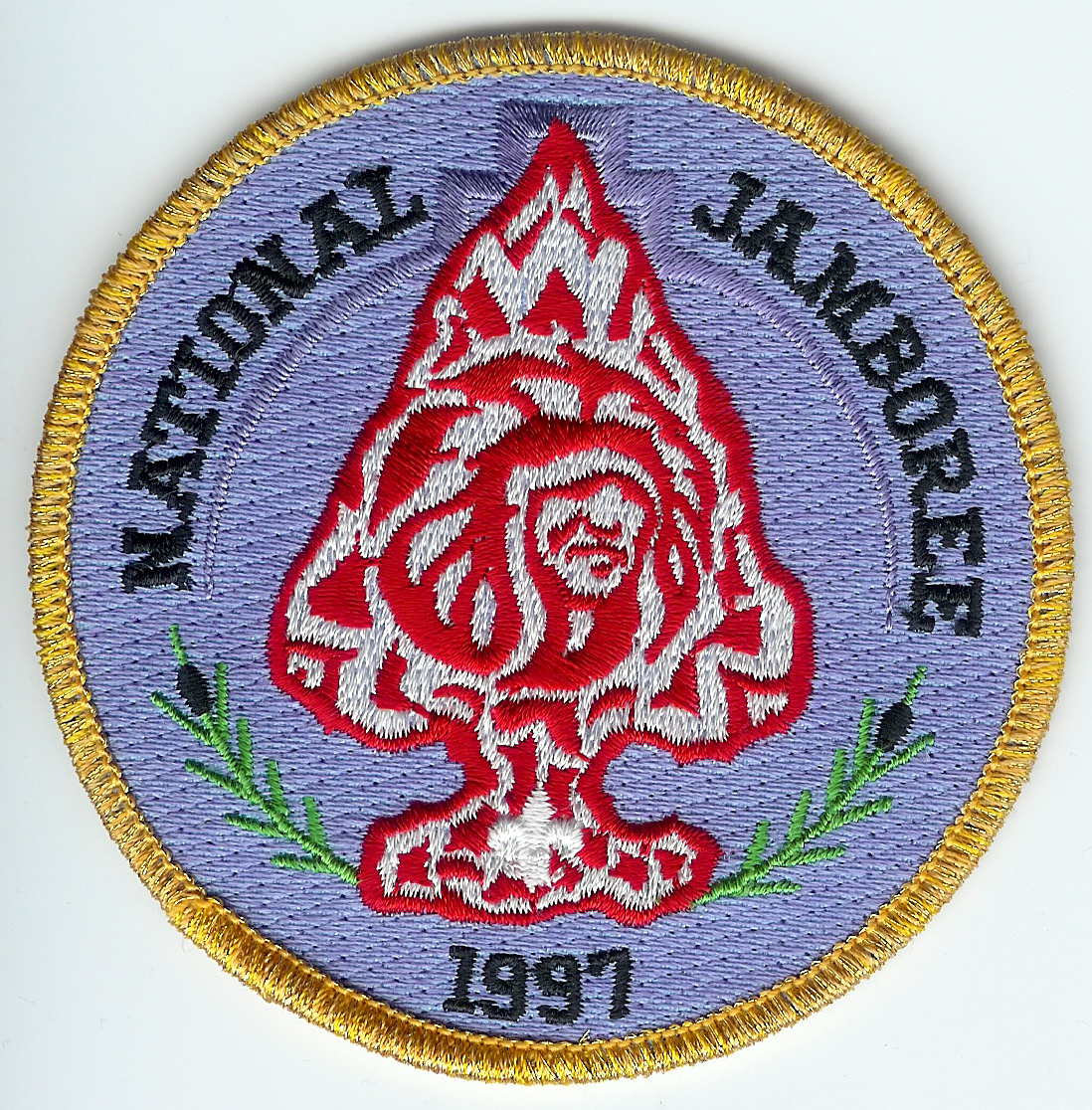 Approximately 150 youth Arrowmen served in the OA Service Corps providing cheerful service at the jamboree as aids, honor guards, runners, arena shows assistants, ushers and a wide variety of other assignments. At the Outdoor Skills Place or TOAP, approximately 60 Arrowmen provided Scouts the opportunity to test their camping and outdoor skills in a model campsite. The latest in Boy Scout equipment was also displayed and demonstrated. At the OA Indian Village, another 60 Arrowmen set up and staffed a Native American Indian village showing Indian culture that included nightly Indian dancing.

The Odyssey of the Law was a new area for the OA and instantly became a huge success. Approximately 125 Arrowmen worked together to create and put on an interactive show and video presentation that challenged Scouts to rely on the Scout Oath and Law when making decisions in their lives. This effort was one of the most popular attractions at the jamboree and was attended by over 20,000 participants.

In addition, approximately 18,000 Arrowmen gathered for an arena show to hear from our National officers, learn about OA programs and enjoy special entertainment.