During the opening show, Steven Spielberg spoke to Scouts, sharing the stage with country singer Lee Greenwood. Spielberg told the Scouts that he owed his career to Scouts and that it was Photography Merit Badge that led him to make his first film (about a UFO landing near Scouts camping) and that was why he became a filmmaker. Newly elected President George H.W. Bush addressed Scouts by praising them for their leadership and role in confronting the problem of drug abuse. 1989 also marked the first year that female-registered campers could attend a BSA National Jamboree. 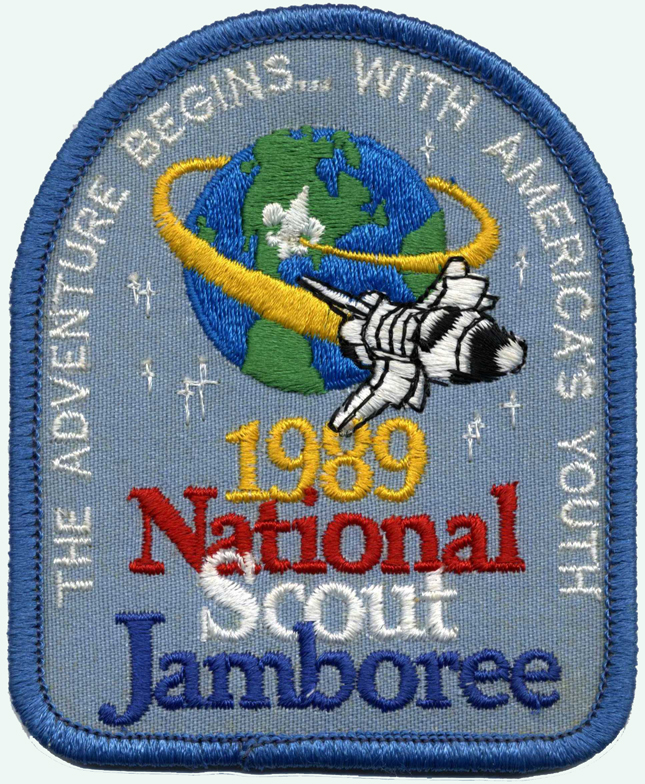 The role of the OA included the traditional OA Service Corps, but expanded to include an on-site radio station, and a Native American Indian village.

139 Arrowmen served in five Service Corps troops. Service Corps members performed a variety of important tasks at the Jamboree including: raising flags for the opening ceremony, escorting special guests, or working in the program areas. The first OA Indian Village involved forty-five Arrowmen and advisers in an effort to create and live in an authentic Indian village that provided authentic Indian culture. Throngs of visitors enjoyed Arrowmen doing Indian crafts, playing native games, and presenting Indian dance demonstrations. Another first was the OA providing the impetus and manpower to run FM radio station WBSA during the jamboree.

As in past years, a number of National OA Committee members provided valuable leadership to the Jamboree including leadership for the Youth Services Subcamp.