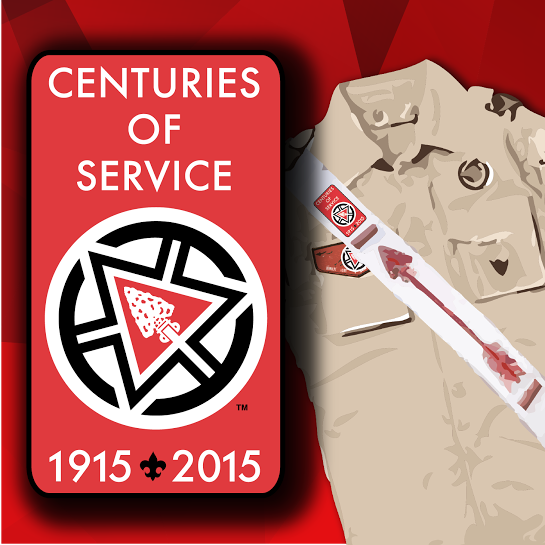 On July 16th, 2014, the Arrowman Service Award was released as an opportunity for Arrowmen to commemorate the Order’s centennial anniversary and deepen their participation in the 2015 celebration. To earn the award, an Arrowman must complete three categories of criteria with various requirements. These categories are personal growth, Scout service and 100th events. Each contains a required task and then several other requirements to choose from, so that Arrowmen have options when completing the award. For the 100th the required task is as follows: “Contribute a 100th #OA100 OR contribute to your lodge’s centennial history book.”

The first part of this requirement is aimed at connecting Arrowmen across the nation on different social media platforms. To create a hashtag, all you have to do is place the pound sign (#), also called a “hash,” before some text. Then, your post is “tagged” and labeled with that hashtag. When you place a hashtag in a post or tweet, that tweet can be easily accessed when that label is searched. This makes the hashtag a simple metadata identifier, which links similar posts to each other. When an Arrowman uses #OA100, his post joins every other post tagged #OA100 and builds a library of #OA100 posts.

As this library grows, Arrowmen everywhere will be able to access it over Twitter and Facebook. Eventually, the national OA communications team’s social media group will feature some of the photos in a gallery. So, as you plan or attend 100th anniversary events, make sure to take pictures and share them with the hashtag: #OA100. You can start earning the Arrowman Service Award, and maybe even get your picture featured by the OA!