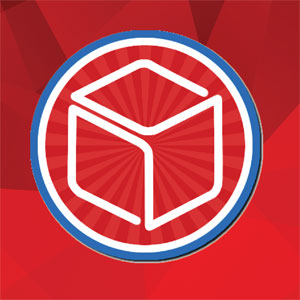 The opportunity to making a lasting memory of a merged/non-active lodge has been extended. The National Order of the Arrow Committee has set new deadlines.

One of the many programs being held in 2015 to commemorate the Order’s centennial anniversary is the Legacy Project—a  program carried out by individual lodges to leave their mark and preserve their history during the 100th anniversary of the Order of the Arrow. The first part is the submission of a rock from each lodge’s local area inscribed with the name of that lodge and the city in which they are located. These rocks will be placed on display at the 2015 National Order of the Arrow Conference. Recently, a resolution was adopted by the National Order of the Arrow Committee to allow lodges that are no longer in existence to submit rocks and be represented as “legacy lodges” in the commemorative display.

This new opportunity, through which lodges can submit additional rocks on behalf of merged/non-active lodges that came before them, is yet another unique way for Arrowmen to preserve their history in the centennial. Lodges that wish to submit these legacy lodge rocks may do so in one of two ways: first, they can procure a rock on their own, engrave it locally, and send in care of National Chairman Ray Capp or they can use the Non Active Lodge Order Form to have a high quality rock engraved at an affordable price directly by a monument company.

In order to submit a lodge rock, certain criteria must be followed: it must fit in a box measuring 20 inches x 8 inches x 6 inches; it should be made of natural stone that would not be adversely affected by heat or handling during transportation; and it should contain text that is 1 to 2 inches in height indicating the lodge name (omitting the word “lodge” and lodge/council numbers), city of origin and state postal abbreviation over no more than three lines. Rocks submitted on the behalf of merged/non-active lodges must follow all of the instructions for regular rock submissions, in addition to one additional guideline: the third line of text on the rock should indicate the years during which the lodge was active.

All rock orders via the monument company must be received no later than May 1, 2015. Those lodges submitting rocks directly to Ray Capp must arrive by June 1, 2015.

Already, more than 30 legacy lodge rocks have been submitted.

You do not want to miss out on this unique opportunity to respect your lodge’s historical roots, so be sure to submit your legacy lodge rocks on time! These legacy lodge rocks will be grouped together in a retrospective manner as part of the commemorative display at the 2015 NOAC, which is sure to be one of the many key highlights that will make the 100th anniversary celebration of the Order of the Arrow so significant.

Please note, there are specific specifications for lodge rocks that are submitted. Please reference these criteria here.