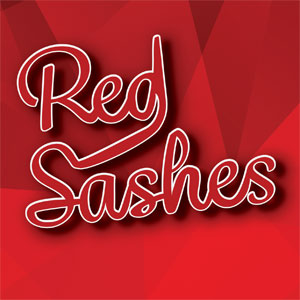 The 2015 National Order of the Arrow Conference will be marked by a special commemorative red sash given to each guest and staff member. The sash will not be level specific, so each Arrowman – an Ordeal, Brotherhood or Vigil Honor member – will receive the same design on their sash. These souvenirs are also available as a thank you to those adults who gave up their spot as a lodge contingent member because of the recently capped conference attendance. Every adult who was registered for the 2015 NOAC through October 10th, 2014 will have the opportunity to purchase the inverted sash. The proceeds from these sales will be split evenly between the lodge and the OA nationally. Information on how to purchase the sash will be sent to contingent leadership in the upcoming months.

There have been six instances in the Order’s past that special sashes have been produced. The first unique sash was given to national committee members at the 1950 NOAC. They each wore Vigil sashes of inverted color, so that they could be easily identified and approached with questions about the OA’s official incorporation into the Boy Scouts of America’s program, which occurred in 1948. While these sashes were specifically for the 1950 NOAC, recipients wore them for a few years afterwards.

Three years later, Dr. Carl Marchetti stepped down from his position as national chairman. He commissioned individually numbered black Ordeal sashes with white backing. Dr. Marchetti gave these sashes to members of the national committee, as well as to other people of his choice. Each sash had the name of the recipient and a dated personal message from Dr. Marchetti on the back. These sashes were first given to the national committee members on December 19th, 1993.

At the 2012 NOAC, 50 commemorative sashes were sold benefiting the endowment to recognize Dr. Carl Marchetti’s 50 years of service to the National Order of the Arrow Committee. Each sash had inverted colors, and was made of felt. The sashes were numbered, and the Vigil Honor triangle of each had gold mylar arrows.

Now, Arrowmen from across the nation have the opportunity to have their own commemorative sash. The inverted sash is allowed to be worn only at the 2015 NOAC and is a distinctive display of participation in the centennial anniversary of the Order of the Arrow.